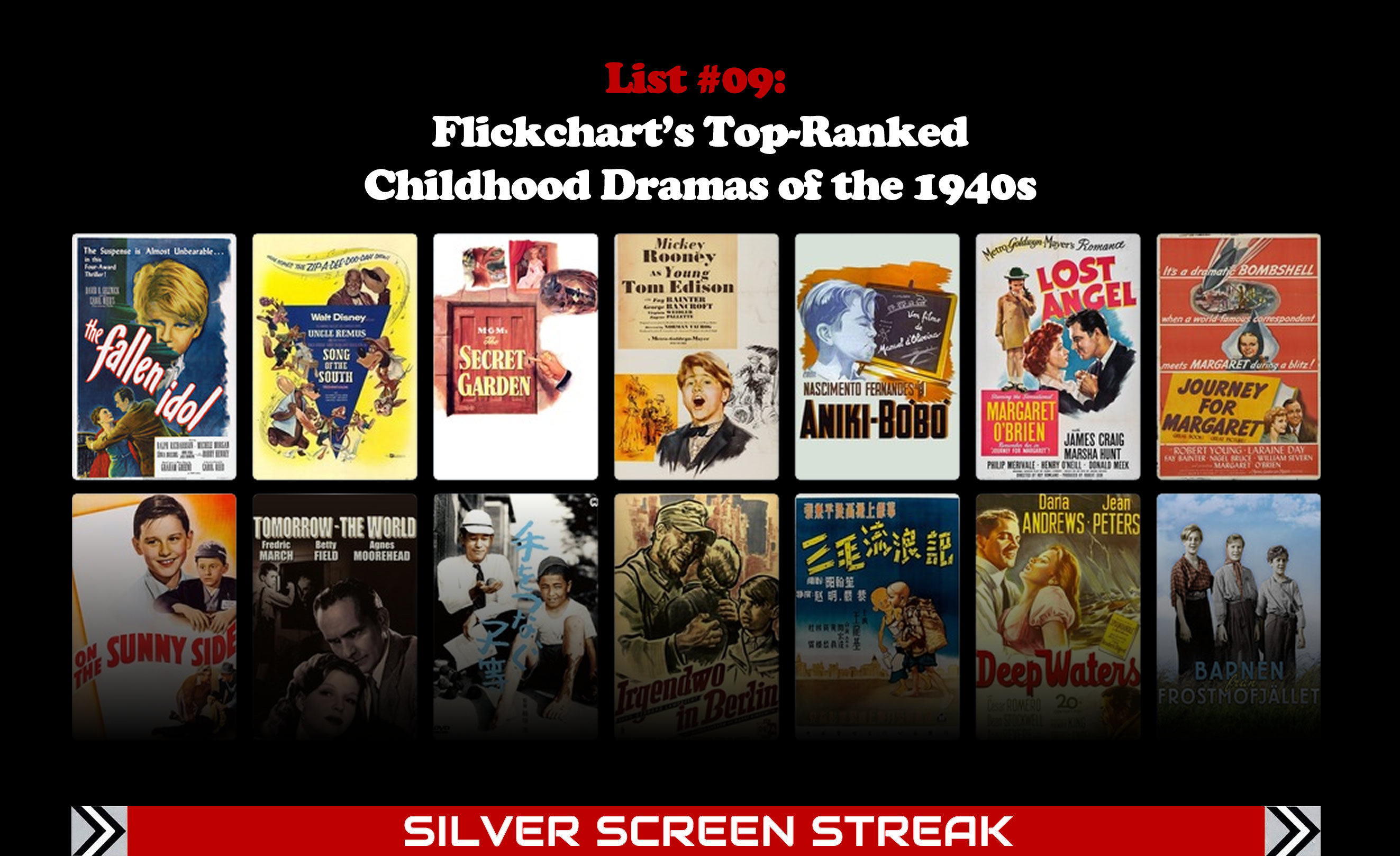 My Silver Screen Streak movie challenge takes a sharp left turn from the previous list, Flickchart’s Top Mindbenders — which started with the intentionally depraved surrealist onslaught of The Holy Mountain (1973) — to its most wholesome and specific list, Flickchart’s Top Childhood Dramas of the 1940s, which was suggested by my Flickcharting friend Hannah Keefer.

I don’t know much about the movies on this list, except that one my favorite child actors, Margaret O’Brien (Tootie from Meet Me in St. Louis (1944), appears in a few of the first 10 movies. I’ve only seen one of the 15 movies on Flickchart’s list, David Lean’s wonderful 1948 adaptation of Oliver Twist. Here are the others: