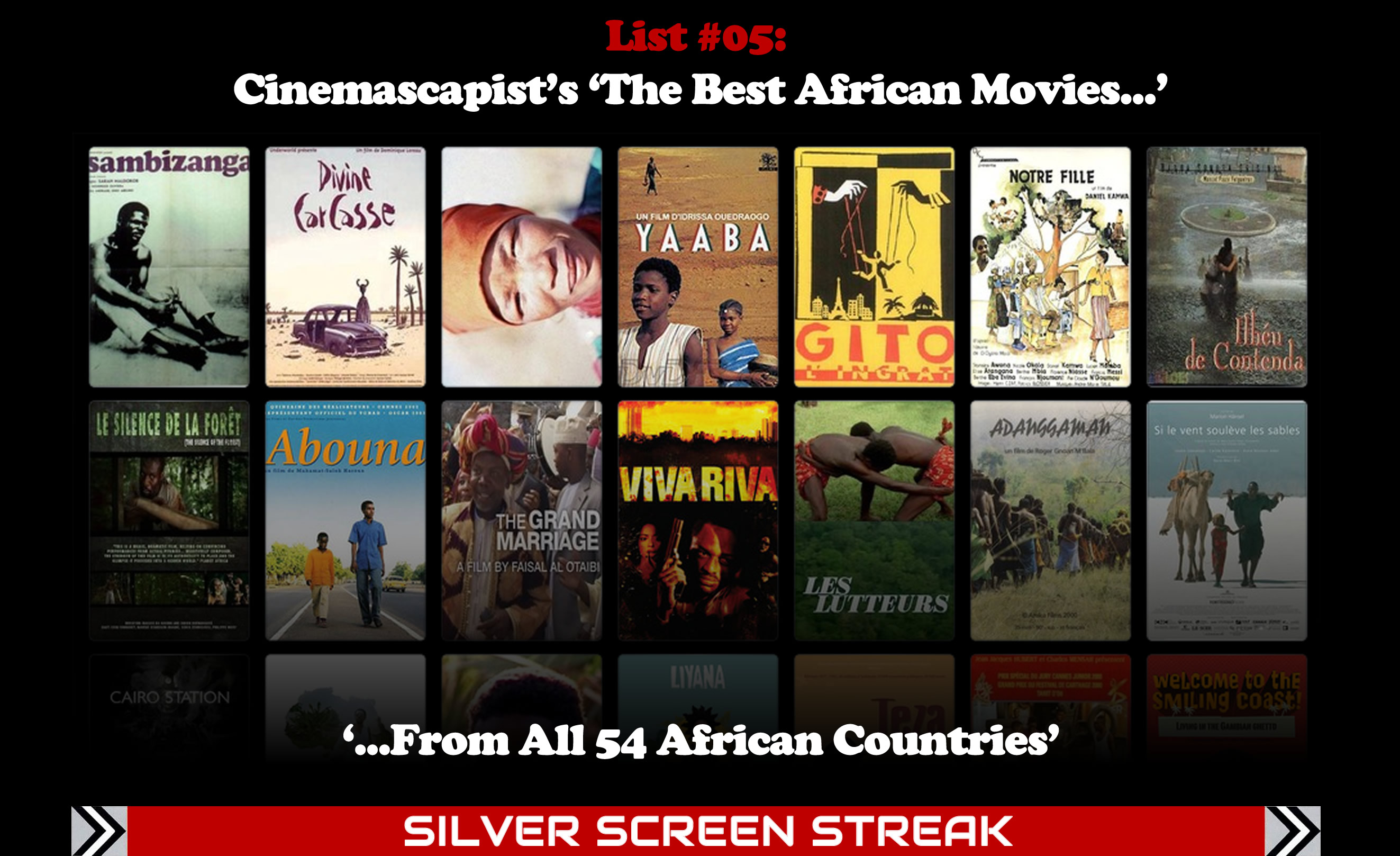 Cinemascapist's "The Best African Movies, From All 54 African Countries"

The fifth list contributed to my Silver Screen Streak Movie Challenge, is an interesting idea, but I'm not sure how well it will play within this movie challenge's specific rules. Flickcharter Andy Nelson chose a list of, ostensibly, the single best movies from each of 54 different African countries. While this list surely contains some hidden treasures, it's also likely to be drawing from limited resources for countries with barely any film industry, and, understandably but more worrying, is ordered alphabetically rather than attempting to list them from Best to Worst. This could result in some not so accomplished or effective entries very early on, killing the potential of a streak.

I've only previously seen two movies from this list, The Battle of Algiers, and last year's Kenyan love story RAFIKI; the other 52 are all on the table, theoretically. Since I don't know anything about any of them, however, I'll limit my comments below to the general state of movie-making for the first five countries and the reputations of the filmmakers.

If those first two movies fare well enough on my Flickchart, I'll continue on through the following, as long as they entertain me.