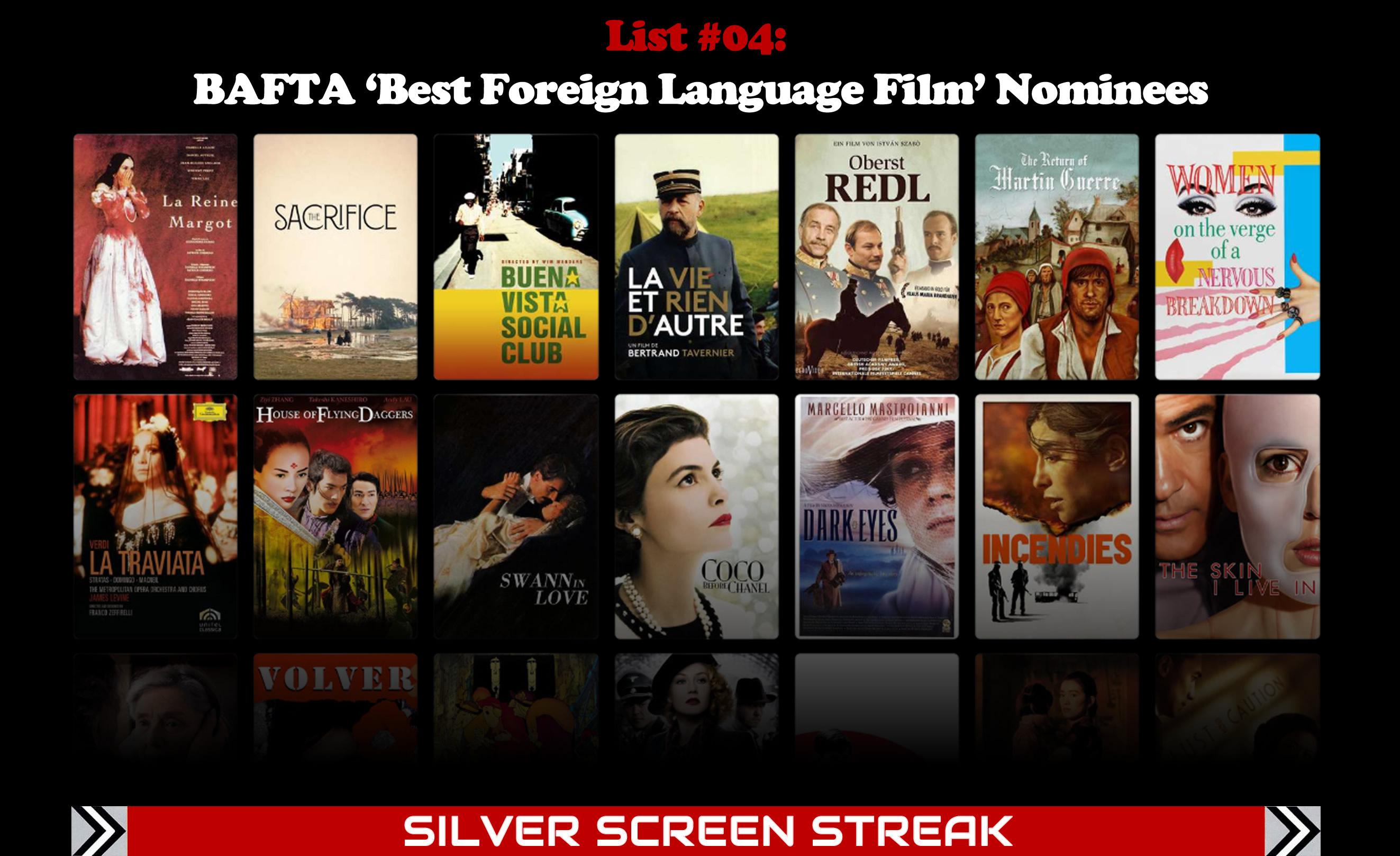 For the fourth list in my Silver Screen Streak Movie Challenge, David Conrad wants me to work my way through his Flickchart's rankings of BAFTA's Foreign Language Film Nominees. The BAFTAs are the British equivalent of The Oscars (named after the British Academy of Film and Television Arts) and because they are voted for and presented by people with snooty accents, they are generally considered more sophisticated than Hollywood when it comes to foreign language films. Actually, the BAFTAs tend to draw their foreign language nominations from the same small pool of submissions as do The Oscars, so there’s a lot of overlap, making most of the films/filmmakers represented here known quantities to different degrees.

If those first two movies fare well enough on my Flickchart, I'll continue on through the following, as long as they entertain me.