They're dying to play with you.

John McNaughton's playful but slight neo-noir Wild Things fortuitously merged a couple of increasingly profitable movie trends within 1990s genre filmmaking. At the beginning of the decade, a Zalman King-inspired wave of erotic thrillers began saturating the shelves of video stores and the late-night programming of premium cable movie channels. By the end of the decade, softcore had firmly inserted itself into mainstream Hollywood's playbook, heavily indebted to Paul Verhoeven's evolutionary embrace of sexploitation as pure camp, starting with Basic Instinct and culminating in his sleaze epic Showgirls. At the same time, a new generation of screenwriters began fetishizing the concept of the twist ending, with The Usual Suspects and, later, The Sixth Sense putting skilfull narrative trickery at the forefront and proving that deft sleight-of-script could be just as titillating as the more prurient elements of sex and violence to the new generation of audiences who had already internalized all of the usual genre tropes. Wild Things tangles up sensationalized sexuality and relentless plot-twisting with a refreshingly clean sense of fun in a menage-a-trois that became a surprise sleeper hit, nearly tripling its modest budget at the box office.

Matt Dillon starts as Sam Lombardo, a raffish high school counselor in an upscale South Florida yacht club town, whose life is thrown into turmoil when a student (Denise Richards) from a powerful family accuses him of rape. Police (Kevin Bacon and Daphne Rubin-Vega) investigate, discovering another student with a similar claim (Neve Campbell), and Sam hires the only lawyer (Bill Murray) disreputable enough to risk countering the Blue Bay elite — but not only is nothing as it seems, nothing as it seems is nothing as it seems, as layers of local history, generational class grievances, and unlikely alliances emerge from the swamp of petty jealousies that surrounds the idyllic beach community.

Wild Things, with its underlying theme of the swamp creature-like sexual predations of teen girls, should be extremely problematic, but McNaughton's direction is so bright and fluffy, that it never feels more serious than a lark, making it not only naughtily palatable but surprisingly insubstantial for a movie with so much busy-ness going on. George S. Clinton's schizophrenic musical score perfectly distills Wild Things' curiously slapdash appeal: it careens from sloppily Hitchcockian orchestral suspense, to Twin Peaks-like jazzy menace, to unhinged throbbing jungle drums, with the only connecting thread the movie's own sense of smirkingly mischievous "Who cares?" pastiche. From a director whose breakthrough movie was the alarmingly gritty Henry: Portrait of Serial Killer, this light touch is a surprise, and it's possible that Wild Things may have been a more formidable movie if McNaughton had dug deeper into the muck rather than just using its swamp setting as another glossy background; however, with a darker approach, anything less than a searing exploration of taboos and opportunism might have sunk during a period in which so many indie filmmakers were flailing in the murky waters. That Wild Things seems to be doing everything just for the sake of easygoing provocation and in-the-moment jolts gives it little lasting value, but as a spiritedly distasteful romp, it's a good "bad" time while it lasts. 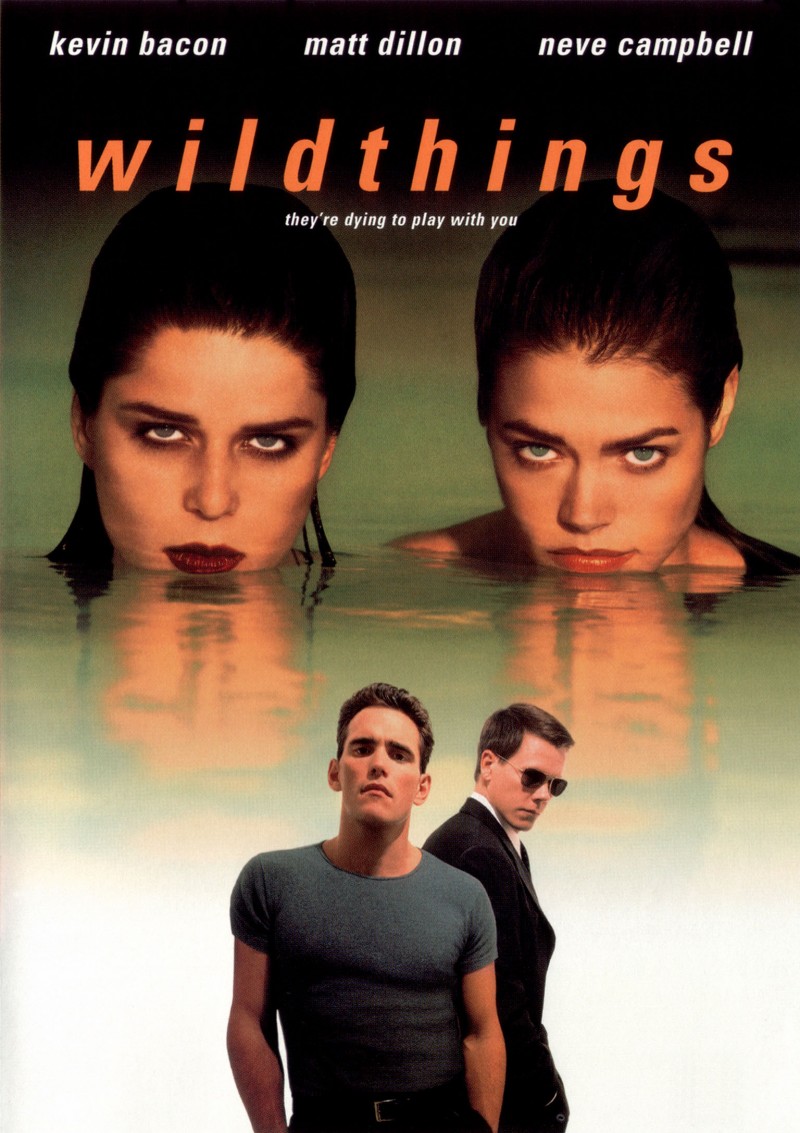