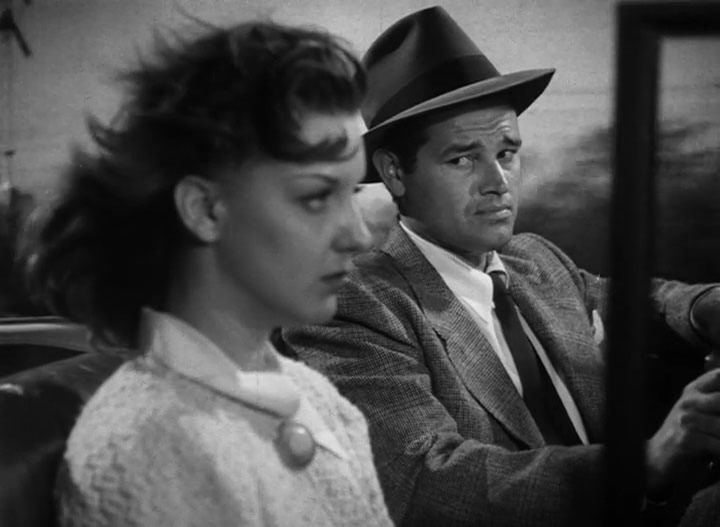 You're no gentleman, see?

Even though it's unfashionable for a cinephile to feel ambivalent about film noir, that's where I often find myself while encountering classics of the genre, like Edgar G. Ulmer's mean & cheap 1945 thriller Detour. Objectively, there's a lot that I appreciate about Detour: it's lean, dark, and stuffed with more richly venomous dialog than any other noir I've seen. Stars Tom Neal and Ann Savage give spirited performances fully immersed in the misery of their characters' measly lives — with the neat added visual touch of Savage's hair and eyebrows occasionally evoking devilish horns, perfectly complementing her alarming bursts of eye-bulging fury. With shoestring resources, Ulmer forged something truly iconic and edgy, both defining and defying the usual parameters of the genre.

However, it's often plot and character that hold me back from really loving most film noirs, and Detour clings tightly to my usual points of resistance. Al Roberts (Neal), like most noir protagonists, has no functioning instinct for self-preservation, giving his journey to the bottom a tensionless inevitability. Detour actually starts him off on rather sympathetic footing — he's an unambitious schmoe pining for a girl who cut-out for greener pastures — but the movie assumes that its work is done there, offering its lead role very little agency for the rest of the film. Aside from the massive blunder that effectively dooms him, Al is passive to the point of being slow-witted, and his key mistake occurs so early that a long stretch of this 67-minute movie amounts to little more than filler. It's morbidly fun filler, but static fun just the same.

I don't begrudge film noir its archetypes or fatalist notions, and feel no preference for happy endings, but I like to watch the destruction of characters who are engaged in their own existences, who are striving for something — even if it's a foolish (or worse) endeavor — who face their darkening futures with misguided resourcefulness, or, at least, defiant wit. Detour doesn't offer much of that, and doesn't want to. What it does offer is top-notch down-and-dirty noir hole-digging, which is pretty impressive, but that kind of thing means a lot to a majority of film aficionados and not very much at all to me. 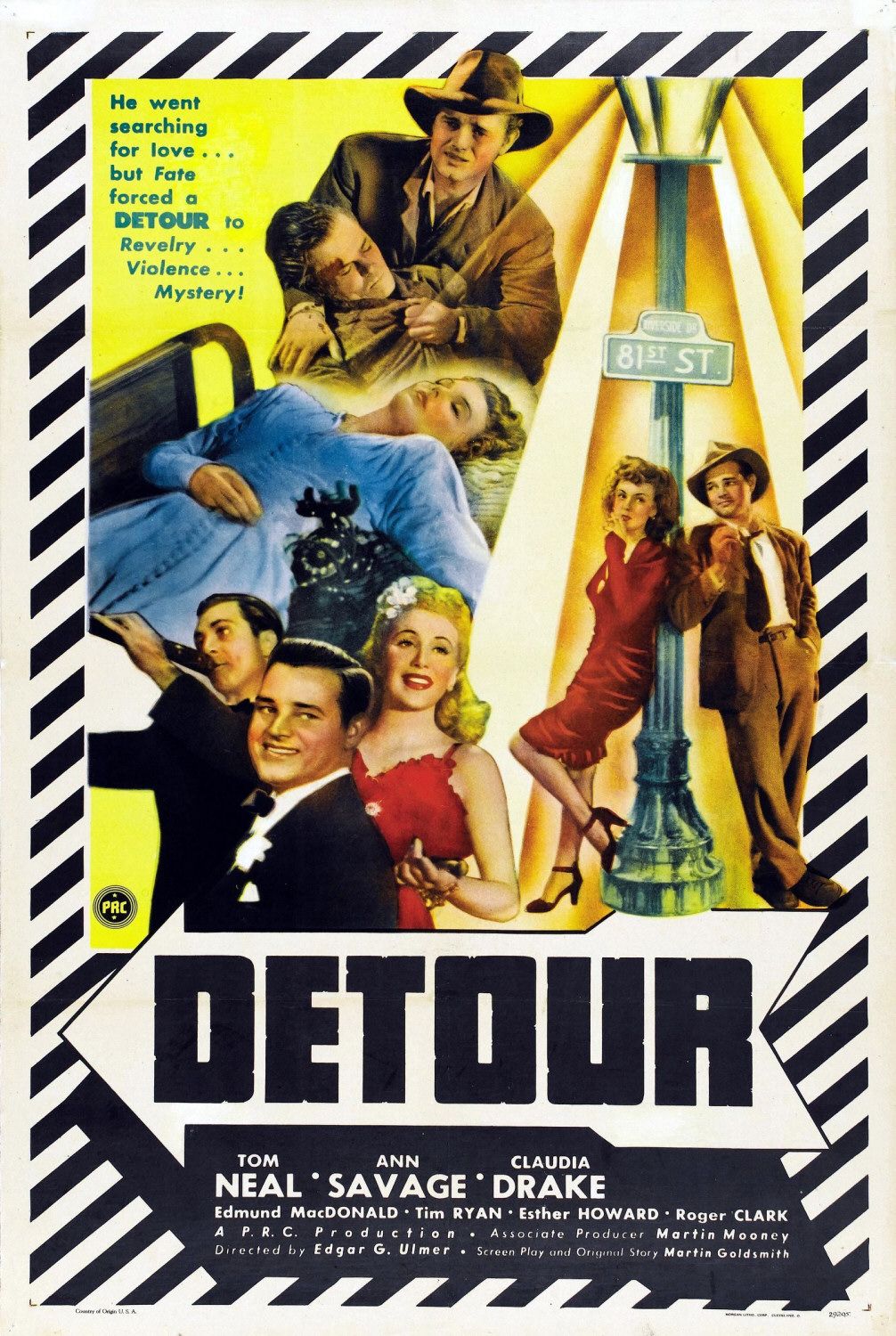