Only we understand our own fate.

Tsui Hark has always been a problematic director for me. While his capacity for spectacle is great, it often comes at the expense of story. Even in my favorite Hark movie, Peking Opera Blues, he displays either a disinterest or inability to manage his convoluted story elements. In others, like his Once upon a Time in China series, his poor narrative instincts nearly destroyed my ability to appreciate his grand visual concepts. In Time and Tide he attempts, in a manner, to address this weakness by embracing Wong Kar-Wai's style and obfuscating his story behind layer-upon-layer of visual tricks and disjointed editing.

There are compelling story elements in Time and Tide, as Hark draws parallels between a careless young bodyguard (Nicholas Tse) who wants to be involved in parenting the impending offspring of a one-night-stand (Cathy Tsui) and a guy (Wu Bai) who seems to be some kind of super-hitman, whose wife (Candy Lo) is also pregnant, but they end up on opposite (or the same?) sides of some kind of bandit gang conflict because... I had to stop midway and check Wikipedia's plot synopsis, and even that was confusing. It's all very contrived, but a good director might have worked harder to salvage something from all of its potentially interesting intersections. Hark certainly wants the emotional pay-off of a sentimental ending, but imbalances his movie with a series of solid action sequences that barely matter because of how poorly he prepares the characters and the build-up. Not being clear on who is doing what, and why it involves certain characters, and why they react the way the do really mutes the impact of both the suspenseful and dramatic components. Cathy Tsui and Candy Lo, as the expecting women, are the most appealing and interesting characters in the movie, but Hark uses them only as emotional props in the dubious and incomprehensible heroic journeys of the dulard male characters. Visually Time and Tide is far muddier and uglier looking than Hark's work from the previous decade, and it also pales in comparison to Kar-Wai's work from the 1990s, which it constantly evokes. 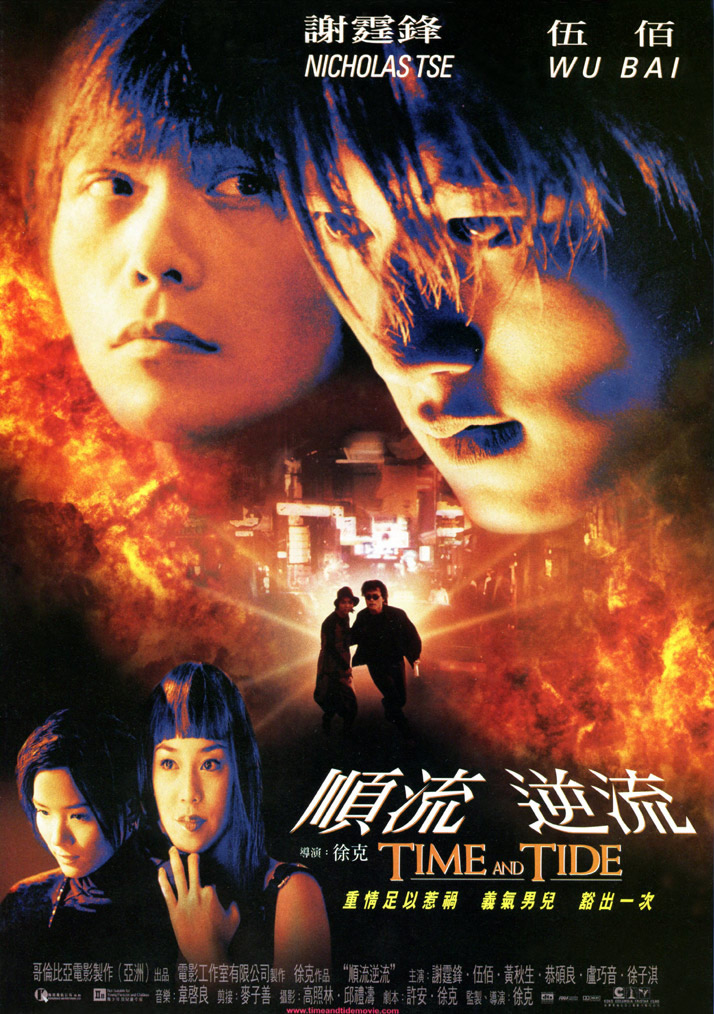