After tonight my body will no longer be mine.

Back in the 1990s a friend of mine was obsessed with the movies of Zhang Yimou, so, at his whim, I watched nine of the Chinese director's first 10 feature films, which, for the most part, told lean, intimate stories with quiet & immaculate visuals. the bigger the scale of his stories, however, the less appealing they seemed to become, with the sprawling multi-generational epic To Live stumbling flatly around its banal political messages. Zhang also seemed to be dipping more freely in a well of overindulgent sentimentality, which marred his otherwise sweetly romantic 1999 sleeper The Road Home. His 2002 international hit Hero compensated for his narrative slippage with stunning visuals, but it lacked the dignity of both Zhang's earlier movies as well as the new standard bearer of serious wuxia dramas, Crouching Tiger, Hidden Dragon. I hadn't seen any of Zhang's movies from the past 15 years until watching his 2011 war drama The Flowers of War this month, which applied all of his emerging bad habits to one of the most sensitive subjects imaginable.

Christian Bale stars as John Miller, a scoundrelly English undertaker working in China in 1937 who finds himself trapped in Nanking at the time of Japan's brutal invasion — an event that has become known, with considerable restraint, as "The Rape of Nanking." Miller, despite his craven selfishness, inadvertently becomes the protector of a dozen barely adolescent girls in an abandoned convent, where they are easy prey for Japanese soldiers. When a dozen prostitutes also seek illegal refuge at the mission, hiding in its wine cellar, Miller and his diverse female charges face constant peril with very few attractive options for self-preservation.

The Flowers of War is harrowing — any movie that features a 10-minute segment of attempted mass child rape would be an utter failure were it not — but its sensitive subject matter deserves the sophisticated approach that seems to have abandoned Zhang as he entered the latter half of his career. Its story — based on Geling Yan's fictional novel 13 Flowers of Nanjing — is rife with contrivances that leave a bitter taste early on and grow increasingly uncomfortable as the stakes grow more dire. the most expensive Chinese movie ever made at the time of its release, The Flowers of War is full of grand visual flourishes that feel unnecessarily showy and jar with the grim material. Bale, who can be disarmingly goofy despite his predilection for dour roles, seems particularly tone-deaf here. There are some nice performances from Ni Ni and young Zhang Xinyi, but their characters are essentially sponges for the horrors of war.

There's a cathartic watchability to The Flowers of War, as it competently strings together a series of dismaying plot points, but it never struck me as having a compelling perspective on its atrocities, beyond mere emotional exploitation, or as the work of a director with a firm grasp on how to tell its story with the respect, restraint and artistic command that it deserves.

Discuss The Flowers of War @ Letterboxd 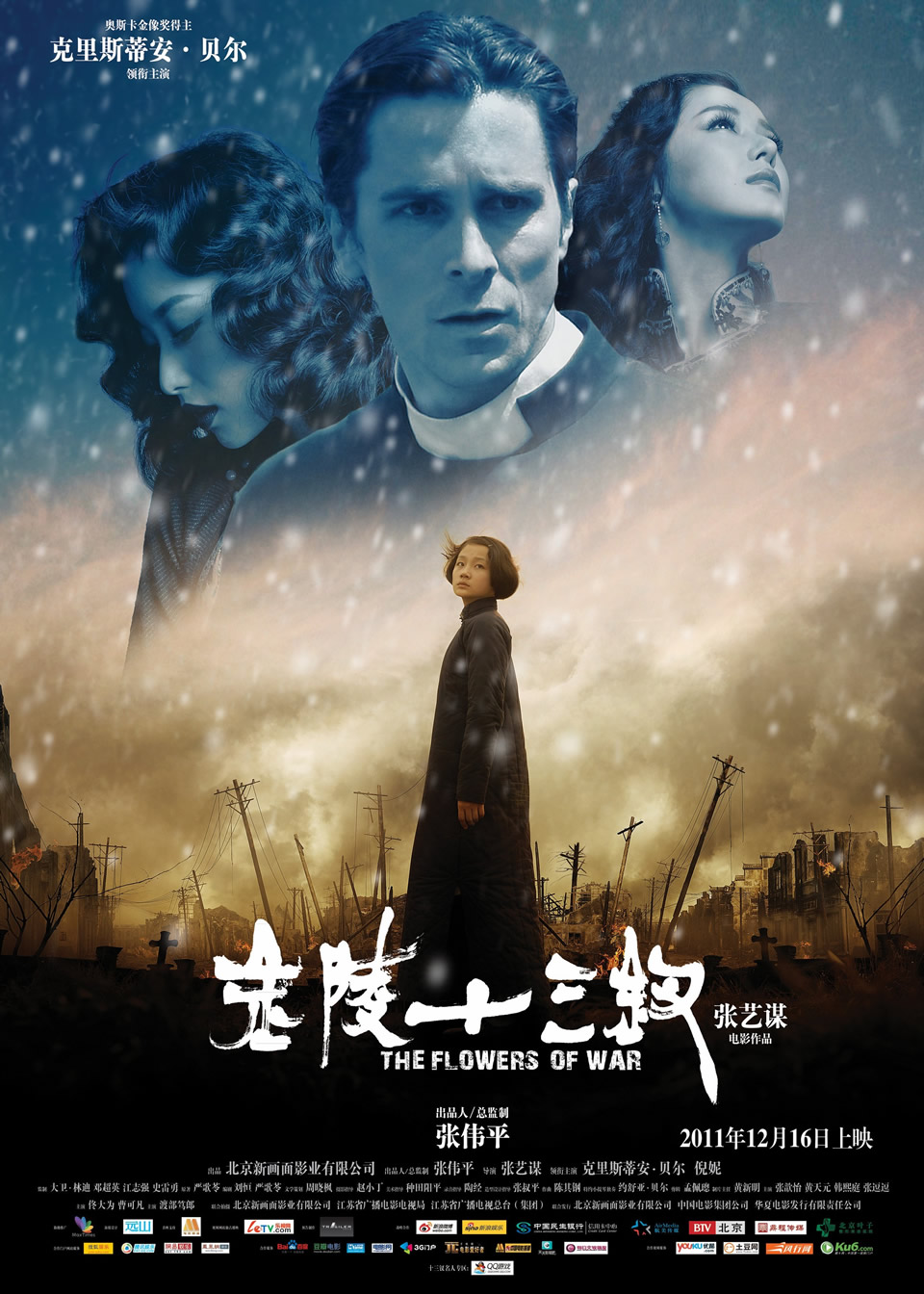