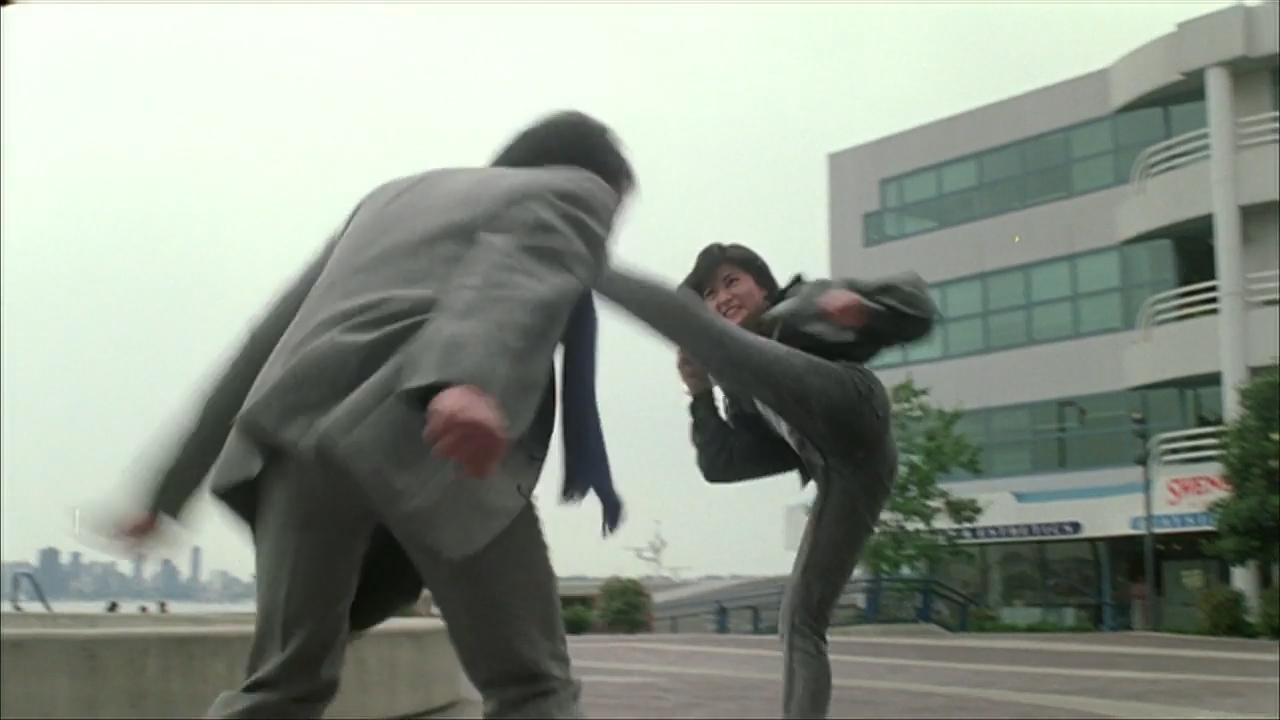 I haven't done anything. Why does everyone keep hitting me?

One of the shared qualities of the martial arts movies that I love the most is action scenes that are visceral: punches, kicks and stunts that trigger a physical reaction in the viewer, packing a sensation of impact that transcends the limits of the screen. Jackie Chan's 1985 classic Police Story is a masterpiece in this regard, owing in no small part to the lax safety regulations of Hong Kong's movie industry, which enable the design and performance of truly thrilling action choreography that often surpasses what Hollywood filmmakers are able to imagine. In the Line of Duty 4 — which came out in the wake of Police Story and during the explosion of more sophisticated Hong Kong action movies led by Chan and John Woo— is no slouch, and easily the most exciting of all the movies I've seen so far during Asian action-themed month of my Potluck Film Fest.

Directed by one of the essential behind-the-camera stars of the last three decades of international action cinema, Yuen Woo-Ping, In the Line of Duty 4 is much more than what it sounds like, given its confusing pedigree. I haven't seen any other installments in the In the Line of Duty series, which started as a vehicle for female action stars Michelle Yeoh and Cynthia Rothrock with the exciting title Yes, Madam. Yeoh starred in a sequel, Royal Warriors, but either played a different character or the name wasn't translated consistently. the third installment picked up the title In the Line of Duty III and replaced Yeoh with 20-year-old Cynthia Kahn. If there is any narrative or character throughline in these first three movies, it's not apparent from reading about them. While Kahn reprised her role in two more movies, narrative seems to be largely incidental to the entire enterprise.

The plot of In the Line of Duty 4 (a.k.a. In the Line of Duty 4: Witness; a.k.a. Wong Ka Si Sei IV: Sik Gik Sing Yan) seems to concern Seattle police (Kahn and Donnie Yen) chasing a CIA drug running operation from the U.S. to Hong Kong. Caught in the middle is a beleaguered everyman, Yuen Yat-chor (brother of director Woo-ping), an illegal-but-now-legal immigrant who was both a witness and a suspect in a drug-related murder and briefly possessed a crucial piece of evidence which was of the utmost importance for the first hour and then completely forgotten about during the final half-hour. Lazy tropes and silly conveniences abound in In the Line of Duty 4 (Why do all the Seattle police speak Cantonese? Why can Seattle police operate freely in another country with no jurisdictional issues?) but none of it matters. Kahn, Yen and Yuen go from one high-intensity fight and/or chase scene to another, each of which is bracing, fun, and creative. Yen shows a side I haven't seen in any of his later movies, playing a brash and hot-headed detective, and his fight scenes are the most wild as he faces a string of beefy, mustachioed and mulleted American weirdos in tank tops and windbreakers who howl and strut like only 1980s villains could. Yuen is extremely appealing as a kind of 3rd-rate Jackie Chan character, a well-meaning but luckless victim of circumstance. From a family of martial arts performers, including his father Simon Yuen, Yat-chor is both funny and endearing in what turned out to be his last movie. However, the real star of In the Line of Duty 4 is Kahn, whose small form never connotes weakness. She is as tough, fearless and likable as any other Hong Kong actress short of Maggie Cheung, and I look forward to seeing more of her work.

Discuss In the Line of Duty 4 @ Letterboxd 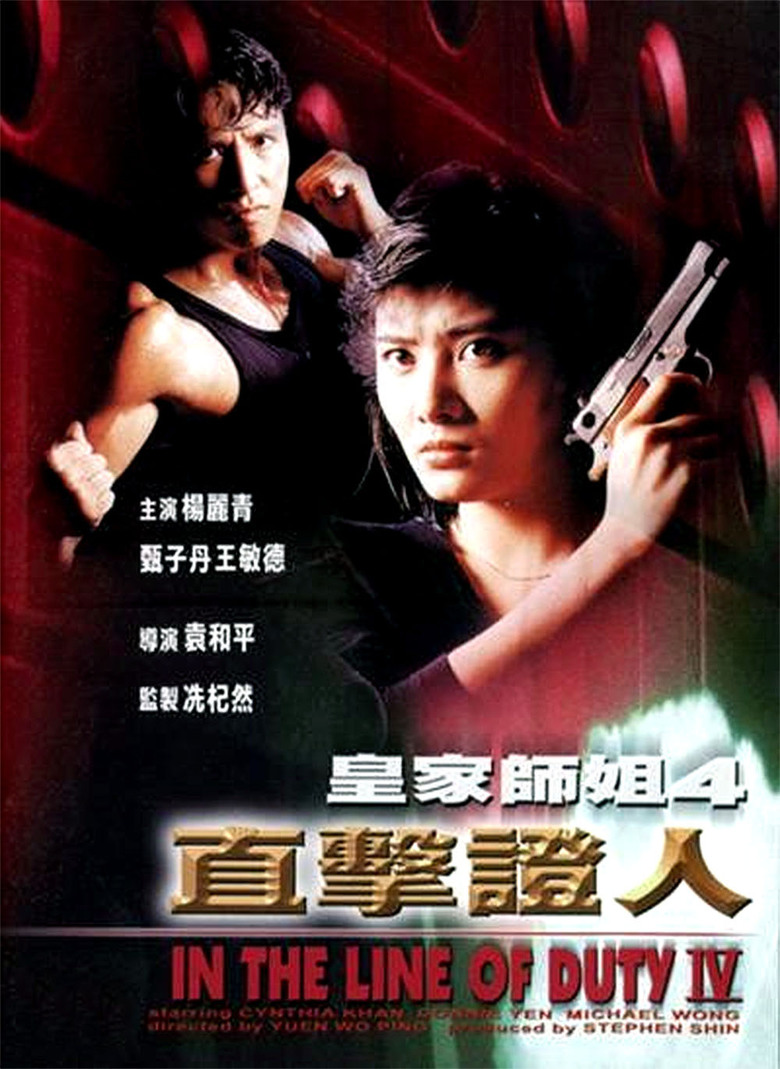