Hong Kong's legendary Shaw Brothers studios churned out over 350 movies during the 1970s, most of them martial arts-related. Out of over 30 productions during the year 1978, no less than four are considered classics, including Crippled Avengers, The Five Deadly Venoms, and one of the most revered titles in the kung fu genre, The 36th Chamber of Shaolin, directed by Lau Kar Leung (a.k.a. Liu Chia-liang) and making a bonafide star out of Gordon Liu (a.k.a. Lau Ka-fai). That same year, Leung and Lui collaborated on yet another top-class film, Heroes of the East, which stands out for its consistently fun mash-up of screwball marital comedy with many of the typical martial arts movie tropes.

Liu stars as Ho Tao, a wealthy young man whose initially joyful arranged marriage to a Japanese beauty (Yuka Mizuno) hits the skids when neither can tolerate the other's foreign martial arts. After a she loses a battle of the sexes to her cocky husband, she flees home to to Japan, and Ho's attempt to lure her back provokes six Japanese masters to defend the honor of their fighting skills by challenging him to series of one-on-one contests. This provides a showcase for Liu to employ swords and spears, counter karate and judo, and enter into a match of wits against a ninja skilled in the arts of stealth and deception. Heroes of the East is full of neat details and personalities, and nearly all the fights are engaging in terms of both stunt work and story.

Liu doesn't have the effusive charisma of either Bruce Lee or Jackie Chan, but behind his straight face, he's deft at both action and comedy. the biggest flaw in Heroes of the East is that the terrific Mizuno disappears into the background during the final act as the engaging relationship issues are supplanted by the tournament. Yasuaki Kurata, who would memorably face off against Jet Li in Fist of Legend 16 years later, does what he can to make up for her absence. Director Leung makes a brief appearance as a barely conscious practitioner of drunken boxing, and Yuen Siu Tien — Jackie Chan's co-star in Drunken Master and Snake in the Eagle's Shadow, and father of legendary fight choreographer Yuen Woo-Ping — also show up for a moment.

Discuss Heroes of the East @ Letterboxd 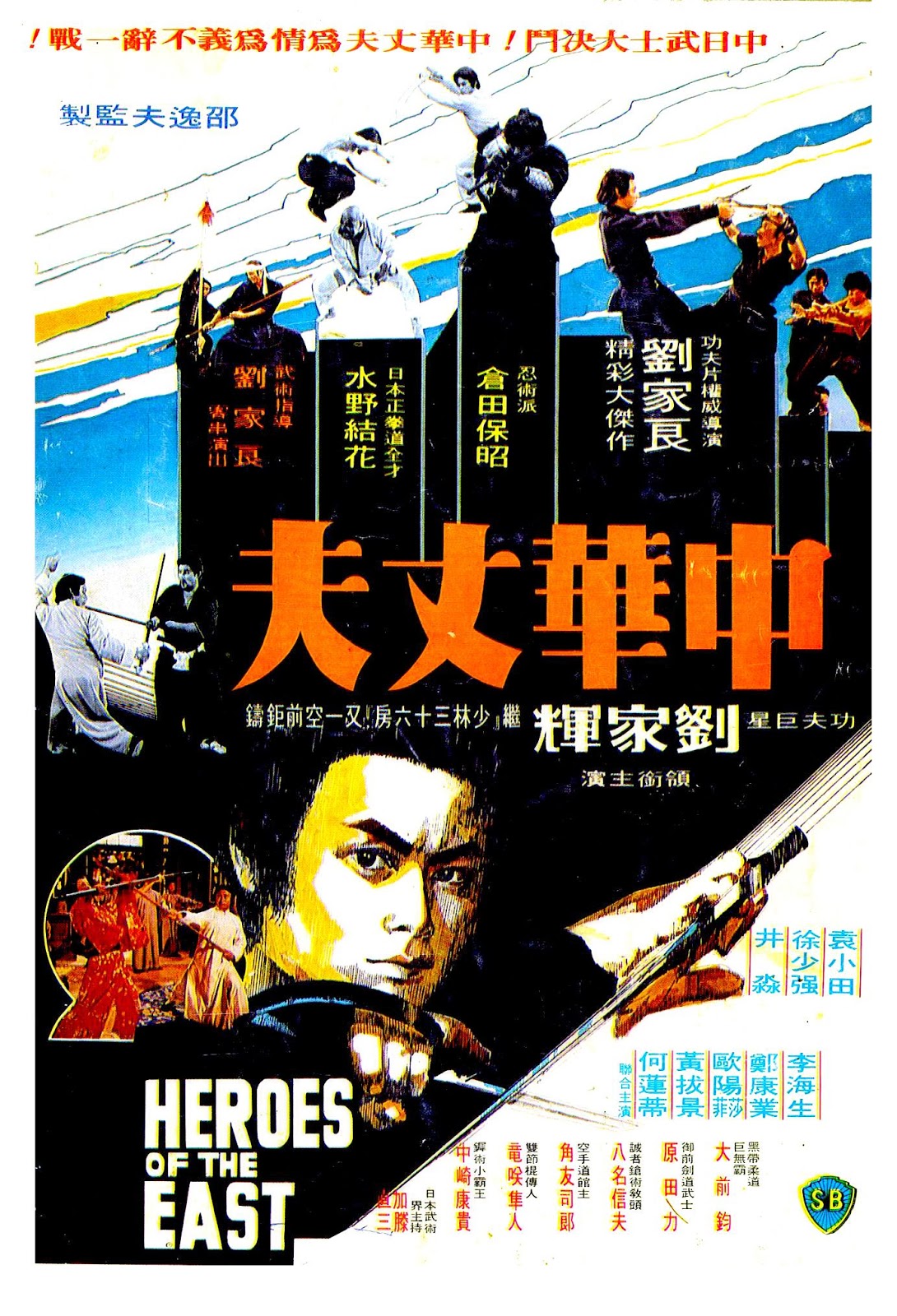