I hope she'll be a fool—that's the best thing a girl can be in this world, a beautiful little fool.

There's a brief moment near the end of the second big party in Baz Luhrmann's 2013 movie adaptation of The Great Gatsby during which a young woman reluctantly endures a spray of glitter, in the face, from an oversized champagne bottle. This is close to how I feel watching any of Luhrmann's movies, except that they last much longer than a few seconds. Luhrmann's movies are sustained blasts of "dazzle" that effectively drown their subject matter, in this case one of the most acclaimed American novels of the 20th century, and his directorial approach seems to be driven by a desire to subjugate F. Scott Fitzgerald's classic until it accedes to the greatness of Luhrmann's overbearing personality.

I've read The Great Gatsby twice, but too long ago and never with any particular affection, so none of my complaints with Luhrmann's film are based in fidelity to the source material. What story makes it through the onslaught of confetti, fireworks and belligerently anachronistic music cues, seems laden with contrivances and heavy handed symbolism.

Combined with Luhrmann's "more more more" style, Tobey Maguire's narration (from Fitzgerald's overwrought prose) could easily be mistaken as parody not too far removed from Maguire's role in the intentionally ridiculous IFC series "The Spoils of Babylon." As his Nick Carraway reacts bug-eyed to the carnival of decadence swirling around him, Maguire never outgrows this early comical impression. Even though Leonardo DiCaprio is perfectly cast as the self-made optimist Jay Gatsby, not even his mammoth star power escapes untouched from the talons of Luhrmann's extreme directing, as he's forced to inexplicably explode and then mug preposterously during a few of his most fragile moments. the sole anchor of affecting humanity in The Great Gatsby is Carey Mulligan; while I can't recall if her casting as or portrayal of Daisy is harmonious with the novel, Luhrmann allows her to at least remain quiet, making Daisy a figure of blissful respite for a beleaguered audience. Often miserably, touchingly sad-eyed, Mulligan's forlorn performance is an easy one with which to empathize, and I would have preferred to watch something actually sensitive to her talents rather than clumsily blustering around her. 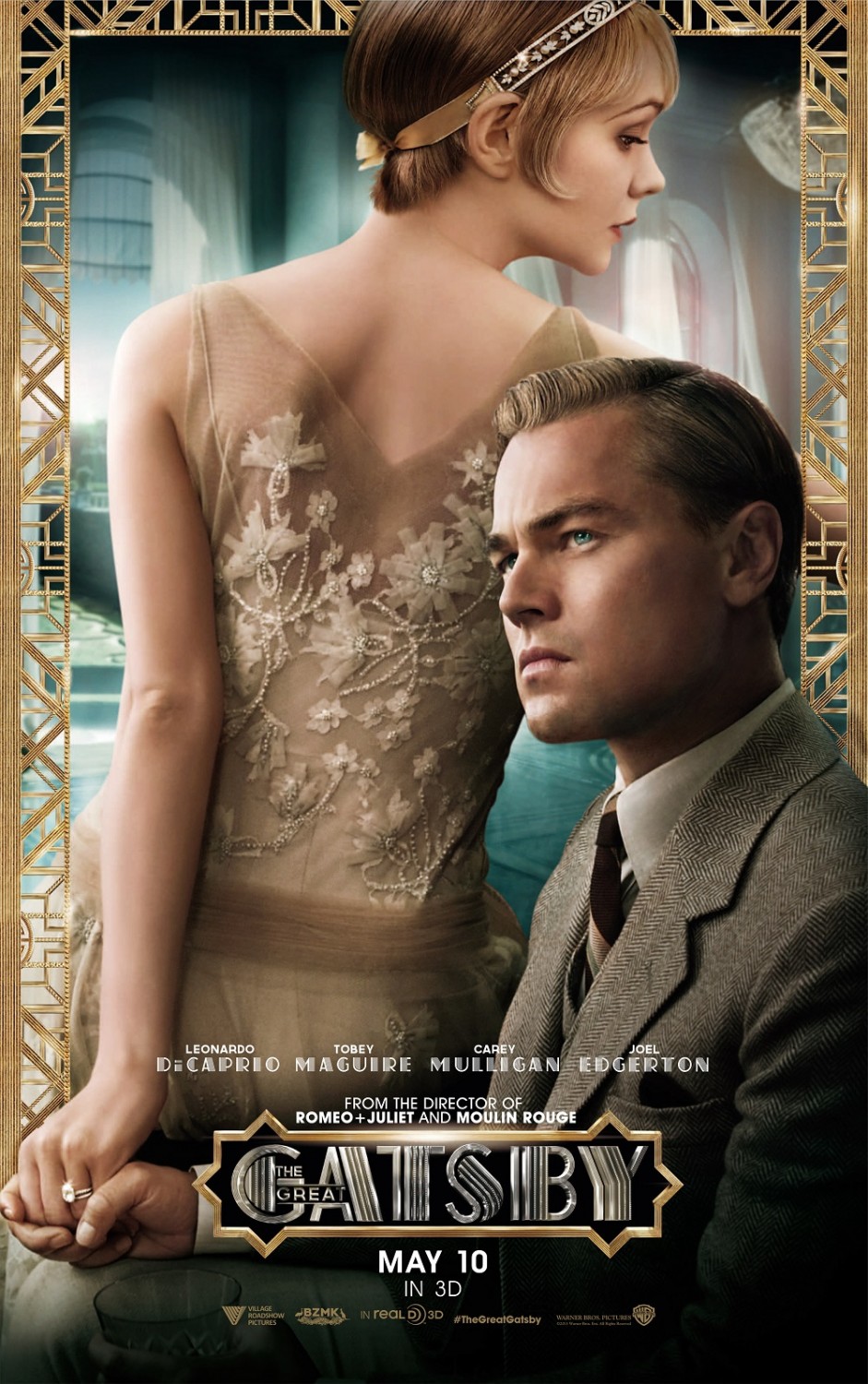