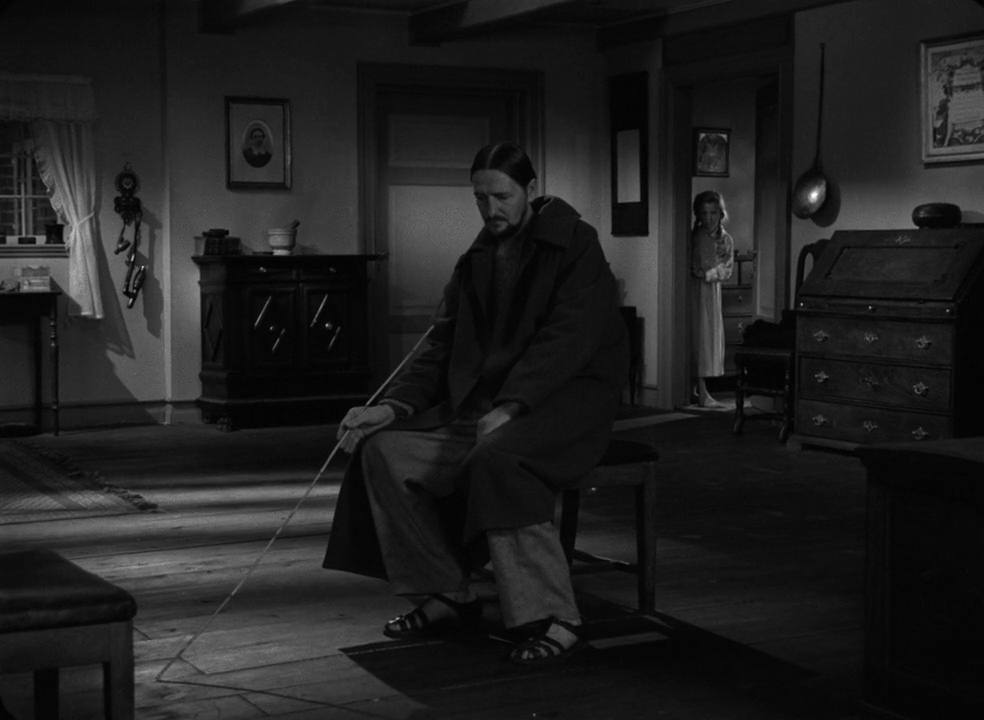 Even pain can be beautiful.

Out of the 12 movies on this month's Potluck Film Fest list, Carl Theodor Dreyer's Ordet (a.k.a. The Word) is consistently among the highest rated by viewers. On Letterboxd, it tops the list; on IMDb and Flickchart, it comes in second. In a poll of Potluck Film Fest participants, Ordet was the clear favorite to be my clear favorite of January's picks. It's the kind of movie that is unimpeachable in terms of craft, and it poses challenging ideas from an intelligent and deeply felt perspective; yet, it left me largely unmoved.

Ordet uses an intimate story set in 1920s Denmark to make a statement about faith, focusing on the Borgen family. Led by the dour and pious patriarch Morten (Henrik Malberg), the rest of the Borgens run the gamut from cheerful atheist Mikkel (Emil Hass Christensen), whose kind wife Inger (Birgitte Federspiel) is expecting their third child, to the delusional Johannes (Preben Lerdorff), a former student of theology who now stalks the house and surrounding dunes like a zombie while mumbline scripture as if he is the Lord Jesus himself. the youngest son, Anders, has fallen in love with Anne, daughter of the town tailor, Peter Petersen (Ejner Federspiel), who leads a conservative sect that considers the Borgens' faith too frivolous and therefore disqualifying. As Morten and Peter argue over whose faith is better, tragedy strikes, and both families are faced with a challenge to the true strength of their beliefs.

Dreyer's vision is unmistakably immaculate, and his use of long takes is extremely impressive for the careful staging, lighting and performances that are captured within each patiently blocked shot. However, Dreyer's style carries a stiffness that is possibly a remnant from the silent era, as his characters tend to find their way into carefully planned poses within the mise-en-scene and then wistfully speak their dialog while staring blankly into space; there's rarely a sense that the Borgens are interacting with each other as much as that they are professing their thoughts outwardly, as if an audience sat just out of view. It was impossible for me to avoid comparing Ordet with another severely Scandinavian film about faith that would be released within the next decade by another master filmmaker, Ingmar Bergman's 1963 Winter Light. Bergman's movies, even though equally possessed with tough questions about human and divine natures, positively crackle with humanity and the tension between the desire for faith and the difficulty of attaining it, and there is a deep level of engagement both between the characters as well as the characters and the audience. Ordet is more like a series of artfully staged tableaus, in which the characters are positioned like tactics within an intricate argument, waiting to be launched or knocked over at Dreyer's whim.

Dreyer's purpose in Ordet does seem, for all its apparent intelligence, to be leading the characters artificially toward an ending which is dissatisfyingly simplistic and even gimmicky, undermining the power of its ideas. Ordet depends wholly on two tropes which, even if Dreyer invented them for this picture, almost always strike me as dull-edged and obnoxiously underhanded. First, Johannes is one of the most explicit examples I've seen of the grating "Holy Fool" archetype, and the worst thing a movie can do with such a character is to reveal them as actually possessing divine/magical powers. Even worse, however, is the literal deus ex machina that Dreyer uses to expose his characters' flaws and faithlessness to themselves. From my irreligious point-of-view, the true power (and very definition) of faith resides in its basis on belief and not reason, so to confront struggling characters with an actual miracle as a catalyst for change in the final minutes is a bit like ending a close soccer match by forcing one of the teams off the field for the final five minutes so that the other can rack up the score. There's no glory or reward when the mystery of the Holy Spirit is turned into empirical fact that can be assimilated rationally like any other data, and the greatest beauty of faith is when it is held fast under the bleakest terms, not merely embraced when convenient. Maybe Dreyer meant to criticize these knee-jerk Epiphanies — he does a fair enough job exposing the pointlessness of pious one-ups-manship — but the tone of the ending is too affirming, too full of wonder, when, really, it offers little more than an easy sentiment that isn't worth the thought put into expressing it. 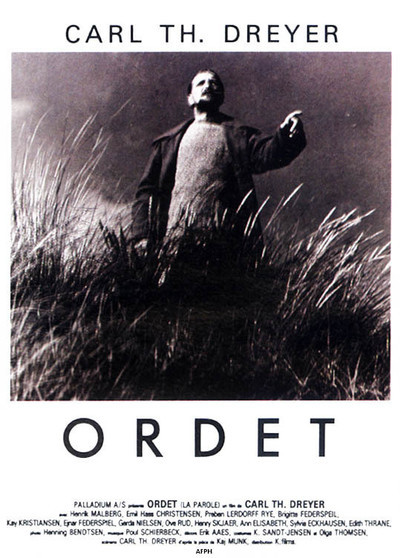