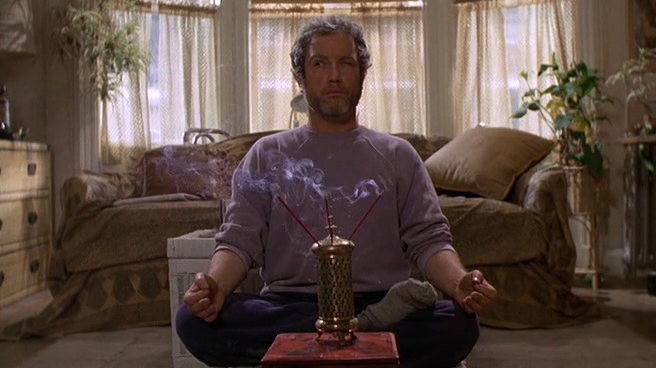 Don't make me feel happy; I hate that!

Neil Simon's gift for comic rhythms and solid punchlines has always been undermined by his edgeless content and facile sentimentality. While his contemporaries — most notably Mel Brooks, Woody Allen and Larry Gelbart — were sloppily experimenting with comic forms and poking needles into contemporary neuroses and preoccupations, Simon always kept his work efficient, amusing and safe. The Goodbye Girl is, on one hand, representative of the mainstream "feminism" that became popular in TV and movies during the 1970s, acknowledging the issues faced by women in the post-sexual revolution era while also keeping them contained within a paradigm informed by traditional expectations of romantic dependence; it's also pure Simon, at his snappy best and most disappointingly unadventurous.

Written as a vehicle for Simon's then-wife, Marsha Mason, The Goodbye Girl provides her with a script that is bright and dynamic within a very limited range. As a single mother trying to make it on her own following a rude change in circumstances, Mason is charming and honest within the narrow parameters of Simon's material, even if she never quite overcomes the staginess built-in to his heavily engineered dialog and plotting. Ironically, however, for a movie that is ostensibly about the struggles of women, Simon sells out his main character's independence during the weak and formulaic final act; an even bigger betrayal, perhaps, is that in this movie written for his romantic partner, Simon created an even showier role for Richard Dreyfus, who steals every scene as Mason's eccentric actor roommate, winning him the Oscar for Best Actor. This would almost seem subversively anti-feminist, and even dickish, if Simon was not so chronically tepid and unchallenging that he was simply meeting expectations.

The Goodbye Girl is fine, especially as a time capsule of high quality sitcom-level writing that hints at but falls short of actual social commentary. Dreyfus inserts a few moments of sublimity, and Quinn Cummings is spunky as Mason's daughter, in a role that earned the 10-year-old a token Oscar nomination for Best Supporting Actress. Mason also earned an Oscar nomination, as did, more speciously, Simon for his screenplay and the film for Best Picture; it lost all three awards to Woody Allen's marvelous Annie Hall.

MovieLens suggested The Goodbye Girl as similar to Tootsie, which is one of my 20 favorite movies. the most compelling of many connections between these two movies is their screenwriters: both Simon and Tootsie scribe Larry Gelbart got their starts in early television comedy, working together for Sid Caesar. With that common influence, as well as their earthy New York settings for gently touching on gender issues, it's a cogent recommendation. 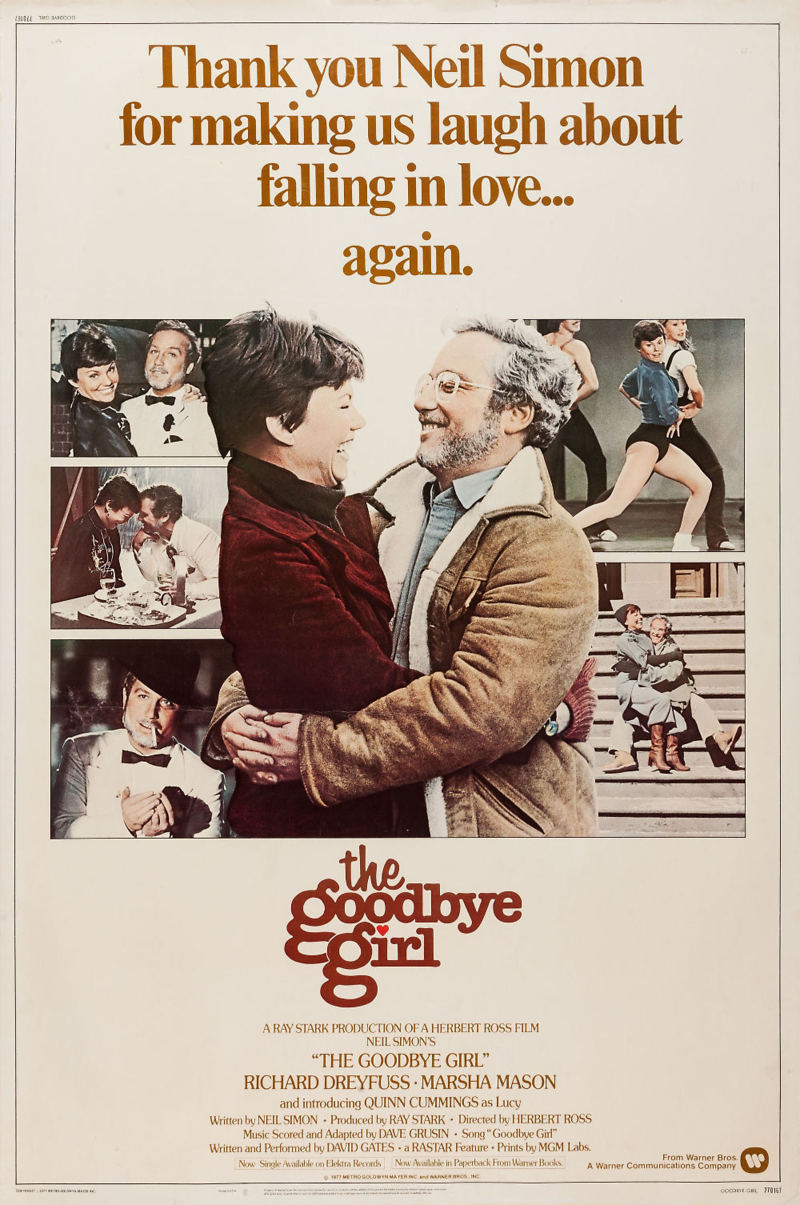