Martin McDonagh's In Bruges was a delightfully funny half-twist on the genre of violent crime comedies popularized by Quentin Tarantino in the early 1990s. His brother John Michael one-upped him with his excellent, similar-in-tone character study The Guard. John Michael McDonagh's subsequent film, Calvary, was an equally mature and intelligent effort. Seven Psychopaths certainly exhibits some of the hallmark wit and playful metatext that has distinguished their earlier movies — and it's a credit to the brothers' growing reputation that Martin was able to assemble a staggering cast, including several notable cameos — but compared to those breakthrough efforts, it feels like a script written by a much younger and sloppier version of the man behind In Bruges.

Colin Farrell, Sam Rockwell, Christopher Walken, Woody Harrelson — and, in smaller roles, Tom Waits, Abbie Cornish, Olga Kurylenko, Željko Ivanek, Harry Dean Stanton, Kevin Corrigan, Gabourey Sidibe, Michael Pitt, and Michael Stuhlbarg — add a lot of credibility to a series of flat jokes and references that might seem fresh and provocative to a 14-year-old. Seven Psychopaths is not a bad time — it's on-par with a decent Guy Ritchie movie, with one or two standout moments — but it's unexceptional.

Seven Psychopaths was suggested to me by MovieLens as similar to one of my Top 20 movies, Boogie Nights. the superficial commonalities are obvious: each movie has an ensemble cast of quirky actors, and the material edgy and dramatic with a distinctly skewed comic tone. However, there's little deeper substance to the recommendation. Boogie Nights has far richer characters and plays out across an epic canvas both in terms of cultural history and an empathetic anthropology that unapologetically exposes and loves its flawed inhabitants. 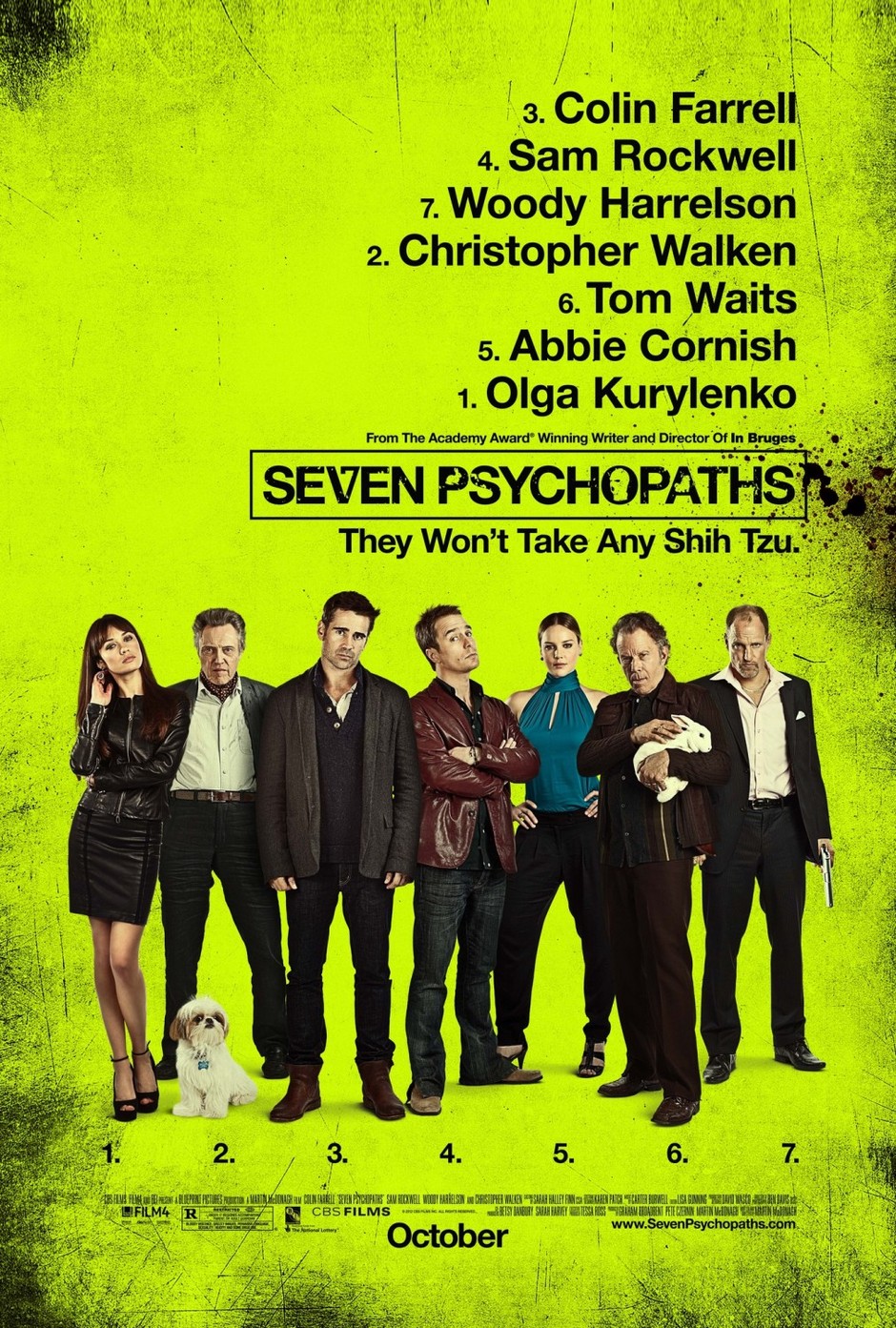