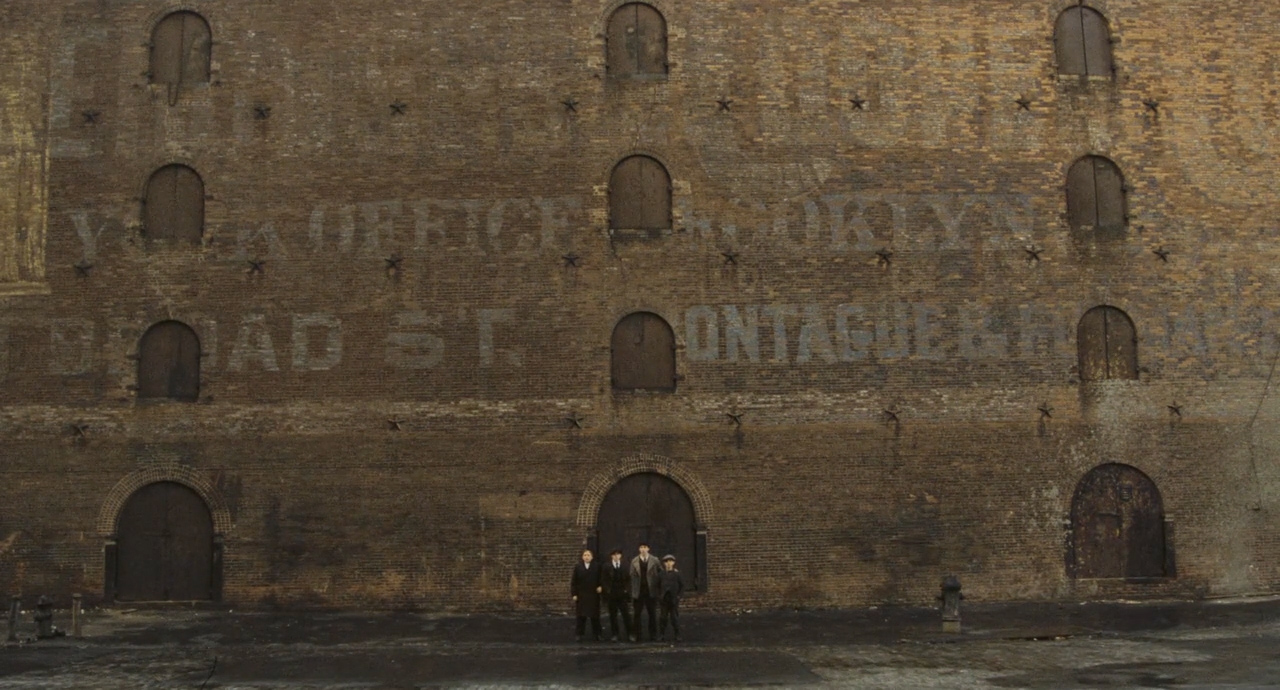 I like the stink of the streets. It makes me feel good.

Sergio Leone is such an unmistakably gifted visual artist that it almost feels criminal to admit how bad his movies can be. Last year, I revisited his beloved "Dollars" trilogy of spaghetti westerns and was so disheartened by their slipshod nature that I immediately had to revisit my favorite of his movies, Once Upon a Time in the West, just to confirm that it, too, was not severely compromised (it's not: I think it's a masterpiece, still my favorite western by a wide margin, and the one time Leone seems to be in full, coherent control of his operatic tendencies). By and large, however, Leone's movies, to me, are lot like being served an oversized bowl of homemade gourmet spaghetti and meatballs, only the chef was drunk when he made them, and they were knocked off of the table and stomped on before you were able to eat them. All the ingredients are there, but the presentation and final result are a mess. One or two meatballs came out unspoiled.

I've seen Once Upon a Time in America before, in some fashion. It's a movie that has undergone numerous revisions. I don't know which version I watched (more than once) as it aired on cable movie channels in the 1980s; all I recalled from it was Robert De Niro in an opium den and a young, dancing Jennifer Connelly spied on through a peephole. This month, I watched the longest available cut of Leone's epic, the one that clocks in at 229 minutes. After all that, I can see why I remembered so little from this movie: it's four hours of never-dull but half-formulated and lifeless plot tropes wrapped up in a truly majestic visual package.

For my Shadow Top 20 project, I'm watching 20 movies that are considered "similar to" each of my 20 favorite movies. All of these suggestions came from the website MovieLens. Once Upon a Time in America was suggested as similar to The Godfather Part II, which is my favorite movie of all-time. Certainly, they have plenty in common, including a few aspects that will endear me to any movie: a lot of pre-1990s Robert DeNiro (the period during which he was my favorite actor) and sweeping shots of early 20th century New York City. Also, Ennio Morricone's score contains a couple of his most evocative themes, and Leone is operating on another level in terms of shot design and art direction. Cinematographer Tonino Delli Colli, who worked with Leone on The Good the Bad and the Ugly and Once Upon a Time in the West, turns in impeccable work. It would be a joy to watch if it wasn't so full of disconnected plot threads, non-sequitur character moments, and bizarrely incoherent gushers of unearned sentimentality. I suppose Leone and his seven screenplay collaborators were attempting, in their adaptation of Harry Grey's autobiography The Hoods, to depict how the habits developed and petty thuggeries committed during childhood form a legacy that haunt men throughout their lives, and that clinging to the past can cripple even the most successful adults, but it's too scattered and immature to resonate. The appealing cast — James Woods, Elizabeth McGovern, Tuesday Weld, Olga Karlatos, Burt Young, Danny Aiello, and Joe Pesci — somehow keep it watchable despite its staggering and indulgent disarray.

Discuss Once Upon a Time in America @ Letterboxd 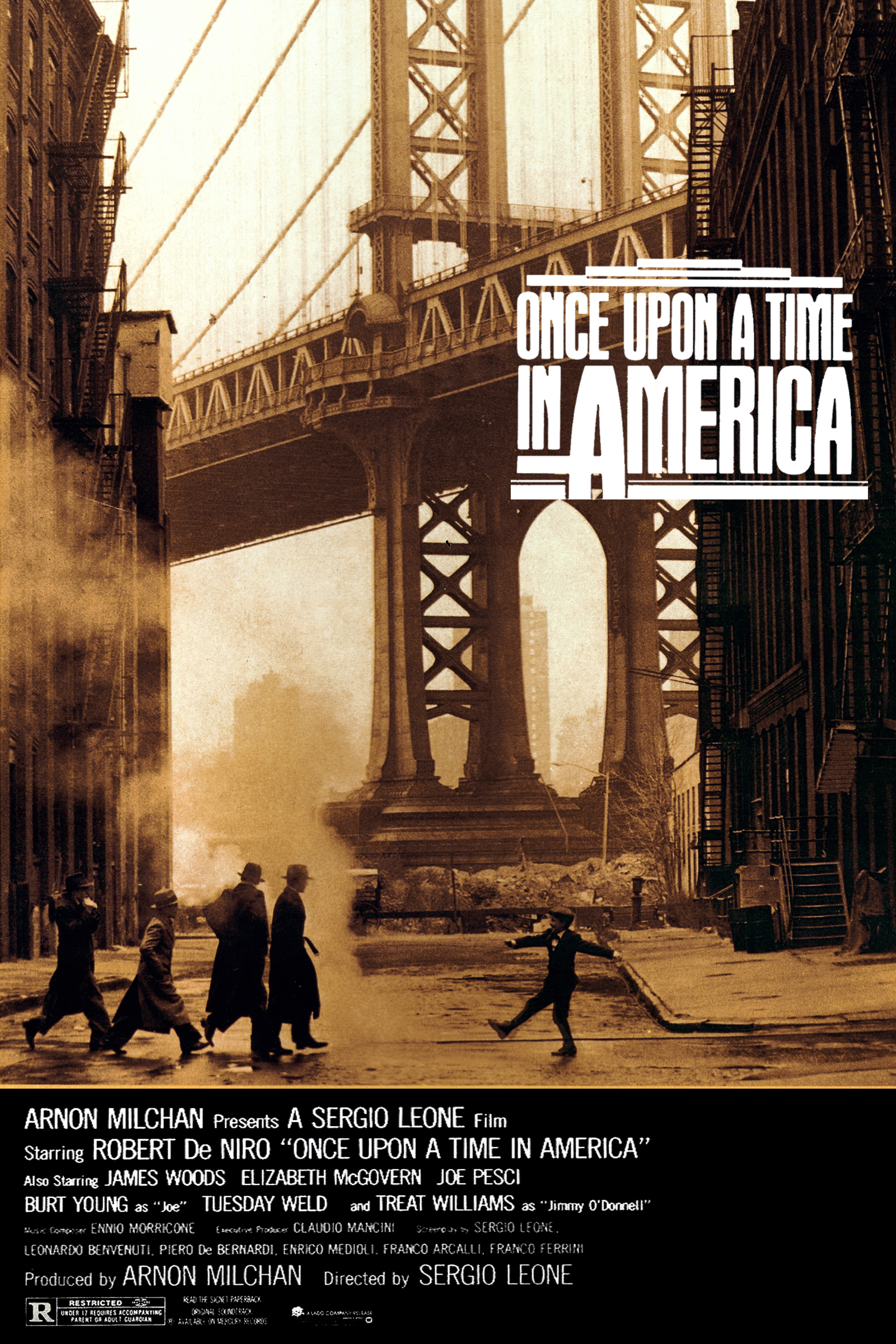