Now I can go straight home after the execution.

As someone with what seems to be a severe allergy to the movies of Jean-Pierre Jeunet, I should say, before attacking it, that A Very Long Engagement is his least annoying, and closest to acceptably good, movie of the five that I've seen. It's a glorious-looking work and manages, almost, to avoid the preciousness with which Jeunet typically depicts all of his usual tropes.

Audrey Tatou plays yet another "Holy Fool," in this case a physically handicapped presumed-simpleton who is determined that her fiancee —who disappeared on the battlefields of World War I — is still alive, despite all contrary evidence. As she and her private detective investigate the extremely convoluted story (the inevitable resolution of which is never in doubt), someone else is murdering the officers who were present at or on the periphery of a fateful battle.

In A Very Long Engagement, Jeunet returns to the exaggerated, quirky and saccharine romanticism that endeared Amélie to many, but in this case he underplays them with an almost Herculean restraint. However, the underlying problem is that Jeunet only writes very simple characters who are not capable of carrying a movie of this length or supposed depth. Tatou is likable and appealing, but not particularly compelling with the single-note that she plays. In her very small part, Marion Cotillard reaches a level of emotional complexity in one scene that practically obliterates the shallow, greeting card sentimentality behind the rest of the film.

For such a distinct visualist, Jeunet appears to have a lot of a very little imagination, which may hit the sweet spot for many, but is fairly wearying for me. That the complicated plot of A Very Long Engagement is a mystery completely lacking any mystery, makes it, despite its admirable improvement compared to Jeunet's other works, mostly a chore to get through — albeit a chore with several stunning shots worthy of full admiration.

MovieLens outright blew it on this one. They suggested A Very Long Engagement as similar to Apocalypse Now. WTF?

Trailer for A Very Long Engagement (2004) 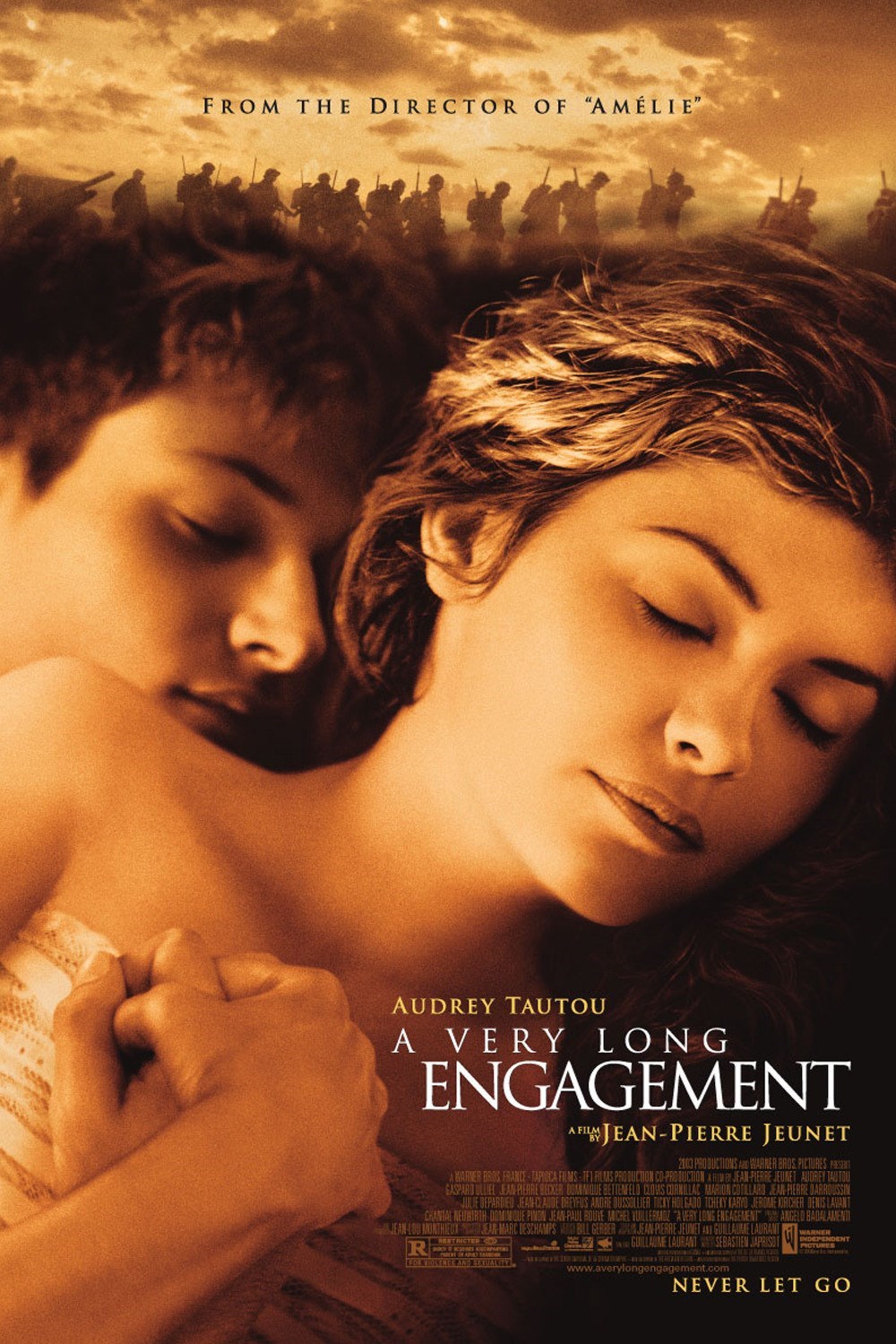