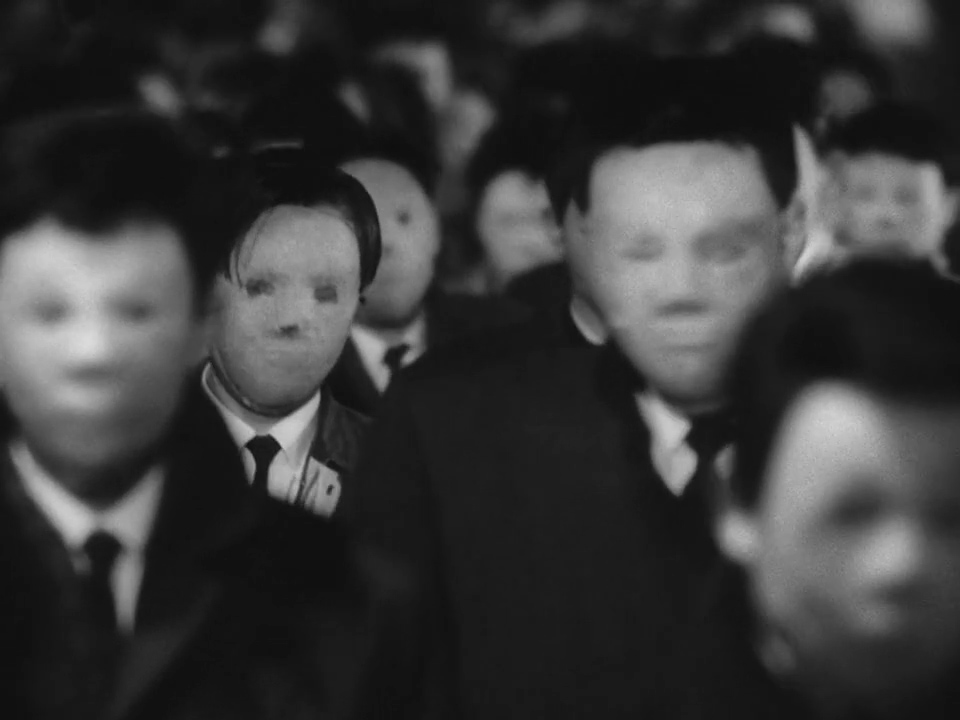 I'll burn my wife's face so it looks like mine.

After being wowed last year by Hiroshi Teshigahara's brooding masterpiece Woman in the Dunes, which oozed with brooding, sex-fused claustrophobia for two-and-a-half hours, the prospect of getting a look at his take on body horror, starring my favorite Japanese actor Tatsuya Nakadai, was exciting. Compared to the tactile, sand-swept desperation of his preceding film, however, The Face of Another (a.k.a. Tanin no kao) is a disappointment, relying too much on redundant philosophical discussions and failing to flesh-out a narrative equal to its frequently striking visual design.

Nakadai stars as Okuyama, a man whose face has been wrapped entirely in bandages since an industrial accident left him horribly burned. Without a face, he feels like his identity has been stripped away, and he lashes out at his well-meaning wife (Machiko Kyō) and co-workers, rejecting their attempts at normalcy and contemptuously goading them with their discomfort. After his wife rejects his clumsy and aggressive advances, he loses hope — until his weasly doctor (Mikijirō Hira) proposes an experiment with new prosthetics technology, and Okuyama is granted a brand new, perfectly life-like face which can be worn for up to 12 hours at a time. However, this new look only wreaks a different kind of havoc on his already crumbling sense of self.

Visually, The Face of Another is quite arresting, from its opening shots of plastic body parts floating in a solution and Okuyama's skeletal profile via x-ray, to the many riveting shots of his white bandaged head standing out in stark contrast, whether he is lurking in shadows or out in the clear, bright world-at-large. Dr. Hira's plastic surgery laboratory is a real conceptual work of art, almost like a macabre pre-cursor to Willy Wonka's chocolate factory, with its transparent walls, shelves and diagrams superimposing themselves upon faces, while also revealing giant body parts being used as furniture, and a mysterious doorway that appears to open up to a giant mass of floating hair. One of the final scenes is so strikingly creepy that it should have cemented The Face of Another as a classic of psychological dysphoria, but, sadly, the story is quizzically underdeveloped and poorly executed.

Based on a novel by Kōbō Abe, who also wrote the source material for Woman in the Dunes, The Face of Another covers some of the same compelling thematic ground as Georges Franju's great, eerie 1959 mystery Les yeux sans visage (Eyes Without a Face) and, also released in 1966, John Frankeheimer's off-beat sci-fi-ish drama Seconds. Done well, as in these cases, the concept of physical disfigurements and/or identity crises hit on primal fears that seep literally under the skin. With its main character questioning the limits on his behavior while completely unrecognizable, Heshigahara's movie also shares a little in common with our first PopGap movie from this month, Dr. Jekyll and Mr. Hyde. However, the story that Abe and Teshigahara mine from this subject is too heavy on Okuyama and Dr. Hira repeating, over and over, the same few ideas (often while drinking beer at a German-themed bar). There is so little going on in The Face of Another, that it could well have been condensed into a 22-minute Twilight Zone episode. Instead, there is a an unconvincing plot thread about a mentally disabled girl who recognizes Okuyama in or out of his bandages (the doctor's dubious explanation: "The retarded girl's sense of smell may be as keen as a dog's"), and a potentially more compelling parallel story (that, I think, is supposed to be a film within the film) about a pretty girl with a scar on one side of her face who is only granted sincere affection from her brother.

When it's not being too literal in plainly stating its ideas, The Face of Another, seems to be drawing on a prolific fount of inspiration, and that alone offers enough to make it a worthwhile, but these ideas also feel criminally neglected by the end, as if the movie itself never settled on who it is or wants to be.

Discuss The Face of Another @ Letterboxd 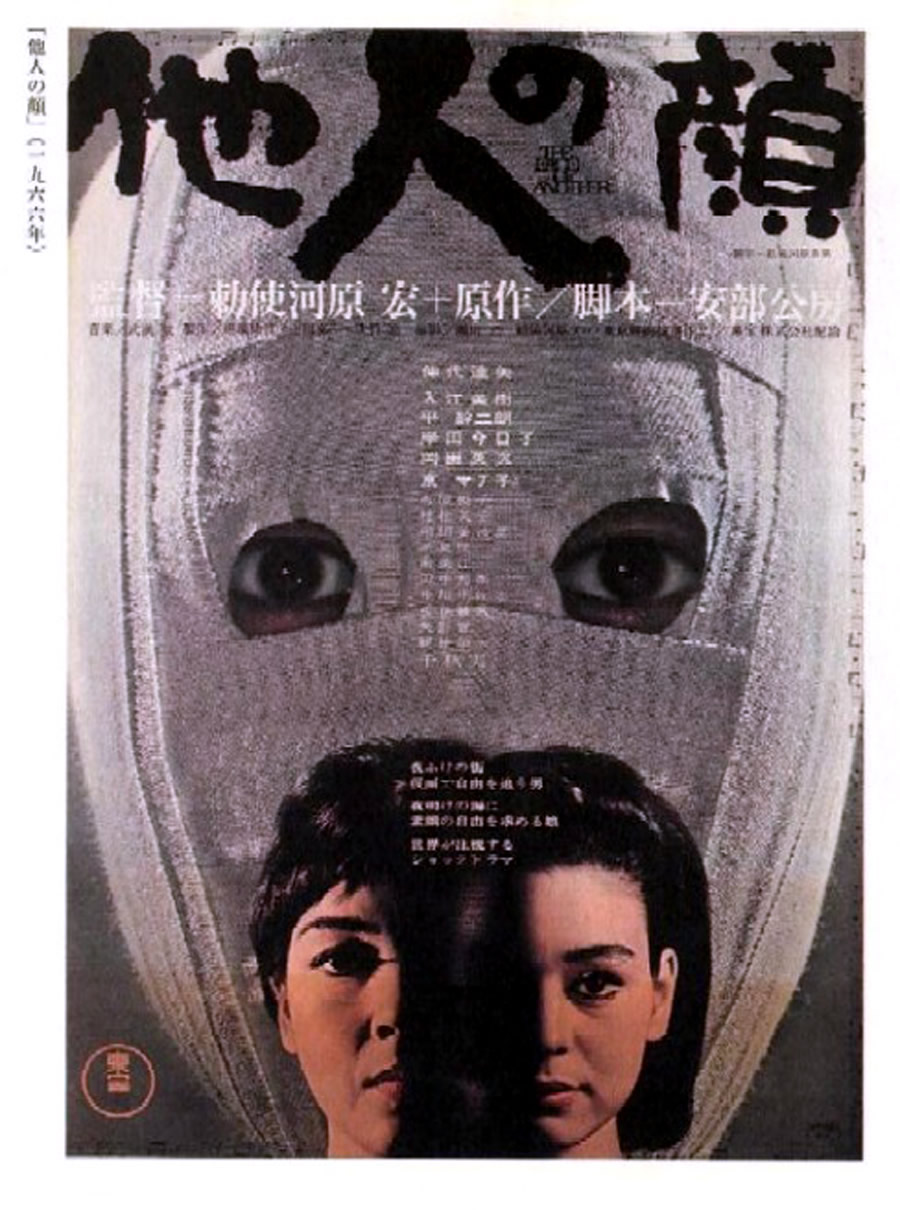