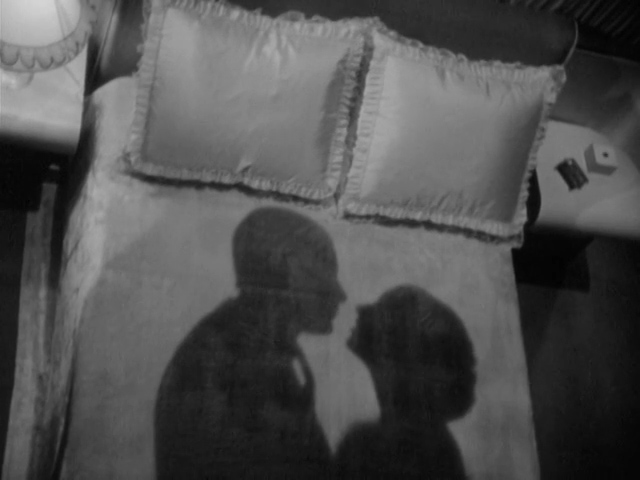 One of the recurring themes over the last few months of PopGap is how much I've forgotten about most of the movies I watched during my college film history course 25 years ago. My only memory of Ernst Lubitsch's Trouble in Paradise was that we watched both Love Me Tonight and The Rules of the Game during the same week and both of them made a bigger impression on me. Trouble in Paradise is no slouch, however; in fact, as someone who dislikes many screwball comedies from the same era, I found it to be a nearly perfect creation, from its saucy performances and its playful technique, to its rare farcical sincerity, which aligns neatly with its theme.

Herbert Marshall and Miriam Hopkins star as Gaston and Lily, two thieves who fall in love while robbing each other. Romancing in Paris, they swipe an extravagantly jeweled purse from a careless perfume heiress, Madame Mariette Colet (Kay Francis), who offers a reward for its return. Sensing the opportunity for a profitable long-con, Gaston returns the purse and charms his way into Mariette's employ as her personal secretary. Bored with her two persistent straight-laced suitors, Mariette falls for Gaston's loud personality, and her attempts to lure him into a relationship of a more romantic nature are not totally unwelcome, such is her allure.

Marshall is solidly suave as Gaston, and nimbly carries nearly every scene, but Hopkins and Francis are pure dynamite as the women he loves, comically brilliant and also oozing pre-Code sexuality. One of the most wonderful aspects of Trouble in Paradise, and possibly its greatest feat, is in depicting the genuineness of professional deceivers and never cheating that integrity for the sake of extra laughs. There's never a moment of archness or gratuitous mugging; the comedy works precisely because the characters take it seriously, and it's funny because it matters to them. Instead of cheapening his movie with an obvious, binary class warfare slant, Lubitsch is generous with all three of his principal characters, heightening the dramatic stakes by avoiding the trap of making easy villains out of the idle rich. While Mariette leads an obnoxiously superficial lifestyle, without a hint of seriousness, she is also innocent of cynicism and sweetly disposed, making her a difficult victim as well as an easy choice for the conflicted Gaston. Lily is tougher, always with one hand in Gaston's pocket, but with him her treachery is honest, and with her his duplicity is authentic.

When my college film class studied Lubitsch, the main point of instruction, as far as I can recall, was the choreography of stairs and doors, and Trouble in Paradise is certainly a masterpiece in this regard, with feast of comic rhythms discovered in all manner of back-and-forth movements: ascending and descending, opening and closing, sitting and standing, and the uncertain hesitations that occur between committed actions — often with whimsical musical accents similar to later Warner Bros. cartoons. These are not mere tricks for easy laughs: they mirror Gaston's internal struggle over staying true to his criminal intentions.

Trouble in Paradise is fun, lush, and beguiling, but it's no mere confection; its title twistily hints at the deeper subversiveness at work in Samson Raphaelson's and Grover Jones' witty screen adaptation of the Hungarian stage play The Honest Finder: just like in the paradise of Eden, temptation lurks to lead mankind astray, but in this case the temptation is arguably more wholesome than the path of sin which Lily and Gaston travel together. Perhaps Lubitsch is suggesting that corruption is more a honest state of being for humanity, or that honesty and harmony in acknowledging one's own corruption is preferable to living a cleaner lie or within a bubble of obliviousness. Mariette might live in a fantasy world in which unimaginative men will patiently weather her toying indifference, and in which grand larceny is little more than an annoyance or an anecdote, but Lily and Gaston, in their purity together as crooks are like the Venetian garbage man who belts out operatic arias in the wee hours while trawling waste through the canals of a romantic city: an untidy tangle of flaws, desires and impulses that make life and love dirty, sexy and real.

Trailer for Trouble in Paradise (1932) 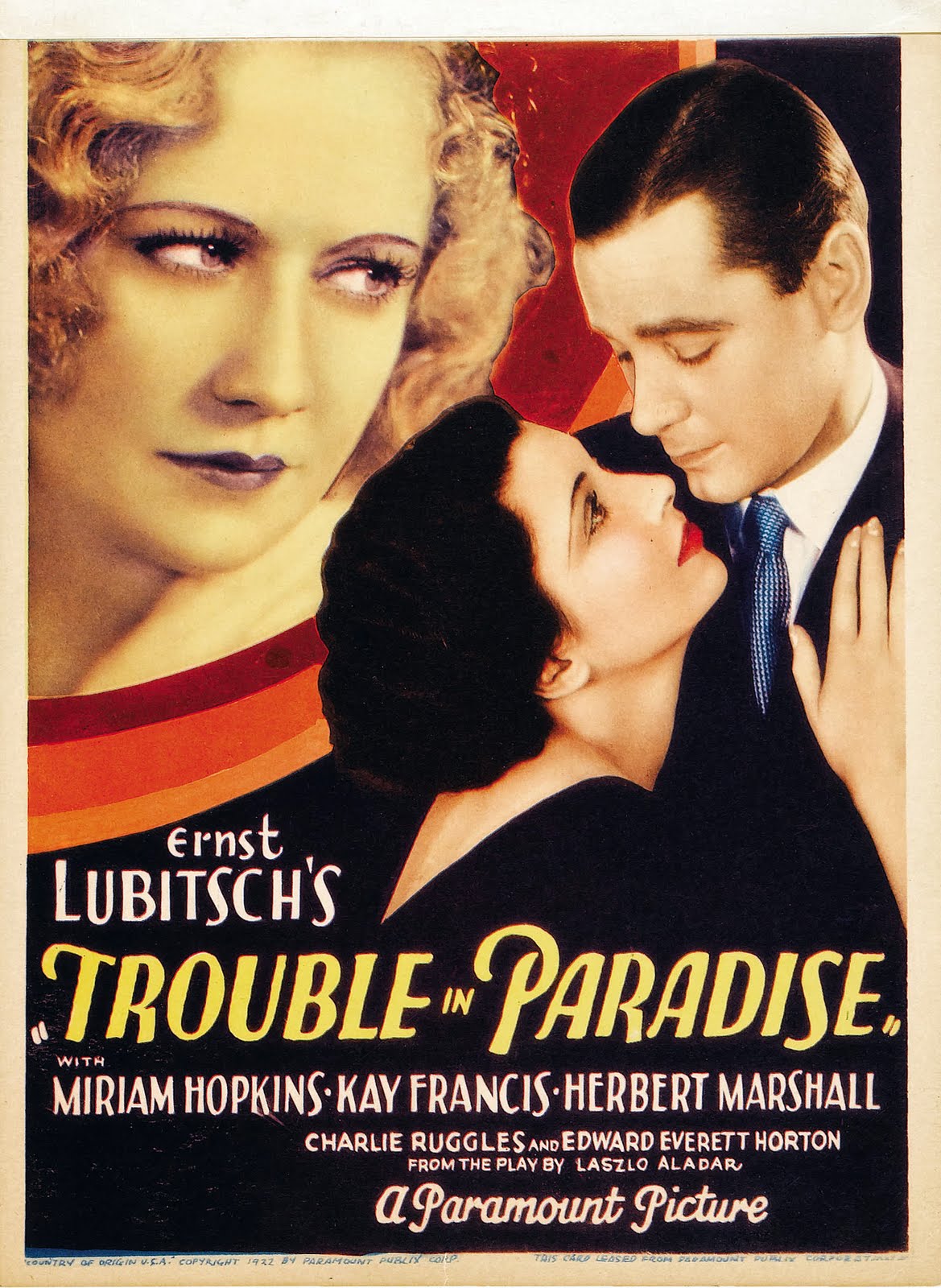