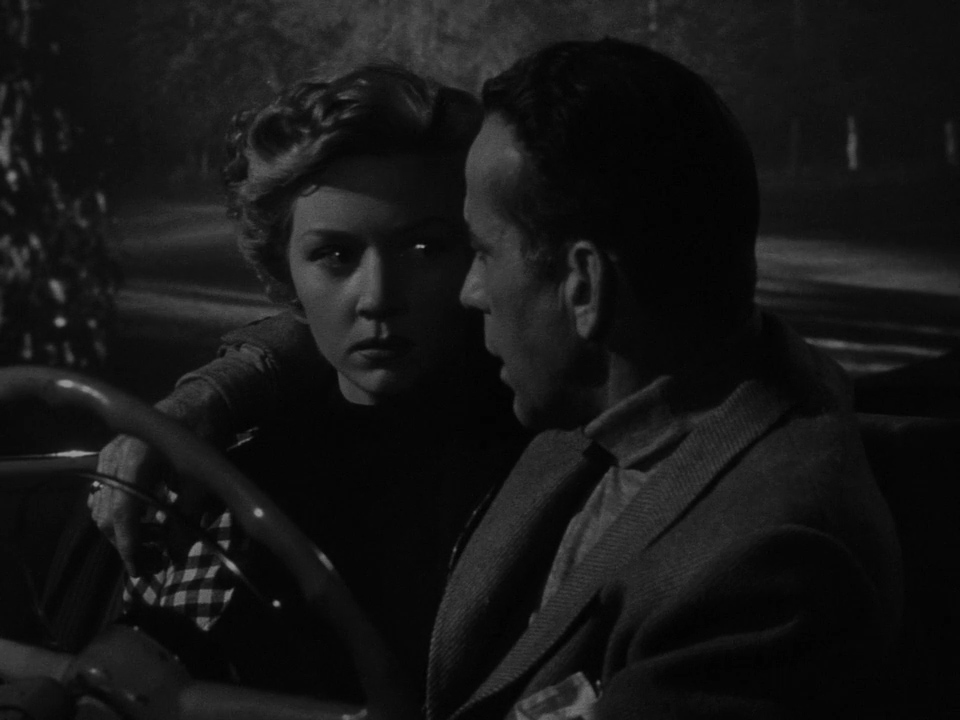 Shortly after I started the PopGap project a year ago I confessed my inability to fully embrace film noir; how, even though its snappy dialog and cruel worldview appealed to me, the narrative shortcuts and character archetypes that the genre commonly relies on usually leave me unsatisfied by the experience. of course, this declaration was followed by my surprised raves for many noir classics, including The Maltese Falcon, Double Indemnity, Laura, The Third Man and Touch of Evil. Add In a Lonely Place to that list. Unlike all of those other classics, this was my first viewing of Nicholas Ray's 1950 drama, which I loved mostly for how it atypically skirts around the edges of most of my least favorite noir tropes.

Humphrey Bogart stars as Dixon Steele, an out-of-favor Hollywood screenwriter who at first seems to merely hold a righteously combative attitude against the smarmy environment of professional bullies and suck-ups within the movie industry's hometown. However, Steele is really a lonely, troubled soul isolated by an explosive temper. After he lures a chipper coat-check girl (Martha Stewart) into returning to his apartment under the pretense of helping him with a late night story treatment, Steele is gentlemanly enough to let her leave without indecent incident. When she is murdered later that same night, he becomes the prime suspect. His new neighbor, Laurel Gray (Gloria Grahame), provides Steele with a friendly witness — and a new romantic interest — but even she begins to doubt his innocence after seeing his blinding rages in action.

One of film noir's biggest bugaboos for me is the lack of effort that is too often put into establishing its obligatory love affairs — The Maltese Falcon is particularly guilty in this regard, and it's a glaring problem in an otherwise flawless film — but Grahame perfectly sells Laurel's attraction to Dixon as something far more substantive than the typical noir-ish greed-tinged lust for bad boys. Maybe it helps that she is not a femme fatale, but more like Joan Fontaine in Suspicion or Teresa Wright in Shadow of a Doubt: a good-hearted woman who uncynically wants to see the best in a shadowy man. As Steele, Bogart is freed up from his typical role as the too-cool master of the angles, and gets to pour a lot of vulnerability, a fair amount of sweetness, and an unpredictably volatile menace into his performance. He is cynical, fragile, tender and monstrous, and switches fairly effortlessly and convincingly between modes.

Aside from Burnett Guffey's terrific black and white cinematography, In a Lonely Place barely has any claim at all on the noir designation. Almost all of its principal characters are decent — Art Smith as Dixon's meek agent, Frank Lovejoy as a police detective and former war buddy who is sympathetic to Steele, and Jeff Donnell as as the detective's generous wife. Ray's movie is peripherally noir, telling an intimately character-based drama that usually occurs only in the margins or completely off-the-page of its genre peers. This time, however, the margins are reversed, with the murder mystery lurking around the frayed edges of two characters who are too fully realized to live within the ghetto of desperate noir archetypes, even if the trapping of that genre threaten their futures.

Discuss In a Lonely Place @ Letterboxd 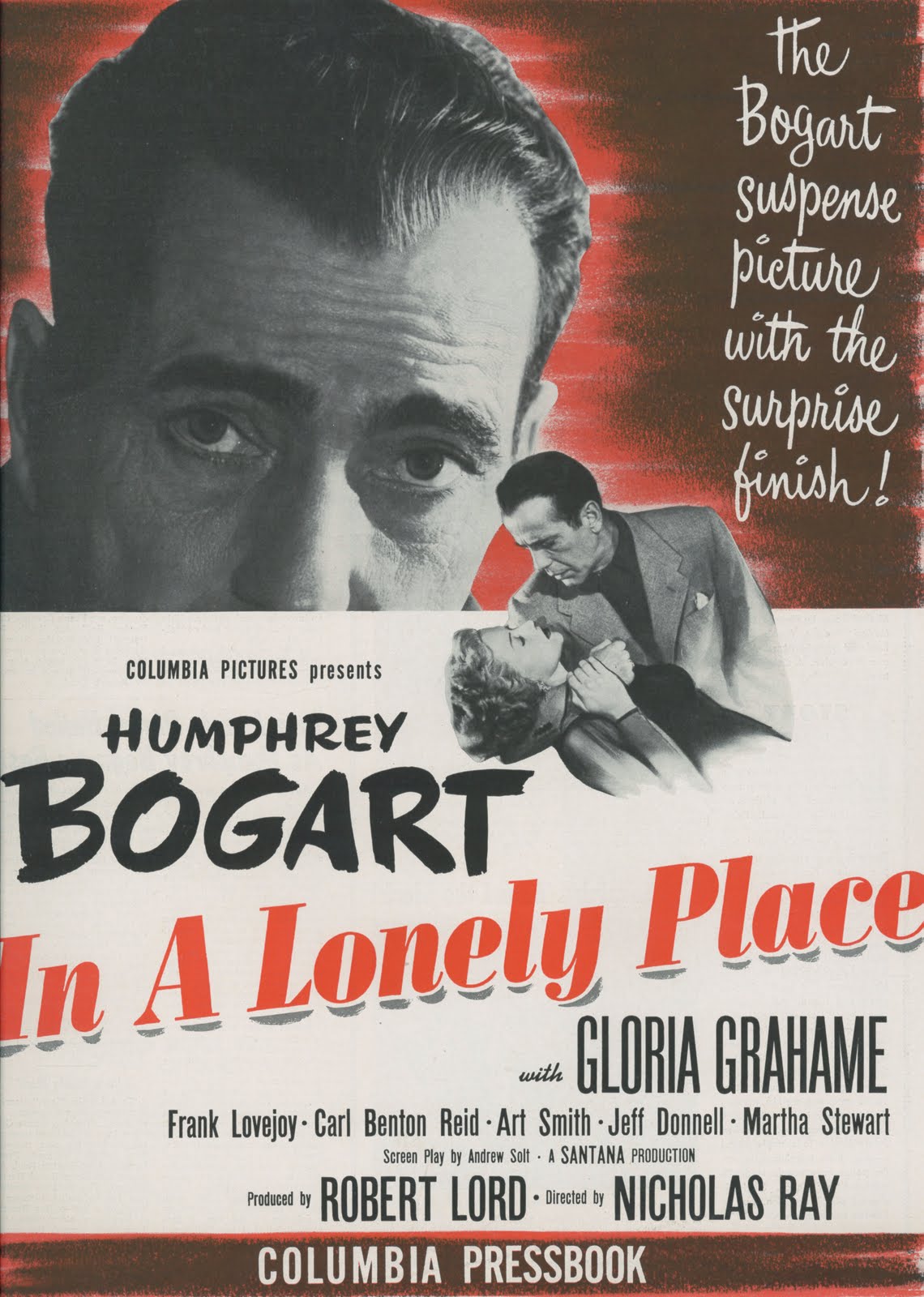