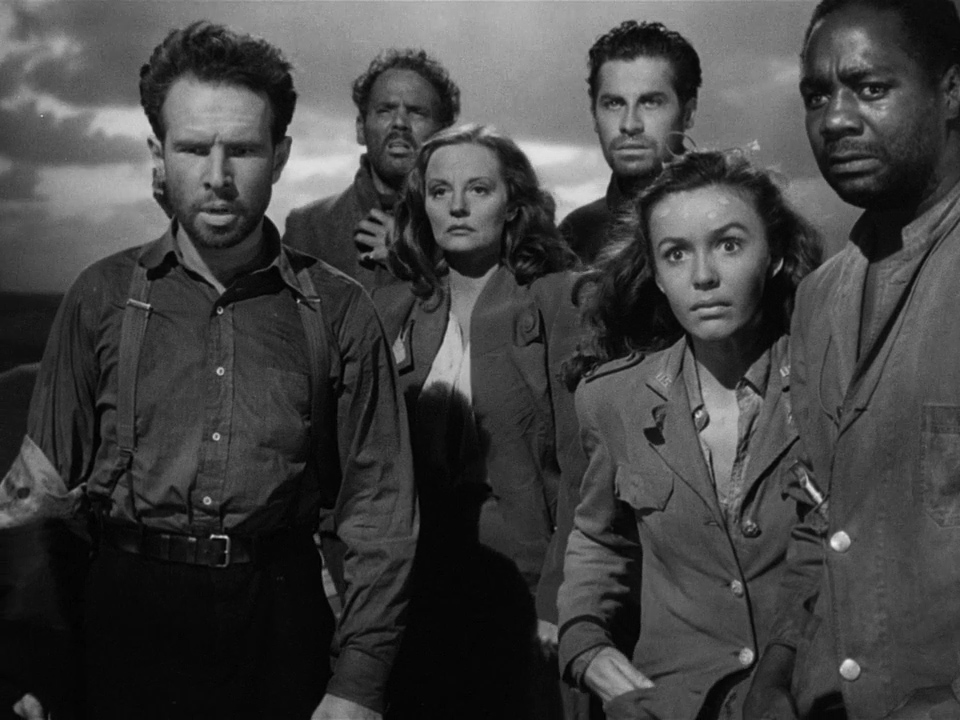 One of those subjects that pops up in films with some regularity, but which invariably fails to entice me, is the "group of people stuck on boat" ensemble. I'm not immune to enjoying boat dramas — Jaws, if it counts, is a favorite; Das Boot (which I reviewed in November) is a masterpiece; and, of the others I've seen, I think I've at least liked well over half — but they rank very low amongst my priorities. I have no boat-related phobias, but stories like this lend themselves too easily to a style of drama that doesn't appeal to me. Alfred Hitchcock's 1944 thriller Lifeboat is certainly one of the classics of its genre, and isn't lacking in quality in any regard, but I suspect I like it less than it might deserve purely because it indulges so directly in a violation of my personal taste in movies.

Nine survivors of a mid-Atlantic confrontation between an Allied transport and a German U-Boat gather on a small lifeboat to await rescue. the lone German onboard (Walter Slezak) is unpopular with most of the American and English crew (Hume Cronyn, John Hodiak, William Bendix, Mary Anderson, Henry Hull, Canada Lee and Heather Angel), but a haughty columnist (Tallulah Bankhead) argues in his favor, and, as the only qualified sailor of the lot, he is reluctantly assigned the task of navigating their route to safety. As the days pass, the desperate crew weathers storms, hunger, thirst, and a makeshift amputation, while forming bonds with and suspicions of each other.

Hitchcock does wonders with his limited cast and location, crafting a series of striking black and white images featuring vivid performances of characters who are well-defined and wrestling with their inner demons as much as their external circumstances. It is, without a doubt, one of his most visually accomplished movies, as he masterfully arranges his frames, finds every compelling angle within the story's natural constraints. Despite Hitchcock's wonderful realization of the confined setting, however, the screenplay is too tight, neat and mannered for its claustrophobic concept to be fully effective. Written by Jo Swerling from a story by John Steinbeck (which he disowned after seeing the film), there is an over-deliberate tone to the carefully archetypal selection of characters, and the arch dialog between them exacerbates the innate staginess of the scenario, safely wrapping the substantial drama within a protective layer of artifice that dulls most of its edges. It's not a complaint unique to Lifeboat, but rather the prevailing style of its era, in which cleverness nearly always trumps honesty, that tends to leave me feeling rather ho-hum about endeavors the could have otherwise probed a grittier darkness. 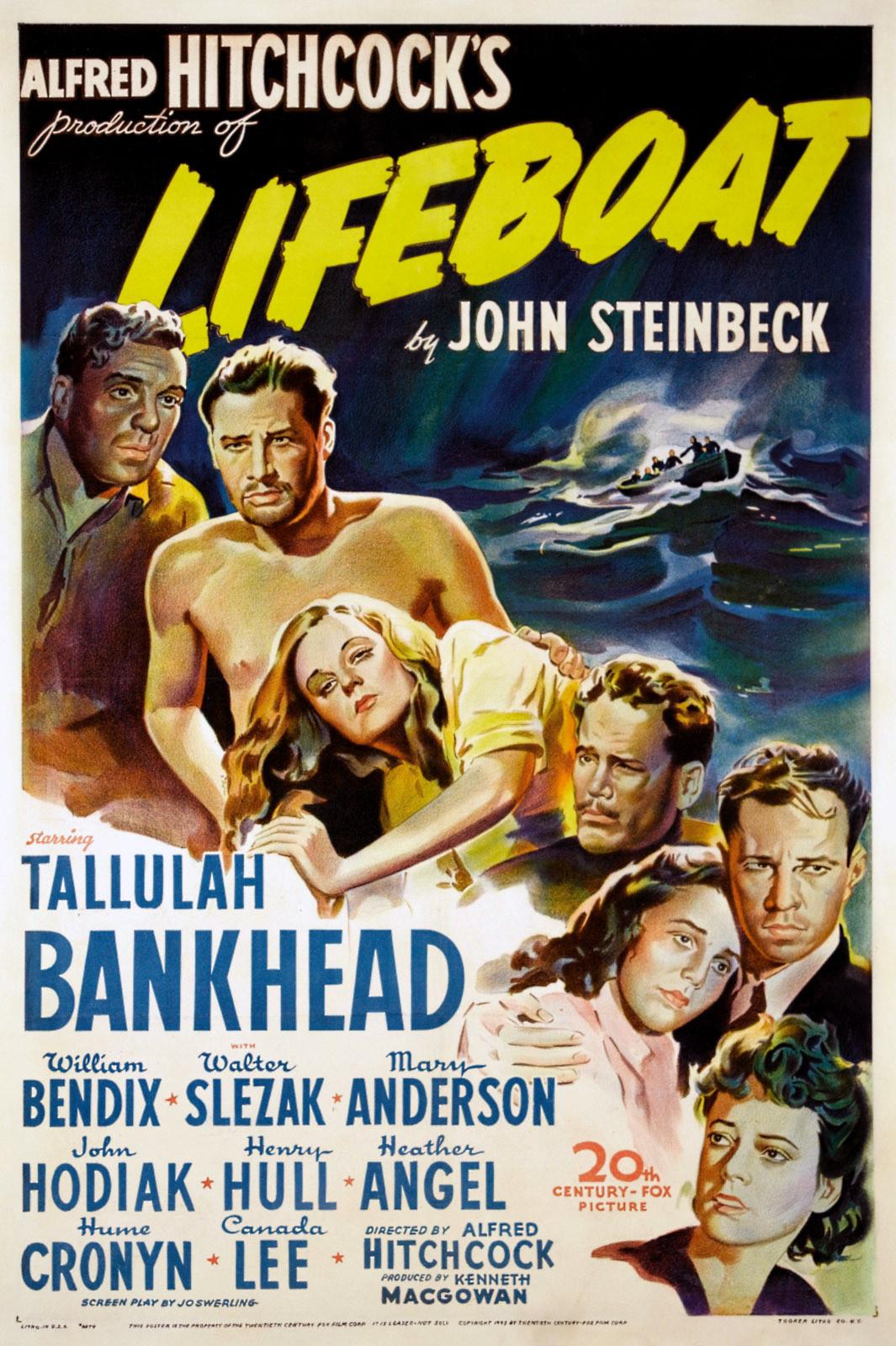