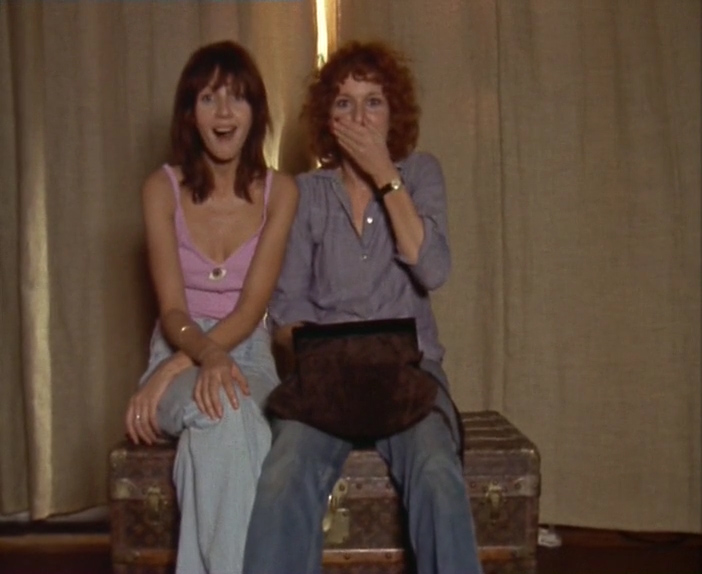 When I was in college, an older friend of mine, who had taken the school's History of Film course two years before me, warned me specifically about Jacques Rivette's Celine and Julie Go Boating — which he angrily described as the intolerable height of pretentious nonsense. I'm sad to say it didn't make as much of an impact on me as did his admonitions against it; I was far more possessed by Luis Bunuel's not dissimilar That Obscure Object of Desire, and had forgotten almost everything about Rivette's three-hour-long excursion into absurdist whimsy. Although I'm not generally a fan of movies wherein narrative is supplanted by elliptical symbolism, last year I surprisingly had a lot of fun watching Bunuel's bright and engaging post-modernist 1972 comedy The Discreet Charm of the Bourgeoisie, in which Bulle Ogier's stunningly funny deadpan performance was just one of many winning assets. It was her name in the Movie Slot Machine that brought Celine and Julie Goes Boating back to me this month, and although Ogier's role is a minor one, the movie largely succeeded with me for many of the same reasons that worked in Bunuel's favor.

The plot of Celine and Julie Goes Boating defies easy synopsis, unless it is reduced to something unhelpful like this: two young women meet and join forces to solve a mystery. To give you an idea of how little of what actually happens (if anything actually happens) is covered by that description, one fan theory is that the entire movie takes place inside the imagination of a cat — and that is just as illuminating as anything else that can possibly be said about it. There is magic; there is a murder; there is identity-switching; there are dolls; there is a mysterious house; there is a cat. It's a playful riff on Through the Looking Glass, replacing Alice with two silly friends, and Wonderland with a turgid melodrama that loops over and over again.

Just like Bunuel's The Discreet Charm of the Bourgeoisie, the appeal of Celine and Julie Goes Boating comes from Rivette's ability to present difficult material in a light and whimsical fashion. At no point does Celine and Julie feel intellectual (although my appreciation for it grows the more I think about it). Rivette's style is plain and natural, completely devoid of the oppressive style or foreboding intent that make so many "art films" feel like chores. Although the 185-minute running time is, by any rational judgement, too long to qualify as a lark, the movie feels much like a leisurely stroll through a weird world with fun people — with only a hint of concern that it's a trap with no way out. Remarkably, the substantial duration is never nearly as daunting as it should be, especially given the challenging obliqueness of the content. It can't be said that any of the time feels wasted; a more compact pace would focus too much on a then-frenzied plot and violate the unforced rhythm of the relationship between Julie and Celine, which is the source of the movie's engaging essence. Patience and an extremely particular mood are required.

Stars Juliet Berto and Dominique Labourier are delightfully mischievous — Labourier, in particular, is a unique comic presence, and delivers a show-stopping half-vaudeville routine at one point. Rivette seems to be guided by an utterly innocent imagination, untethered from the need to mean anything beyond expressing the kind of half-baked, unspoken secret language that exists between best friends who are connected in ways of which they themselves are not even aware. If anything, Celine and Julie Goes Boating is as strong a celebration of female friendship as I've ever seen on film, and maybe this is just Rivette's attempt to understand the varied stages of female friendship — or just him revelling in all the reasons why he will never understand the mysterious bond between close female friends. They are, at times, suspicious, withholding, fickle, jealous, sabotaging and exasperating, but just as quickly, and maybe even simultaneously, deeply protective, nurturing, supportive and joyous, achieving a synchronicity that allows the two women to slip in and out of each other's minds and bodies with phantom-like ease. From Rivette's perspective, it's a phenomenon that is confounding and yet magical to behold, even if it makes no more sense to him than it might to a cat. 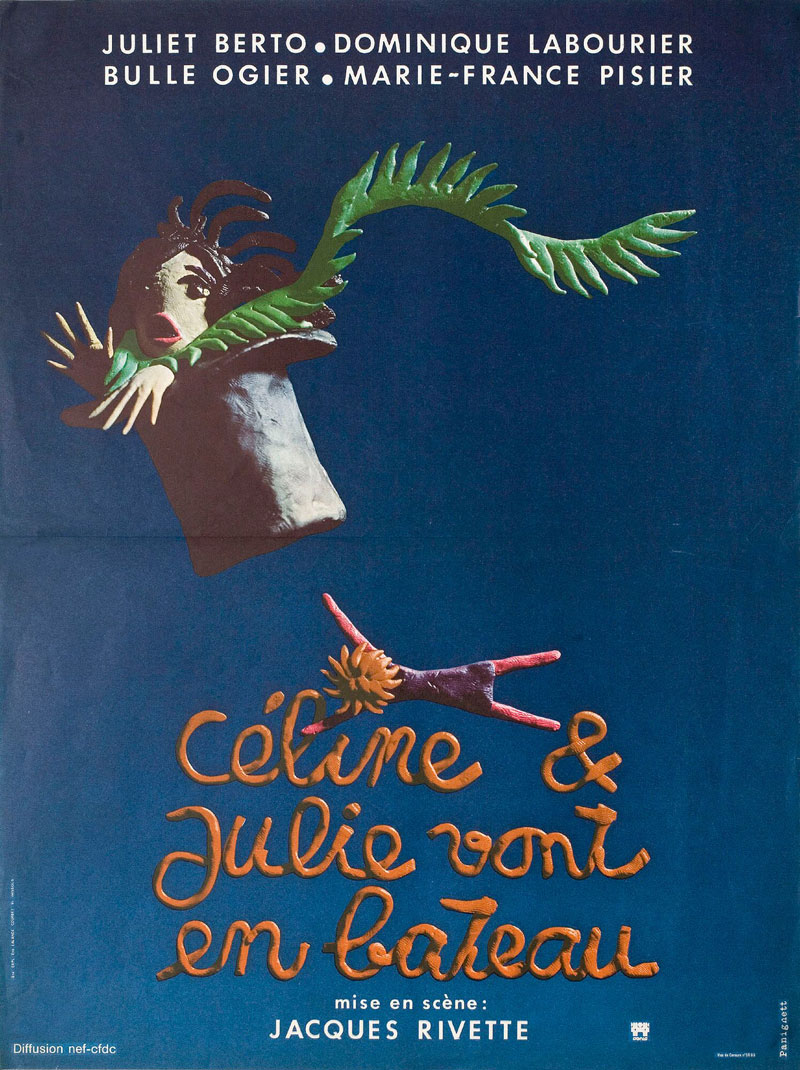