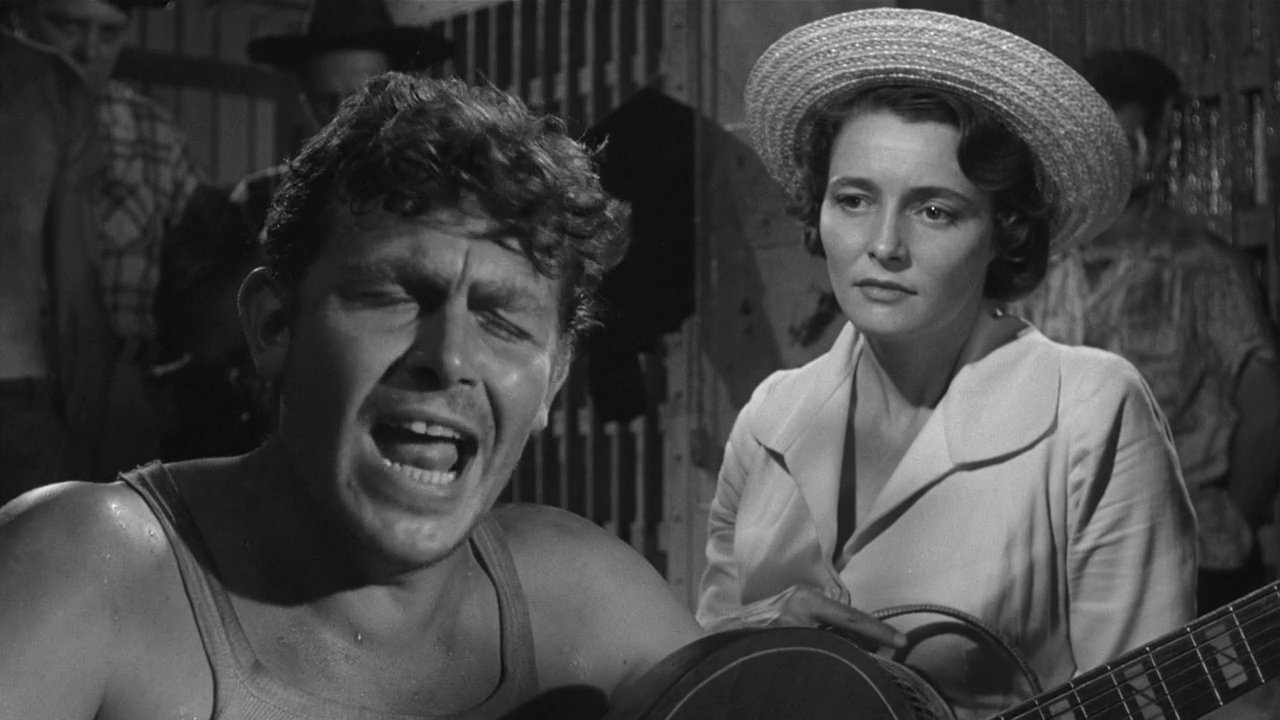 I used to confuse A Face in the Crowd with one of PopGap's movies from February, All the King's Men, and it's easy to see why: both are "issue" movies that track the rise of populist rabble-rousers from humble rural origins into dangerously powerful bullies whose charisma is employed toward nefarious political ends, and whose personal corruptions run much deeper than the forced facades of their public personas. However, while Robert Rossen's bleak 1949 drama relentlessly hammered a single-note from within an inert crowd of ineffectual zombies, Elia Kazan's much richer take fully explores the complicated humanity of an inadvertent, opportunistic folk hero and those who enable him past the point of good conscience.

Patricia Neal is brilliant as Marcia Jeffries, a small-town radio journalist who uncovers a diamond-in-the-rough while broadcasting from a local jail. Larry Rhodes (Andy Griffith), a drifter and layabout spending a night in the drunk tank, is offered an early release in exchange for participating and he takes to the mic with the zeal of a con man spotting a fresh mark. Jeffries' station offers him a show, and his knack for appealing to women makes him an instant hit, but once Rhodes — broadcasting under the down-home moniker "Lonesome Rhodes" — realizes that his newfound popularity carries with it enhanced sex appeal, profitability, and social influence, he chases down opportunities to expand his reach with gusto.

Griffith is a whirlwind of wild charisma as Rhodes, but director Elia Kazan and writer Budd Schulberg (adapting his own short story), are careful to round out his blustery public face with an affecting mix of real joy, lost neediness, and hardened manipulations. Rhodes is not a villain in the way that All the King's Men portrays Willie Stark, but a victim of his own impulses as he greedily consumes the praise he's offered, as long as he can bend it to his own terms. Neal, however, gives the film's strongest performance, as Jeffries is at first thrilled by her discovery, and then enamored by Rhodes' magnetism and success, before she slips into an uncomfortable cycle of validating her star's needs while suppressing her own. Neal effortlessly careens from giddy enthusiasm to haunted moral degradation, and, while like most female characters of the 1950s she desperately needs a sharper sense of agency and a long overdue injection of self-respect, her path through A Face in the Crowd is an authentic heart-breaker. Lee Remick makes a small but notable debut appearance as a teen baton-twirler who pivotally catches Rhodes' wandering eye, and Walter Matthau is given some nice tender moments with Neal, as a cynical writer for Rhodes who falls for Jeffries.

There aren't many better-looking movies from the 1950s, with perfectly evocative cinematography from Harry Stradling, Sr. Kazan's direction of A Face in the Crowd is in all respects close-to-perfect, with its major flaw the predilection for social commentary of that era to express itself in scolding speeches and untempered histrionics. Sadly, Walter Matthau, in a strong early role, gets saddled with most of the former, with his most didactic moments clumsily inserted right when the emotions of Jeffries and Rhodes are already communicating everything that needs to be said. Still, Matthau delivers his party-killing speeches with straightforward and restrained passion, leaving the unraveling Griffith to chew the scenery alone. the end is a bit much, as Rhodes devolves into feverishly overwrought melodramatics, but overall A Face in the Crowd is a vast improvement over All the King's Men, and a worthy precursor to Paddy Chayefsky's classic Network, which would cover some of the same ground 20 years later.

Discuss A Face in the Crowd @ Letterboxd 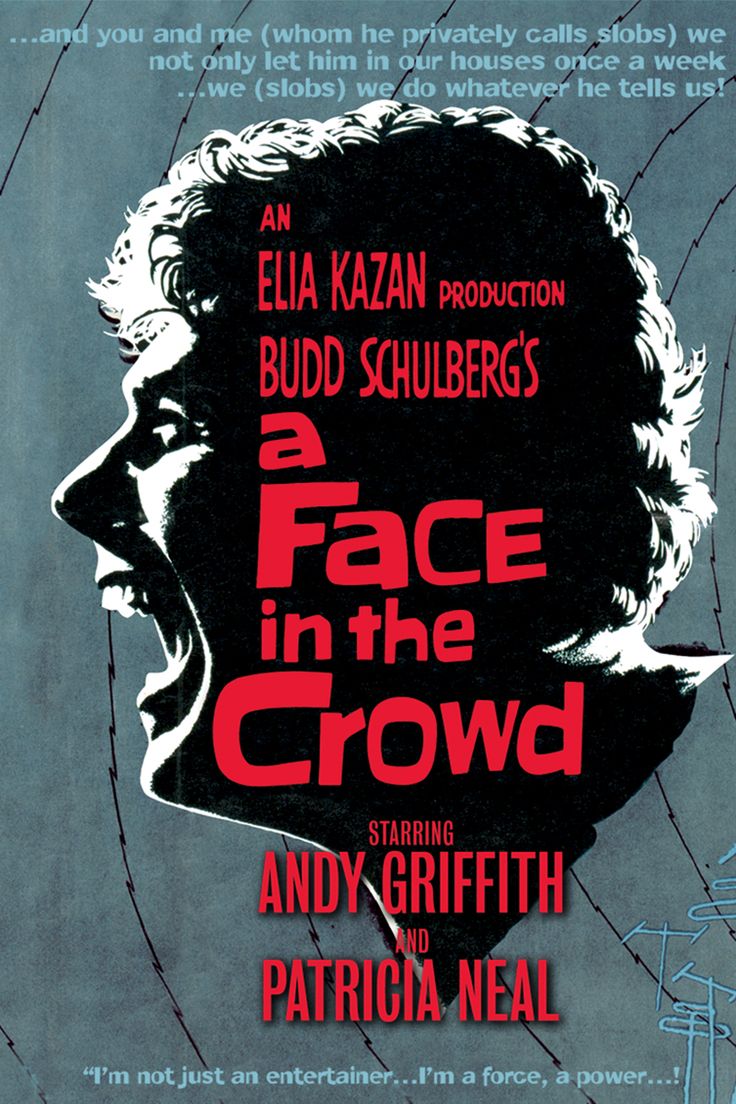