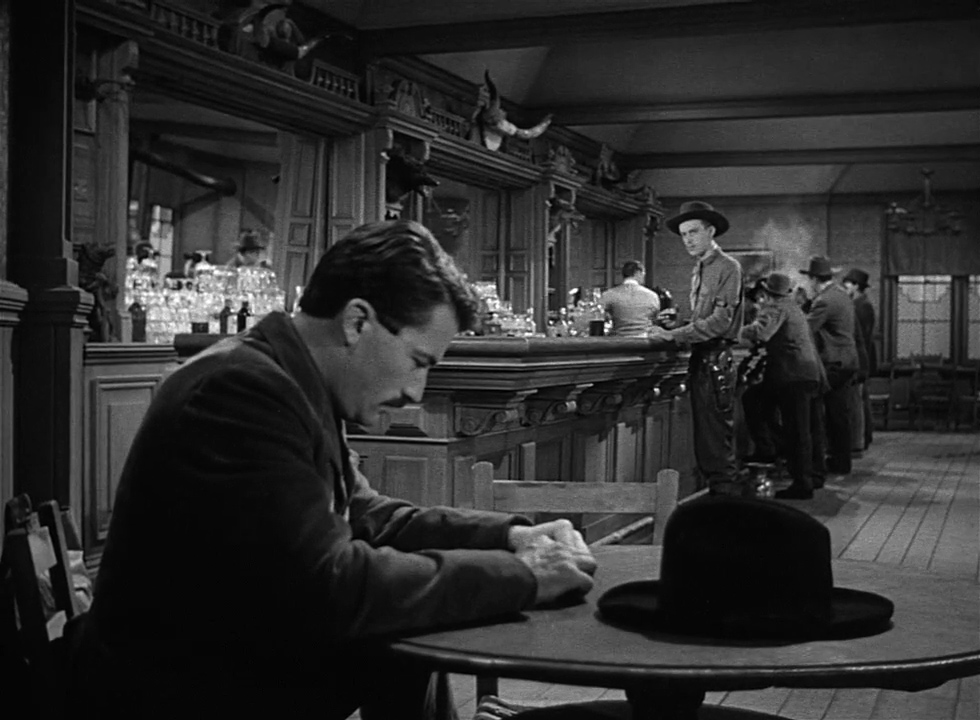 It's been a slow month for PopGap when the best movie of the bunch is like a really tight extended episode of an anthology TV series. Gregory Peck is as solid as ever in The Gunfighter, a sort of western chamber drama about a legendary quick-draw artist whose reputation plagues him wherever he goes. Director Henry King's production is admirable in most all technical facets, and explores its concept with a tight, wry script, but it lacks magic.

The notorious Ringo — who is rumored to be even tougher and faster on the draw than Wyatt Earp — causes a stir wherever he goes, and can't seem to enjoy a peaceful drink without some precocious young tough challenging him to a duel and winding up dead. When he arrives in Cayenne to look up a lost love, Ringo is almost immediately intercepted by the sheriff (Millard Mitchell), an old pal who wants to get him out of town quickly, without any casualties. As word spreads that a famous gunslinger is in Cayenne, both those who consider Ringo a despicable villain and kids who are enamored with his exploits crowd outside the saloon where he's stationed, hoping for some kind of dramatic event to take place.

Although the script by William Bowers and William Sellers (with help from producer Nunnally Johnson) is terrific at filling out a 45-minute idea into a consistently engaging feature film, it's Peck at his most unflappable who makes The Gunfighter resemble a classic. He's weary but resolute and absolutely commanding in every confrontation, even though he's fueled more by self-preservation than actual swagger. Mitchell, also, is terrific, and a fair match for Peck in terms of granite determination. Karl Malden is fun in a slight role as a saloon keeper, but the rest of the casting is fairly pedestrian, and the lackluster relationship subplot feels obligatory rather than vital. Helen Westcott is a bit of a void as Peggy, and although Peck shares a nice scene with Ringo's estranged son (B.G. Norman), those characters are particularly suffocated by the pall of inevitability that hangs over the entire story — and Peck is also at fault for balking at the fragility required by a couple of key scenes.

Some quaint dialog adds a layer of stuffiness that doesn't help. One antagonist (a young Richard Jaeckel) tries to goad Ringo into a gunfight by repeatedly calling him "Mr. Frazzlebottom" and the climax consists of Ringo more than once mockingly using the phrase "big, tough gunny" as if anyone would ever think that "gunny" sounded tough. 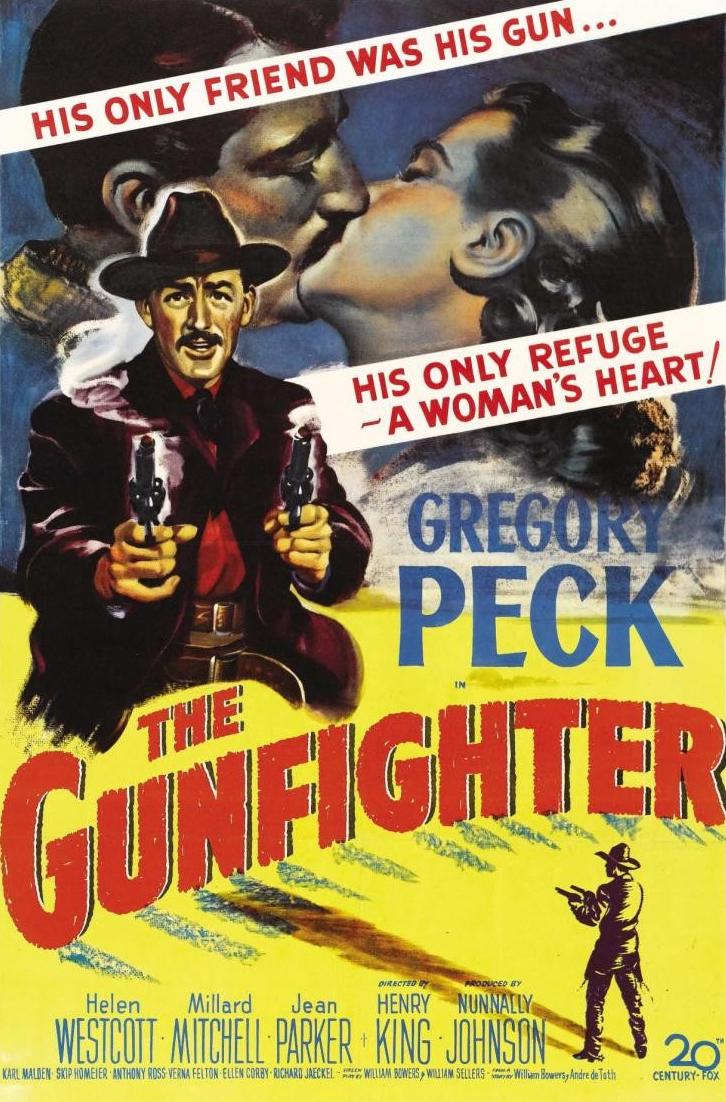