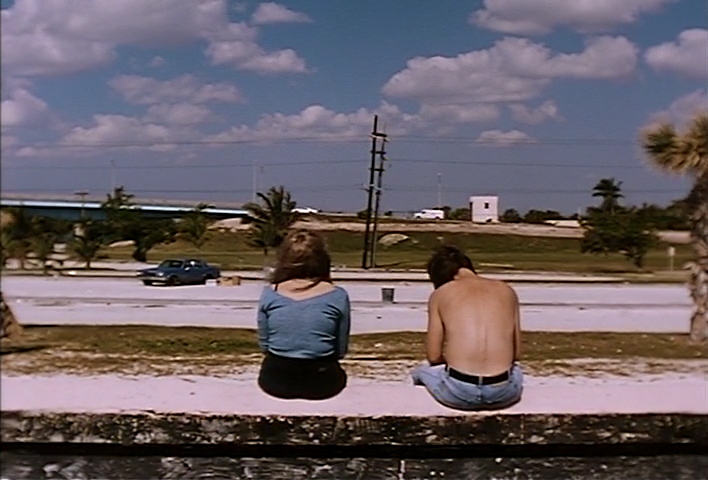 When Kelly Reichardt was selected as this month's featured director, I was excited to finally watch her two most recent movies, which had been lingering on my watchlist for a few years. She had one other movie that I hadn't seen — and of which I wasn't even aware — which added the satisfaction of soon completing her filmography (at least, for the next few months). Twelve years before her sophomore effort, Old Joy, established Reichardt as an indie director that demanded special attention, she made her debut feature, River of Grass. It was produced from within the mushroom cloud of the Soderbergh/Tarantino/Smith-inspired indie boom of the early 1990s, and bears more of the hallmarks of that movement than it does Reichardt's now-developed personal style, but there's a nice pay-off laying-in-wait at the end of this otherwise undistinguished post-modern yarn.

Lisa Bowman stars as Cosy, an unsettled housewife who ventures out into the Floridian night looking for anything different than her suffocating home life. At a disreputable bar she meets Lee (Larry Fessenden), a ne'erdowell who has found a lost gun that very same day. They began a sort-of adventure that sort-of involves crime and sort-of going on the lam. Reichardt has called it a "road movie without the road, a love story without the love, and a crime story without the crime," which is a perfectly apt description of her twist on the glut of metatextual B-movies released during the same era.

For a first effort, River of Grass is not bad. In fact, it starts with a strong voice and a compelling home movie-like feel, but it quickly turns into a parade of '90s indie cliches: characters in a state of disaffected ennui, accidental crimes, a couple on-the-run, coincidences from the darker corners of providence. Every wannabe filmmaker with access to a credit line seemed to be trying some kind of low budget variation on these tropes at the same time. While River of Grass is not derivative, per se, it suffers from a sameness. Not yet assured behind the camera, Reichardt doesn't succeed stylistically in the way that she would so consistently a decade later — her debut is pretty murky and depressing to look at — but she attempts to insert a distinctive authorial voice here and there, and only really nails it during the satisfying final minutes, as if she had planned the movie backwards with that climactic and worthy point driving the entire project.

River of Grass is my 5th favorite of Kelly Reichardt's five movies to-date. It's scheduled for theatrical re-release later this year. 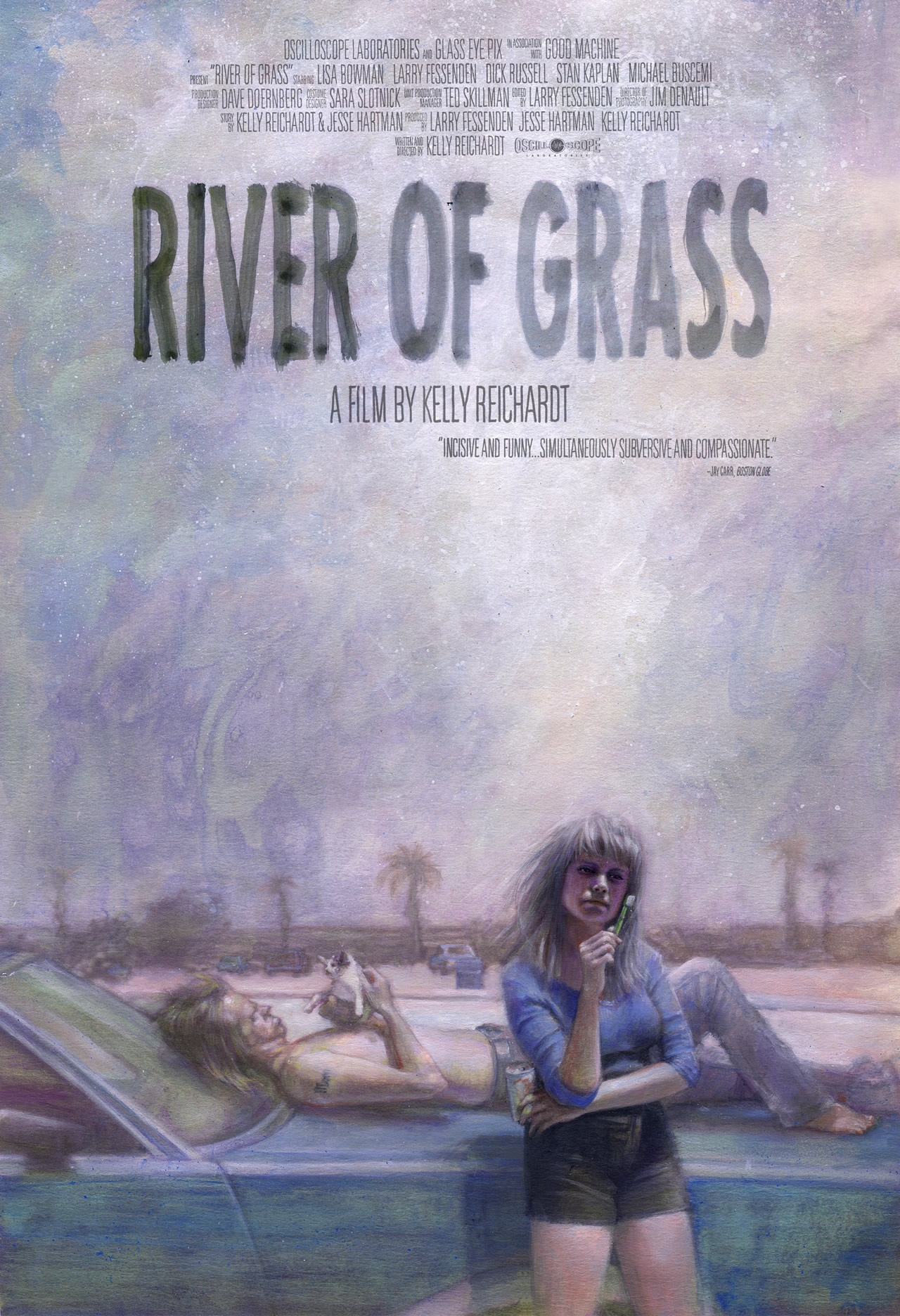