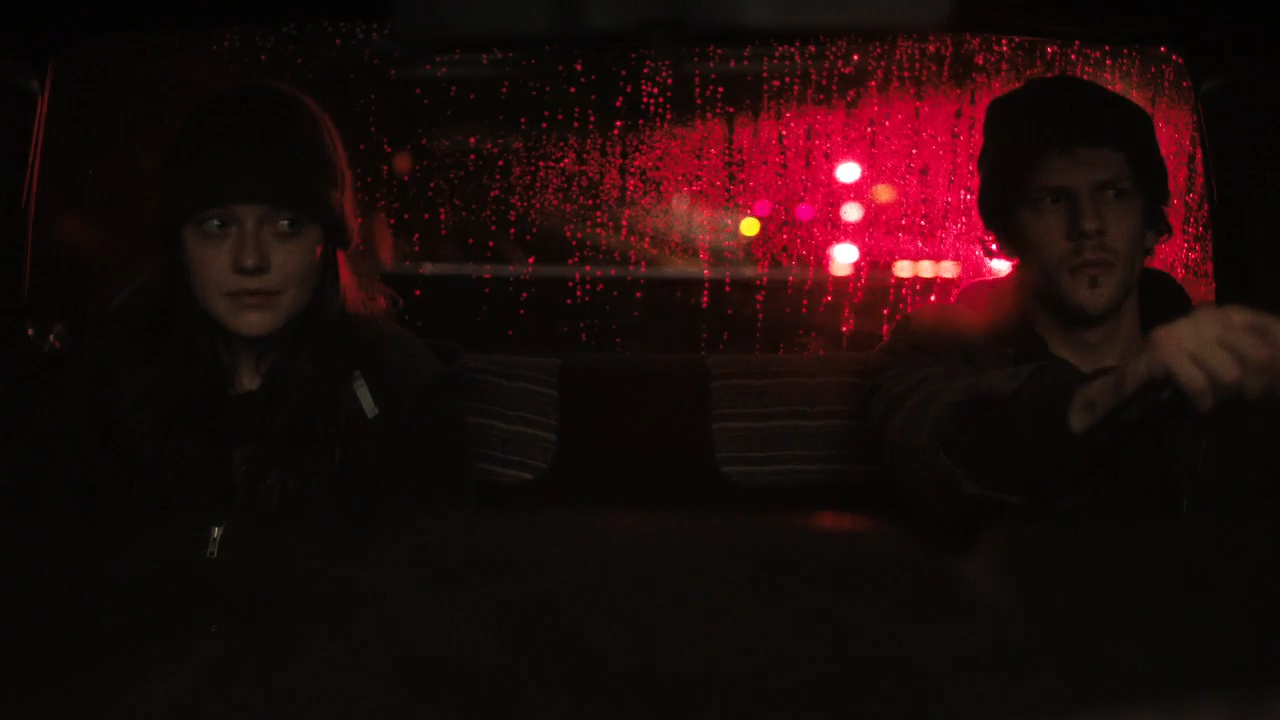 With each consecutive film over the past decade, indie director Kelly Reichardt has been gradually gaining exposure with more ambitious projects, bigger budgets, and the increased presence of Hollywood stars in the casts of her otherwise modest movies. Her 2013 release Night Moves even gave the initial impression that she might have gone mainstream, with Jesse Eisenberg and Dakota Fanning spearheading what appeared to be a thriller about eco-terrorism. However, Night Moves is still classic Reichardt through-and-through: structurally unconventional, full of patient build-up, and with her most intense focus yet on the suppressed expressions of people wracked by inner-conflict.

Night Moves follows three environmental activists as they quietly plot to destroy a dam in rural Oregon, but Reichardt studies them fully in the present, with with minimal backstory and sensationalism. Dena (Dakota Fanning) is an idealist frustrated by the passive "activism" of her peers and anxious to fund a protest that matters; Harmon (Peter Sarsgaard) is a burned out ex-Marine with practical expertise in explosives. the third member of the conspiracy is the wild card: Josh (Jesse Eisenberg) is an organic farmhand whose withdrawal from conventional society seems based more on anti-social tendencies than any particular lifestyle conviction. As they prepare and execute their plan, minor tensions ebb and flow, but they proceed with a solemn sense of purpose. Afterward, however, with no common goal to bind them, each of the participants is left to deal with the fallout of their deed according to their own internal compasses.

Reichardt yet again elicits exacting performances from actors who spend a majority of their screen-time in silent rumination. Sarsgaard utilizes his unbothered intensity and Eisenberg his agitated peevishness — seemingly natural states, which the two actors successfully repress under layers of furtive calm, like centennially dormant volcanoes — while Fanning employs a wide-eyed determination that barely staves off her imploding conscience. Familiar faces like Alia Shawkat, Katherine Waterston and James LeGros fill in the blanks of the small supporting cast, adding some extra wattage to the deliberately low-key tone.

It's those three main performances, and Reichardt's unfaltering, clinically objective lens, that make the first half of Night Moves so absorbing. the second half is more problematic, partially in that the climax seems too conventional given Reichardt's unique style. However, almost as if in compensation for that generic turn of events, Reichardt concludes Night Moves with what has become too common a trope in the last few waves of indie cinema: the quizzical non-ending. In a movie during which the viewer has already spent 100 minutes deciphering anxious glances and assessing oblique motivations, the coda is too obscure to make easy sense of not only the motivations therein, but also simply of what is being shown, and why. So much of Night Moves is composed of long, uncomplicated takes in which the subject is the tension, it's almost as if the final five minutes is filmed in a foreign narrative language. As much as I appreciated the overall technique and the questions Reichardt raised through the absence of polemic and melodrama, I was left scratching my head, rewinding, and missing out on something; I'm just not sure what. 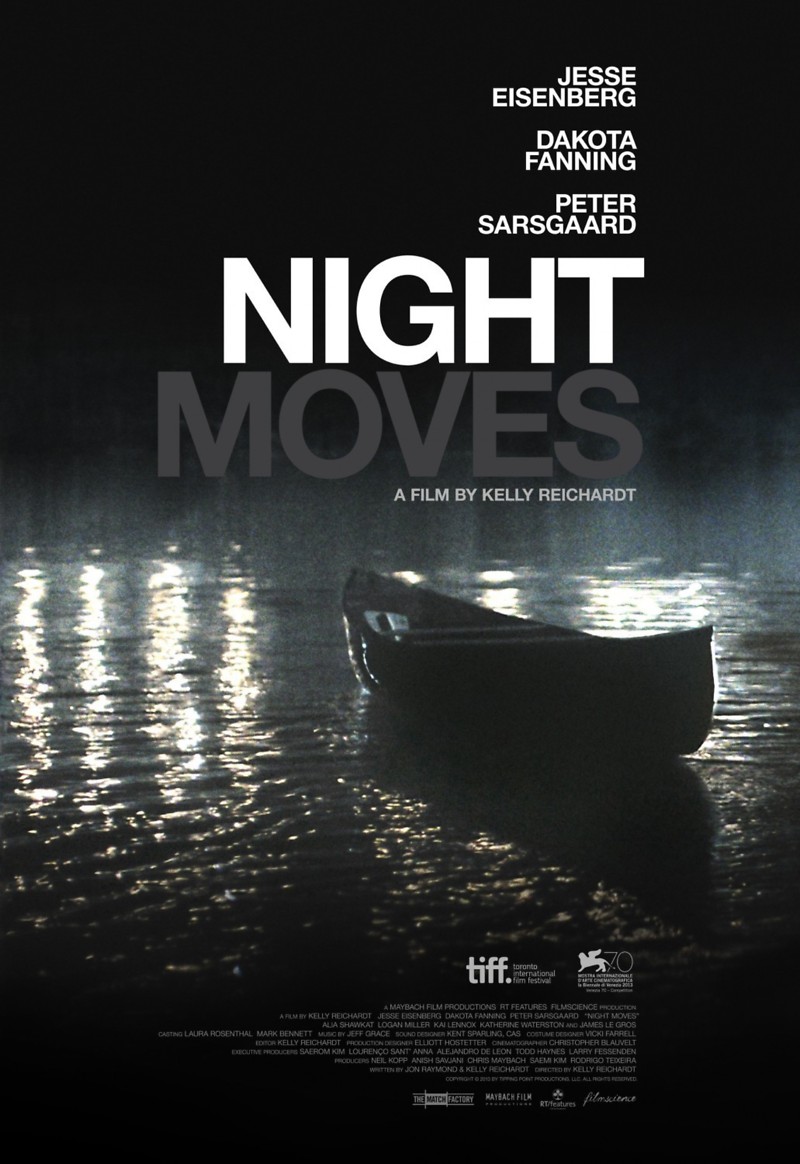