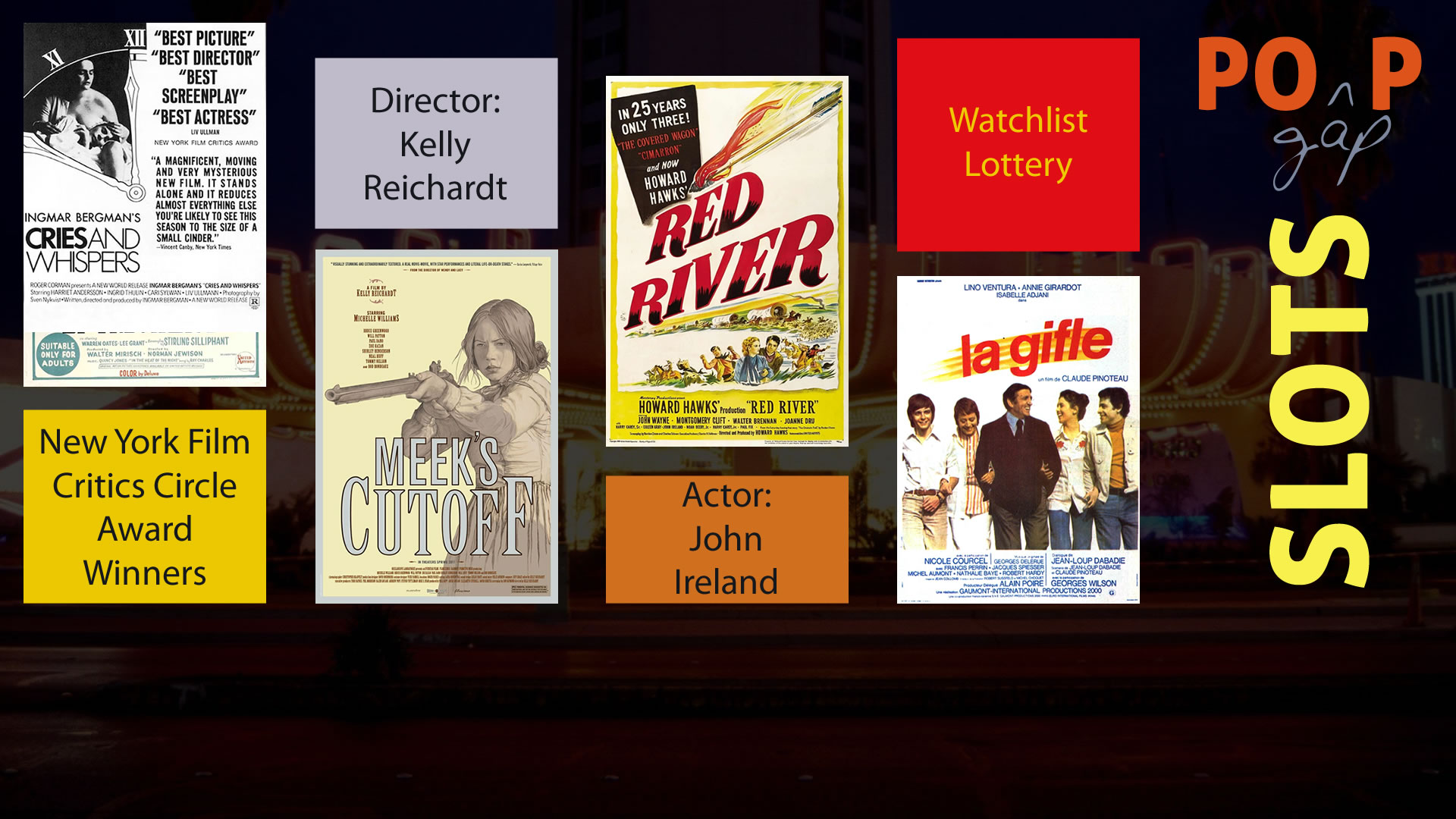 The first Movie Slot Machine experiment has been completed, and my initial thought is that the movies were not up to the usual standard. However, this should have been expected with the switch of criteria from Best of lists to a more random and varied method of selection of both themes and films. Only one movie from February's list of 12, Meek's Cutoff, ended up in the top 20% of my Flickchart, and it just barely squeezed in. However, the purpose of using the Movie Slot Machine this year is to discover more obscure movies, so it's a gamble I'm willing to endure.

Here's how February's movies ranked for me: