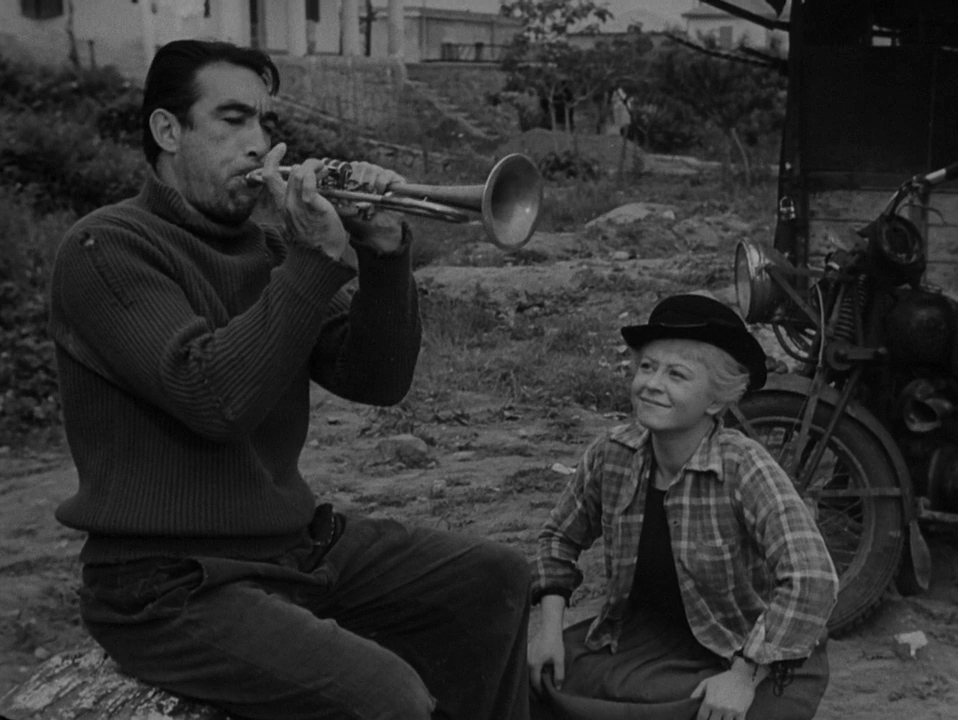 Last month, Federico Fellini's 1957 masterpiece Nights of Cabiria took a while to land for me, but finally did so with great impact despite the odd-fitting but ultimately wonderful casting of Giulietta Masina in the lead role. In La Strada, his beloved award-winner from three years earlier, Masina plays a role arguably better suited to her childlike presence — but one in desperate need of Cabiria's indignant will. I feel a bit lousy about knocking a bonafide classic for committing to its purpose, but I needed more from the two main characters to stay engaged, and found Fellini's outlook far too bleak this time around. Just like it was meant to be within the story, the unexpected swerve at the end was too little, too late for me as a viewer.

Masina stars as Gelsomina, a moon-faced naïf who is thrilled when her poor mother sells her to a traveling strongman to serve as his assistant as he performs road shows across the country. Zampanò (Anthony Quinn), however, is physically and emotionally abusive, with little regard for Gelsomina outside of the support she provides to his shows — and as one of many impersonal sexual outlets. When Zampano and Gelsomina run into a trapeze artist (Richard Basehart) who revels in heckling the humorless Zampano, and who shows Gelsomina the illusory possibility of a better life, everyone's fortunes take a turn for the worse.

Unlike the later Cabiria, which flirts with doom and then delivers a magical moment of resilience, La Strada might have been completely soul-crushing if I hadn't lost a war of attrition with its thin characters, whose lack of dynamism left me emotionally uninvolved in their fates. While Zampano's cartoonish lack of nuance was a problem, Gelsomina's stubborn persistence turned me off even more. Surely, the notion of a woman choosing a scumbag over self-preservation was not unheard of in Italy during the 1950s, but watching it play out with Masina all sweet, innocent and Chaplinesque in the martyr role was a real drag. Basehart's "Il Matto" provides a neat bit of cognitive dissonance as the seemingly kind fool who talks beautiful nonsense but is, at essence, just another narcissistic dead-end huckster — but neither he nor the few neat and memorable moments were enough to make me care. It would've been heartbreaking if my heart hadn't given up halfway through.

It was interesting to watch La Strada and Buffalo '66 back-to-back and have such differing reactions, as both movies are visionary takes on naive women sublimating themselves for the needs of horrible and oblivious men. Even though Buffalo '66's ending was also its weakest part, Billy made for a far more sympathetic and fragile creep, and that gave an emotional logic to Ricci's affection that I couldn't find in Gelsomina. Maybe La Strada would've worked better for me if Zampano hadn't been such an obtuse cretin from the start — if he had been even the least bit charming, like Il Matto — but then it might have gone somewhere else entirely. Maybe that would've been OK, too.

Flickchart user UberMusings' compatibility score takes a sizable hit with my lukewarm response to his 19th favorite movie. With only two considerably questionable movies in his Top 20, my relatively low ranking of La Strada at 1079 (67%) knocks him 66 points down to 605. 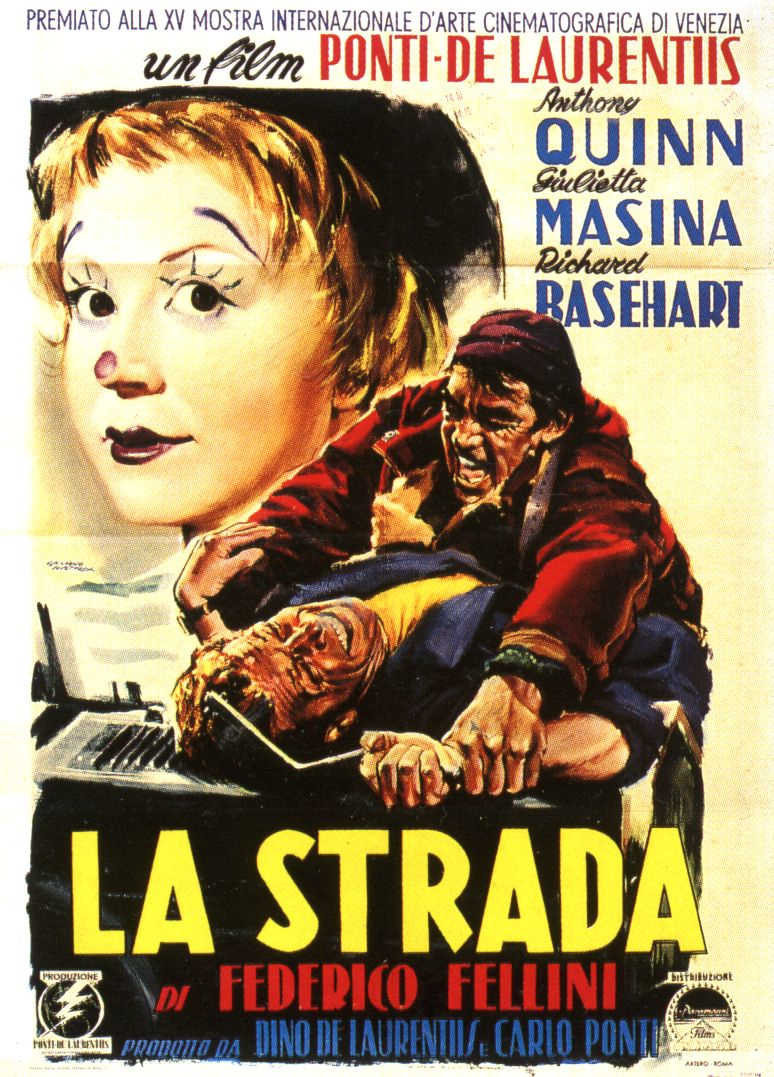