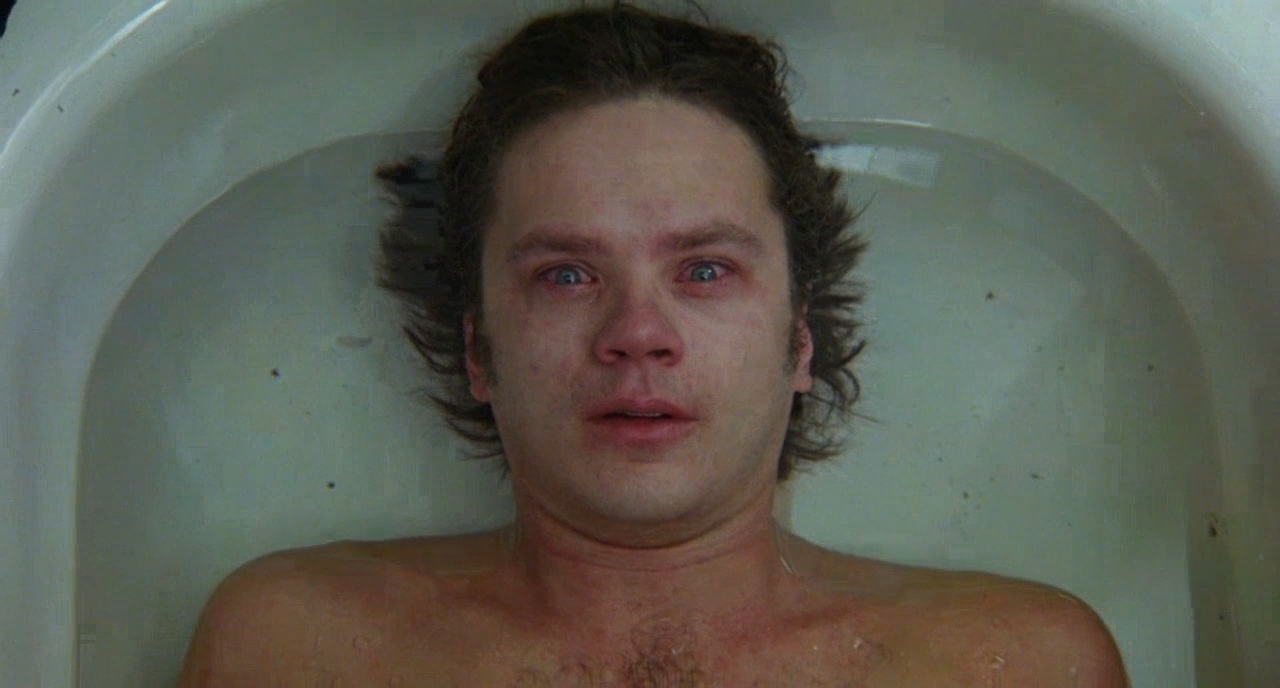 As far back as I can remember, I've rarely been a fan of the mostly horror-ish movies that base their suspense on the core issue of the main character doubting their reality. In watching Jacob's Ladder for the first time since I was in college 25 years ago, I may have found the original transgressor. Despite Jacob's Ladder being overall well-made, I am almost always unengaged by this premise, and just as disappointed by endings that simply cannot resolve too-clever and overly complicated setups.

In his first lead performance in a major release, Tim Robbins plays Jacob, a mailman plagued by recurring nightmares from his tour in Vietnam and haunted by both the death of his youngest son and the subsequent disintegration of his marriage. Even though his life has its blessings — the best of which is a super-hot and spunky girlfriend (Elizabeth Pena) — he carries a sense of uneasiness that grows into paranoia as he becomes convinced that odd-shaped humanoids are stalking him and that his murky war experience has made him and his fellow soldiers targets of a sinister plot.

Directed by Adrian Lyne, Jacob's Ladder looks great, but even though it's grittier than the director's usual output, it doesn't totally escape the glossy emptiness that trademarked Lyne's series of hits during the 1980s, which culminated in 9 1/2 Weeks and Fatal Attraction. As effective as some of the very good nightmarish scare scenes are, Lyne's handling of the sentimental aspects of Bruce Joel Rubin's script are cringe-inducingly precious (the too-bold presence of a then-unknown Macaulay Culkin don't help). Robbins is quite good in the lead role, and Pena should've emerged from this part of her career as a bigger star, on this evidence. danny Aiello also appears in an atypical role which he performs adequately, but falls victim to Lyne's overindulgence to sentiment.

Of course, the fundamental problem that Jacob's Ladder, like most of these types of movies, fails to overcome is, if the story the audience is presented isn't "real," then nothing is at stake, and there is no reason to care what happens. This gimmick neuters the cores of tension and empathy within the narrative. As is usual with this type of premise, Jacob's Ladder is really just an elaborate set-up to a punchline, where the desired result is a "Woah!" rather than a laugh. Such a narrowly focused end-game sucks all of the purpose out of the preceding 100 minutes, which is a pretty deflating movie-going experience. Lyne then adds insult to injury by presuming to tack a serious message onto the end credits, which feels like a terribly exploitative co-opting of real trauma in an effort to salvage meaning from a cheap genre gimmick.

I had to dig down to #42 on Zebula77's Flickchart to find Jacob's Ladder, which I had seen too long ago to recall accurately. Because it's outside his Top 20, which is an almost even mix of my favorites and some decent-to-middling sci-fi and action fare, he only takes a slight score drop, from 597 to 609, resulting from the addition of new movies to my own chart. 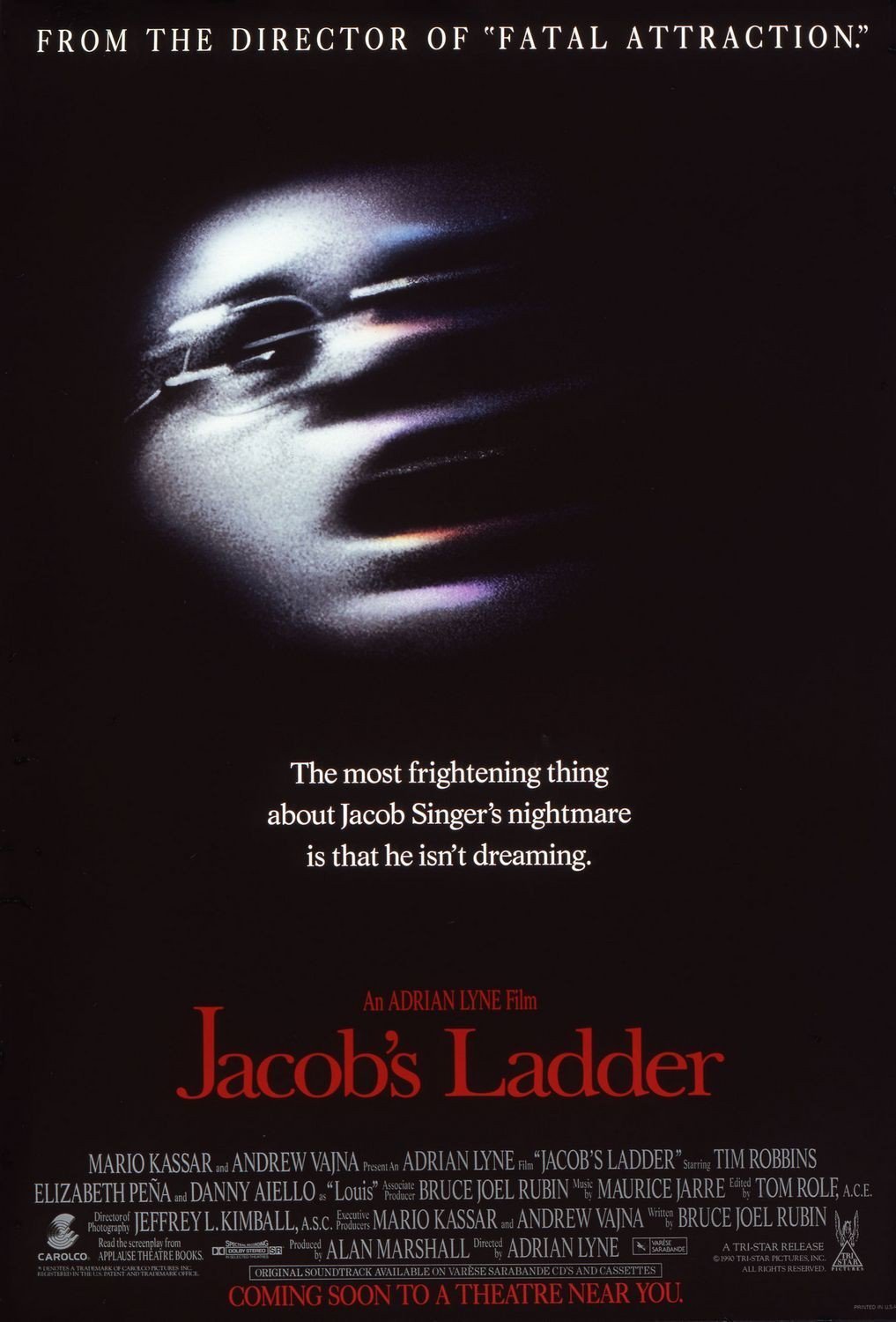