Galaxy Quest is one of a few movies that popped up on more than one of the Flickcharts I surveyed for this Peer Review project, and it also fell just shy of making the final list of 20 for my Top Unseen Comedies month back in August. Despite its popularity, it's a movie that I've never considered watching before, as it appeared to be specifically targeted toward an audience that doesn't include me: Star Trek fans. As a Trek-agnostic, it's nevertheless clear why Galaxy Quest resonates so well with those who love the TV series that it affectionately sends-up, but I found it disposably amusing.

Like a sharper remake of The Last Starfighter, Galaxy Quest pits the cast of actors from a beloved campy sci-fi TV series against a real-life space menace after they are recruited by a beleaguered alien race who mistook their fictional exploits for historical record. With Tim Allen, Sigourney Weaver, Alan Rickman, Tony Shalhoub and Sam Rockwell as befuddled actors struggling to cope with an actual life-and-death struggle, Galaxy Quest has a likable enough core that its dearth of real surprises is never an issue, but the movie's most inspired comedy comes from its fun conception of its alien races. the reliable Enrico Colantoni would have stolen the movie as the delightfully off-kilter leader of the desperate and gullible aliens who solicited the Galaxy Quest crew as their defenders, if it weren't for the even more fun, rubbery Gwar-like design of the war mongering villain Roth'h'ar Sarris (voiced by Robin Sachs).

Directed by Dean Parisot from a screenplay by David Howard and Robert Gordon, there are some smart jokes in Galaxy Quest — particularly those concerning Rockwell's single-episode crew member who gets swept along with the show's stars — but there's an overall puffy fan-serviceness to it that did little to provoke more than a casual interest from me. As sci-fi convention movies go, I prefer the edgier and less-reverent comedy of Paul with its wider range of influences, but Galaxy Quest is above-average even if its lasting impression is slight.

Galaxy Quest came to me by way of the Flickchart of Brother Reed, who is doubtless a bigger fan of sci-fi than I am, although it's hard to argue with the quality of his mostly high-concept Top 20, which has six movies in common with my own. He ranks Galaxy Quest as his 39th favorite movie. So what if I ranked it at a mere 1338 (60%)? It was made for him, not me. the 18-point jump in his compatibility score is unrelated to this movie but rather to improvements in his overall taste. 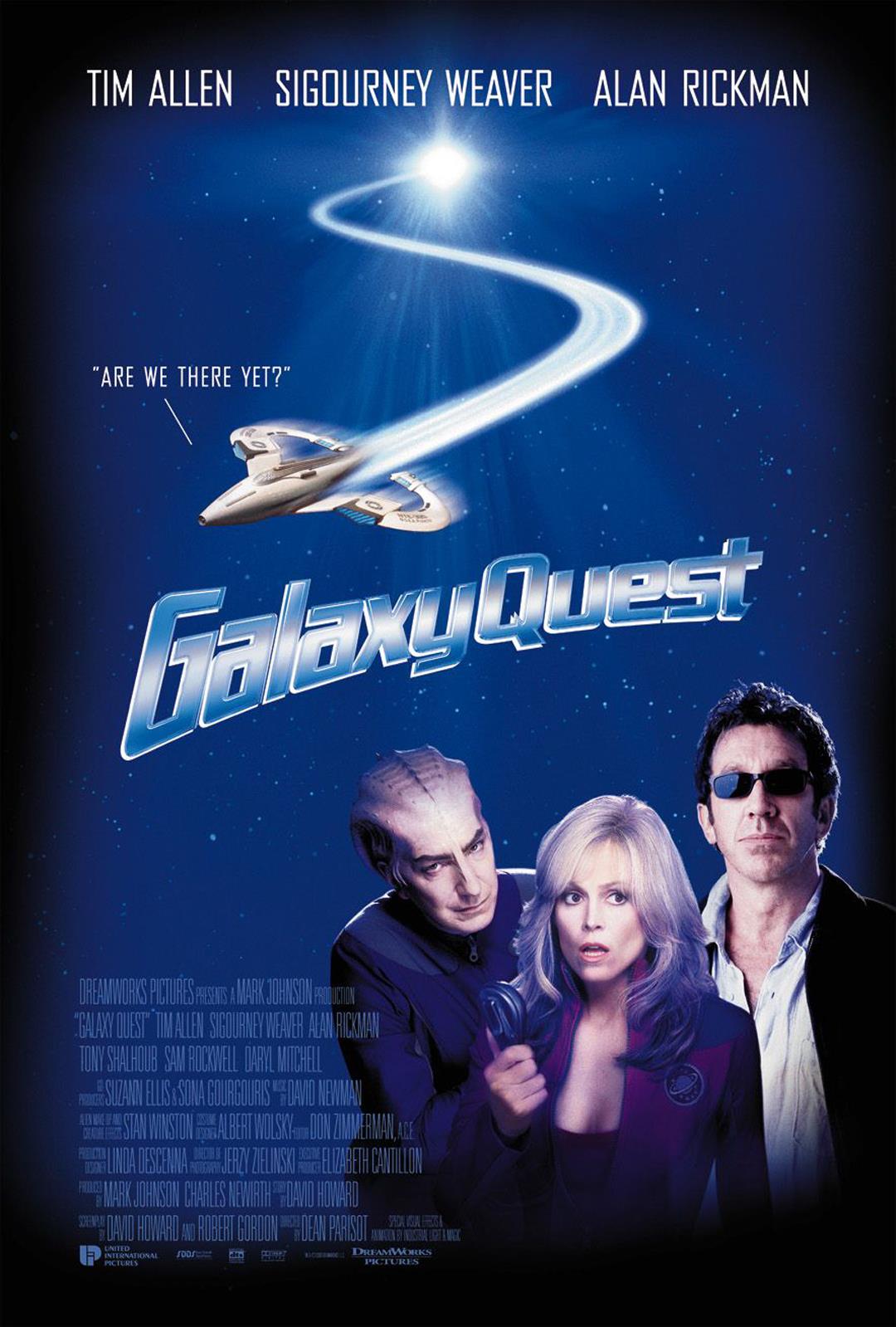