Forbidden Planet was one of the least enticing movies on this month's list, as the camp value of 1950s sci-fi has only fleeting appeal to me. Knowing very little about this genre, I wasn't aware of any distinction between Forbidden Planet, with its infamous Robby the Robot, and the fish-bowl wearing gorilla in the famously bad Robot Monster (1953), or of a number of other cheap, B-grade post-war-era alien thrillers. What I didn't expect at all from Forbidden Planet was its ambitious, big-budgeted production design, which is simply stunning.

In the 23rd century, Commander John Adams (Leslie Nielsen) leads a mission to the planet Altair IV in the hopes of discovering what became of a lost scientific expedition that was sent there 20 years earlier. What they find is a sole survivor, Dr. Edward Morbius (Walter Pidgeon), who has fashioned a stylish home out of an oasis in the otherwise barren landscape. After the rest of his party died mysteriously, Morbius reports, he built a robot capable of constructing anything on demand, allowing himself and his daughter Altaira (Anne Francis) — conceived and born on the planet before the others died, but now grown to adulthood — to live luxuriously in misanthropic solitude.

Once Adams beats back the rest of his hot and eager crew from wooing the pretty and unsophisticated Altaira, Forbidden Planet settles into stretching out a subpar Twilight Zone plot well past its optimum duration. However, director Fred M. Wilcox — who was best known for a couple of classic Lassie movies, and never directed any other science fiction material — constantly finds visual inspiration in Altair IV, from the wonderful sets to some neat special effects. Cyril Hume's The Tempest-inspired script finds several charming nooks and crannies to exploit in his characters, and the game cast keeps all of the plot nonsense on the level, creating an investment in the outcome despite some dragging in the second act.

Nononsense's Flickchart Top 20 is a compelling roster of mostly inarguable classics which I had already seen, so I had to scroll down to #49 on his chart to find Forbidden Planet as his highest ranked movie I hadn't seen. Even though I don't match his passion for this movie, it's out of the range of my scoring sample, so his compatibility score only falls a mere 14 points, to 510, due to normal chart movement. 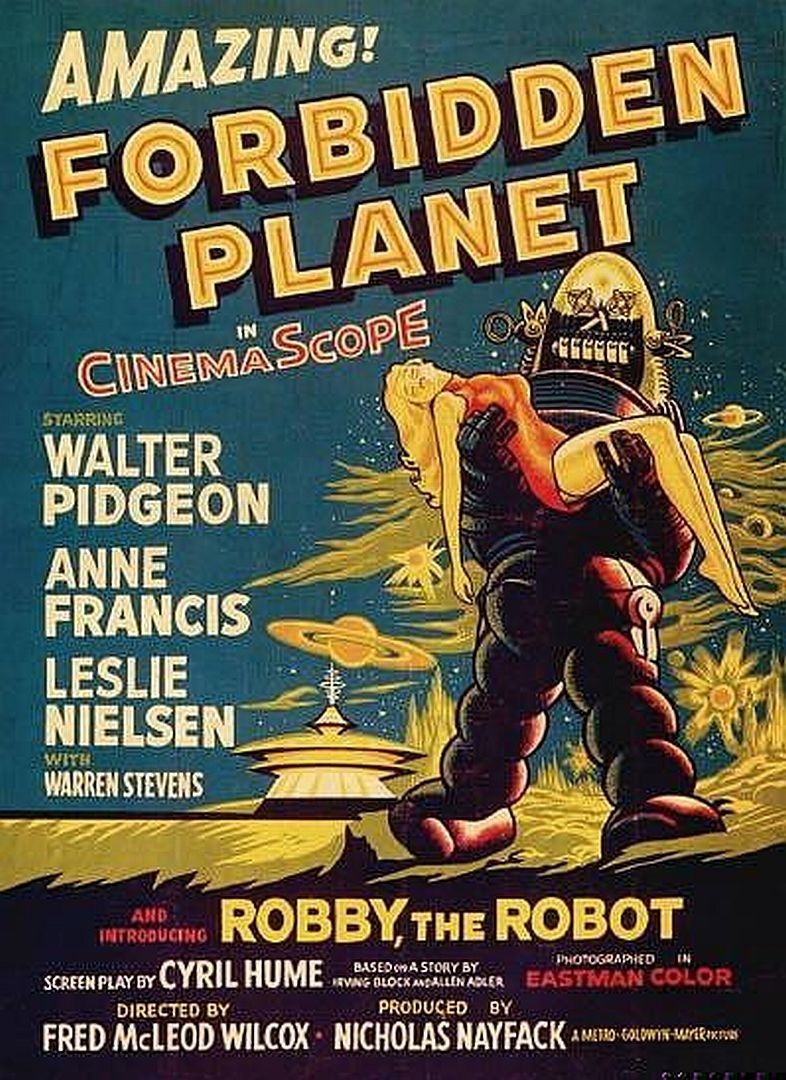