It's interesting to revisit The Rock, which I hadn't seen since it was first released, in light of the trajectory of Michael Bay's career. In 1996, he had only one previous major release to his name, the bombastic buddy cop movie Bad Boys. He's an odd case of a director who jumped from overblown music videos (Meatloaf's "I Would do Anything for Love...") right into blockbusters, and his relentless ambition to outdo himself with each film resulted in them getting worse and worse and worse as he transformed into a self-parody. In the 1990s, however, he was, briefly, one of the best action directors around, and The Rock displays more than ample evidence of that.

Nicolas Cage and Sean Connery star in this epic-length thriller as unlikely partners attempting to thwart a disgruntled renegade General's (Ed Harris) threat to launch a chemical weapons attack on San Francisco from his Alcatraz hideout. Michael Bay's movies about are about things, not people or ideas: cars, planes, helicopters, guns, tunnels, explosions, glowy green balls of poison. There's never any threat of the audience engaging the characters on a personal level; they are just more props to be arranged according to storyboards or to fit canned notions of sentimentality.

Spectacularly, however, in a movie full of impressive special effects, Bay's cast is the most special of all. the three excellent principals are joined by a major league roster of character actors — John Spencer, David Morse, William Forsythe, Michael Biehn, Vanessa Marcil, John C. McGinley, Tony Todd, Bokeem Woodbine, Todd Louiso — who all somehow manage to inject a steady flow of credulity and personality into the most generic of templates and preposterous of plots. Cage, fresh off of his Oscar win and at the height of his streak of engagingly quirky star performances, isn't subdued by The Rock's oppressive impersonality. He's lively and colorful and manages some weird flashes of pure Cage oddity. Connery, in a character that riffs on James Bond, adds a wry gravity, and Harris' steely sincerity imbues his villain with a sense of purpose that almost explains the fervor of his soldiers — even though his plan is nonsense from motivation to execution. What the cast doesn't provide, though, is character arcs.

There's a fantastic car chase scene at the end of The Rock's first act. It's easily the stand-out sequence, with Bay skillfully piling on one new element after another toward an explosive finale. When it's over, there's still nearly 90 minutes left with no physical action to match that sequence, just a lot of activity with very little genuine reason to care about what comes of it. I found the last half hour of The Rock a fairly boring parade of non-stop but undistinguished action that played like a stuntman's C.V. reel rather than the thrilling climax to a rewarding story with rising stakes. Even prior to the final 30 minutes, The Rock felt at least a half-hour too long given its dearth of even elementary narrative propulsion.

Thankfully, The Rock came before Bay dived into his fetishes with gonzo abandon, and it's light on both his typical juvenile humor and invocations of emotion via picturesque tableaus of anonymous bystanders. It's also completely devoid of the juvenile sexuality that he introduced during the Transformers franchise. For action fans, there probably aren't many better examples of the flashy 1990s blockbuster in its purest form, but my Flickchart shows 25 action movies from that same decade that may not be as technically adept as The Rock but surpass it through a more well-rounded approach to creating action that I cared about.

Flickchart user HillJackBob's Top 20 of mostly mainstream comedies and inoffensive action movies started him out in the bottom four of this month's compatibility scores. With The Rock ranked at #15 of his all-time favorite movies, and ending up at #1882 on my chart, his score takes a 49-point dip down to 995. 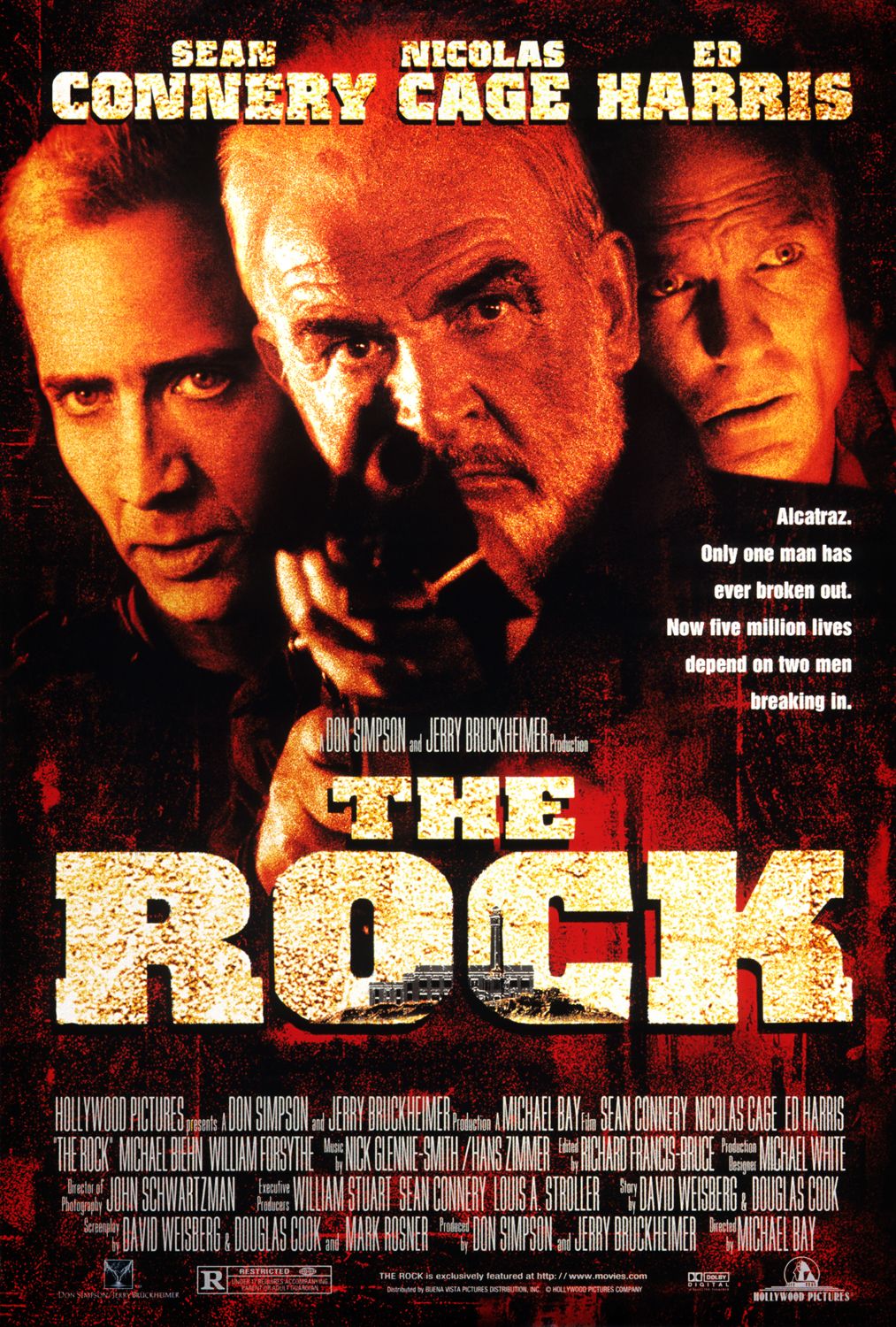