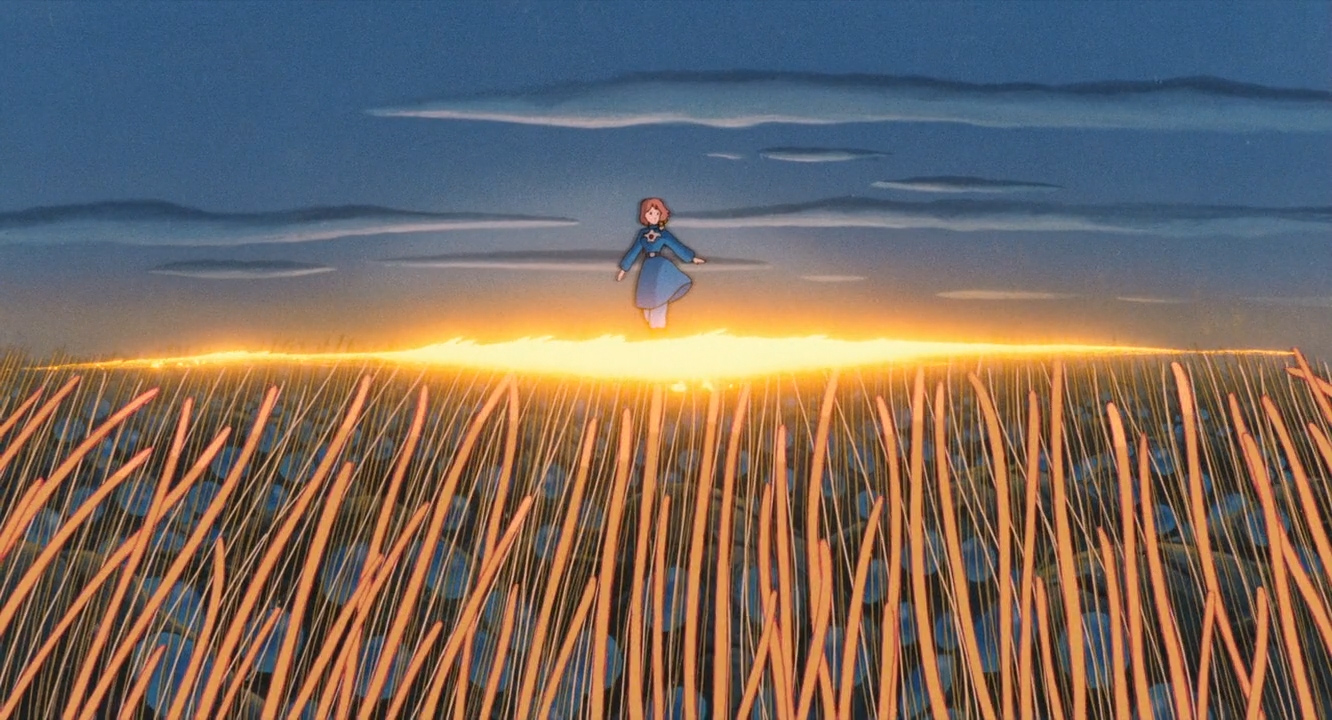 A couple of months ago I encountered the first of what will undoubtedly be several animated movies from Japan on one of my PopGap lists. Hayao Miyazaki and the movies from his Ghibli Studios are especially popular, but I have a spotty record trying to sort through the plot nonsense to enjoy his extremely original visual artistry. My Neighbor Totoro, which I watched for July's list, surprised me with its simple, charming and sensitive story about the anxieties of two young sisters. Nausicaä of the Valley of the Wind, on the other hand, is pretty heavy on make-believe lore and politics, but has yet another bracing heroine who is fun to watch when the movie isn't buckling under the combined weight of its exposition and its trite messaging.

Nausicaä is a spirited girl who loves venturing out from the safe confines of her peaceful, isolated home valley to explore the ecologically wasted, post-apocalyptic world that surrounds it. However, the outside world eventually threatens the Valley of the Four Winds' picturesque isolation when a damaged transport from one of two warring factions crashes nearby, carrying an injured fugitive princess and the remnants of the massive weapon responsible for a thousand years of pestilence.

It seems like there is a never-ending litany of places, characters, factions, creatures and dangers to digest during at least the first half of Nausicaä, and Miyazki inelegantly lumps most that exposition into hectic action scenes, making it taxing to keep straight who is fighting who, and why. All of this detail somewhat obfuscates the dispiriting inevitability of the plot, which is totally inverse to Miyazaki's wondrously inventive design. It's not only painfully obvious how the legend will ultimately be fulfilled, but the simplistic "war is bad, nature is good" message is so endemic to all forms of animated media — including cookie-cutter Saturday morning cartoons and cheap kid-pandering direct-to-video releases — that it would do the whole industry a world of good if there were a 10-year moratorium on those two themes. Certainly, the more artistically ambitious creators out there who claim to be making animation for adults should be aiming for something a lot more challenging or unique in their narratives, and not continuing to aim at the facile sensibilities of children.

It's not very sporting of me to fix this complaint on a Miyazaki movie from 30 years ago, which pre-dated the glut of samey content I've been wading through for my kids during the last decade, but just because it was newer back then, doesn't mean it was ever smart or provocative. This hits on the key issue I have with most animated features: I'm clearly missing the point of anime. They aren't really invested in story, story is merely an excuse for the art. I care more about the story than the writers do. I enjoy Miyazaki's art, which is often fantastic beyond belief, but I'd prefer to flip through a coffee table book about it in 20 minutes than spend 100 minutes trying to figure out if the giant bugs are good or bad, or how a character is mystified by a place one minute but knows the entire origin of it the next, or if the main character is wearing pants.

The anime I've liked the most — My Neighbor Totoro, Wolf Children, and Princess Kaguya — all worked for me because they were primarily interested in emotion and not plot, allowing the animators to focus on the essence of their art without distraction. That's where Nausicaä of the Valley of the Wind works for me: when it indulges in the senses of wonder, terror, adventure or grief, and leaves its convoluted story and themes behind. This is also when Miyazaki's art thrives: when he's creating horrific monsters or desolate cities or mysterious underground caverns — or delving into Nausicaä's memories with a maudlin musical theme that I simultaneously love and hate. I liked Nausicaä of the Valley of the Wind to a point, but, unlike the refreshing My Neighbor Totoro, it dives head-first into all my least favorite tropes of animated movies.

Trailer for Nausicaä of the Valley of the Wind (1984)

Discuss Nausicaä of the Valley of the Wind @ Letterboxd 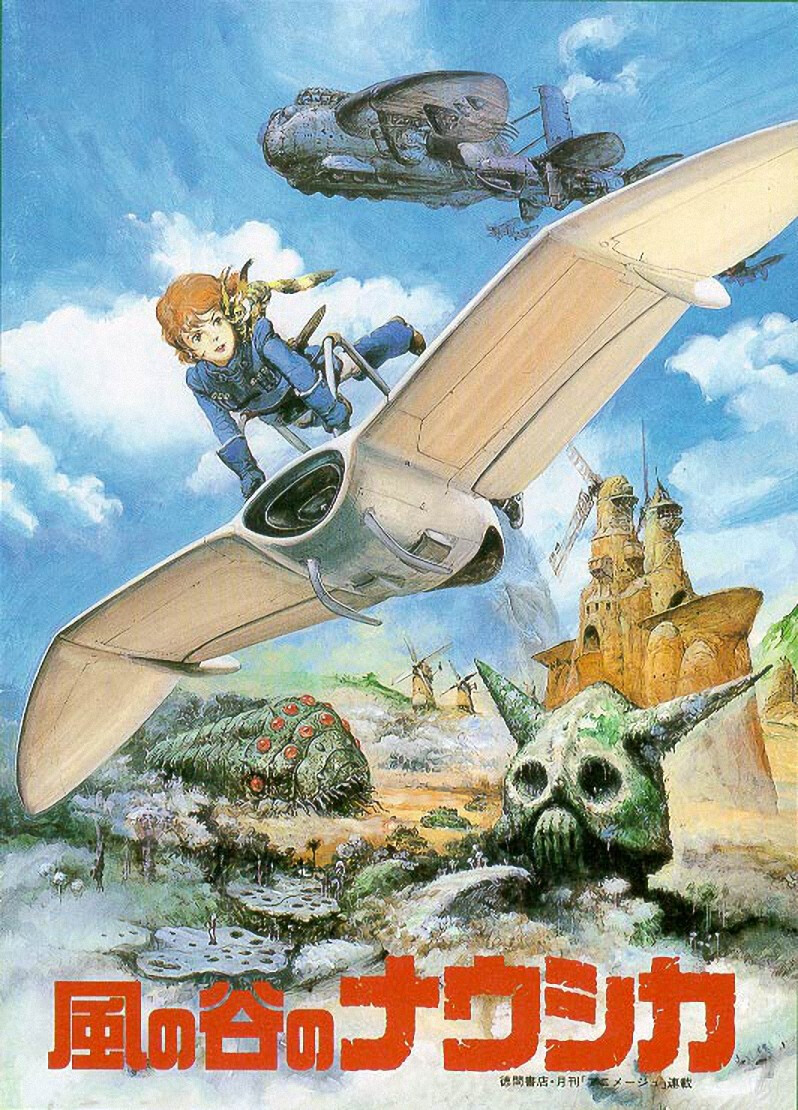