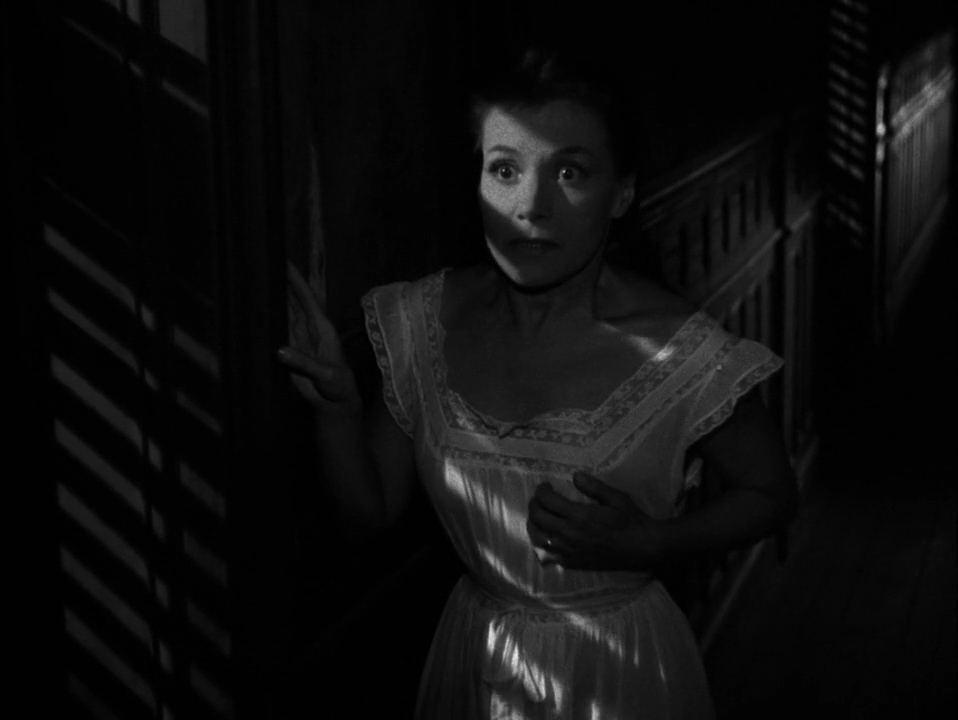 Because it's a cliche to invoke Hitchcock when reviewing Henri-Georges Clouzot's Diabolique, I'll leave that topic by saying some cliches exist for good reason. There aren't many genre pictures which display this level profound visual mastery, especially prior to the 1960s. There was an English director who made quite a few, and Clouzot made this (which may or may not have made an impression on that other guy). One might assume that a 60-year-old thriller with such an influence would feel stale in the 2010s due to decades of copycats, but craft doesn't age, and Diabolique is such a splendidly produced piece of suspense that it still works today, even if its twist ending has been endlessly aped.

Vera Clouzot (wife of the director) plays Christina, the sensitive and frail head mistress of a boarding school for boys. She suffers not only the indignities inflicted by her cruel womanizing husband (Paul Meurisse), but also having to work alongside his cold current mistress, Nicole (Simone Signoret). However, Nicole is also all-too-aware of his abusive proclivities, and she proposes a plan to Christina that will remove him from both of their lives, permanently. Diabolique's story is one that has, for the most part, been recycled for decades, in countless dime store novels and film noirs. Based on the novel Celle qui n'était plus by Pierre Boileau and Pierre Ayraud (who also wrote the source material on which Vertigo was based, and adapted the novel Les yeux sans visage for director Georges Franju), Diabolique introduced a neat twist, inspiring many unofficial copycats and more than a handful of direct remakes, including the 1996 movie starring Sharon Stone and Isabelle Adjani. However, the plot, while certainly compelling, is not what distinguishes Clouzot's film.

Like probably another famous director who I can't quite recall, Clouzot excels at expanding the tension through his meticulous framing, and nearly every scene in Diabolique is carefully crafted for an impact greater than reasonably expected. With stunning black and white cinematography by Armand Thirard, Diabolique is both stunning and haunting, capturing the paranoid dark corners of Christina's mind. Some dangers linger casually in plain sight while others loom powerfully offscreen. Clouzot skilfully adjusts the perspective of menace throughout his film, creating a fluid sense of uncertainty. Back in May we covered Clouzot's 1953 epic Wages of Fear, where his canny talent for zeroing in on the little details that feed the tension was on generous display. Diabolique does the same, but with a tighter focus.

While both Signoret and Meurisse (who looks disconcertingly similar to Jack Webb) are very good as the more cynical counterparts, it's the fantastic, desperate performance by Vera Clouzot that really makes Diabolique hum. Christina begins the film already pushed up against the edge of her limit for anxiety and, as the plot proceeds, her tentative containment of her guilt and horror slips further from her control, degrading with each scene. the final sequence, with her slow walk down the empty school hallway, is a near-perfect showcase of dread and vulnerability.

Jackasses who feel like being able to guess the twist invalidates an old movie probably won't like Diabolique, but there's is plenty to enjoy for those who like to sink slowly into the murky ooze of unknown terrors with an expert to guide them along the way. 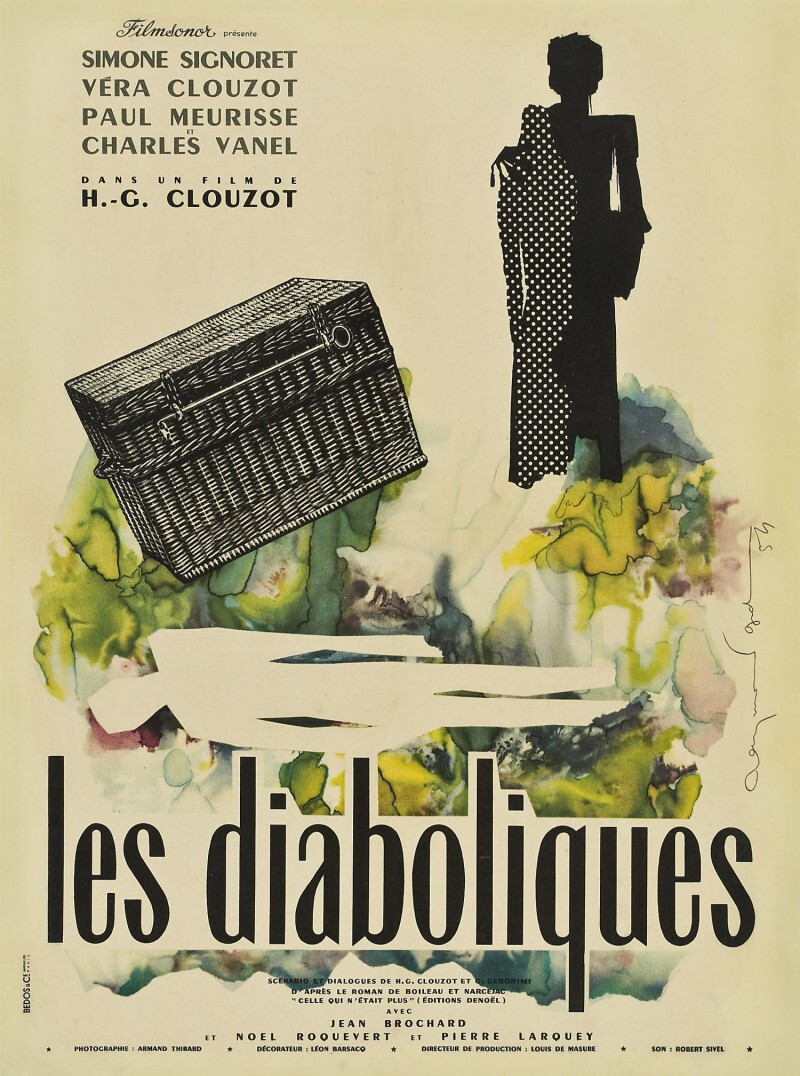