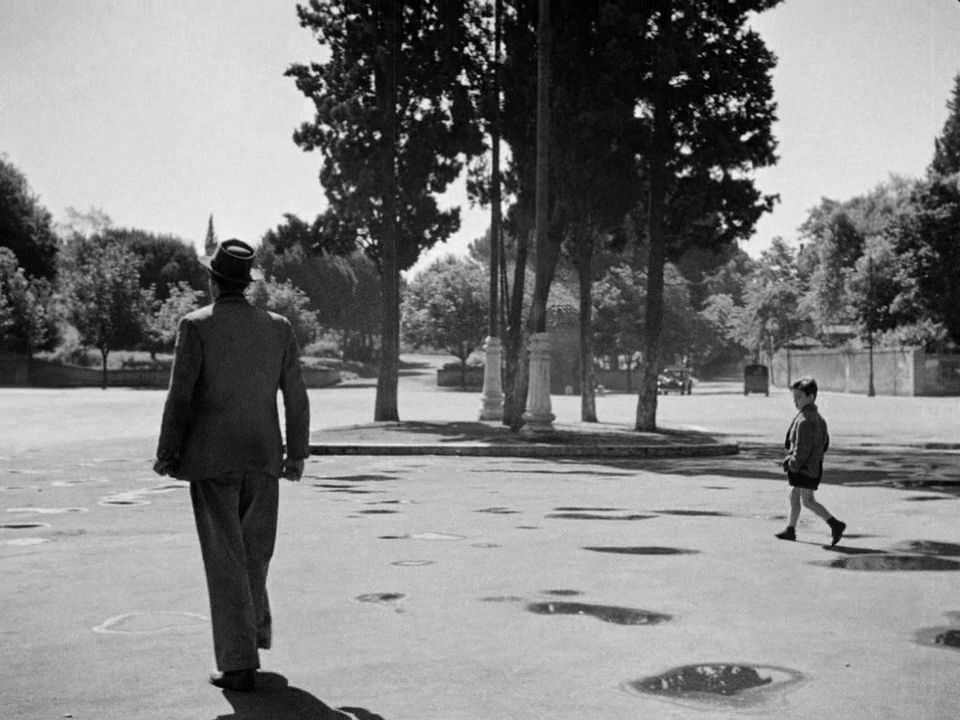 The first time I saw Vittorio De Sica's renowned Italian neorealist classic Bicycle Thieves, I loved it. I was in college, taking a three-part "History of Film" course, and it stood out in the middle section devoted to movies from the 1940s through the mid-1960s. I found its rough-but-beautiful cinema verite style refreshing compared to the stodgy Hollywood studio movies we also studied that term. For whatever reason, it didn't hit me with same impact when I re-watched it this month, but I still appreciated its technique, its fantastic performances, and its probing of the peculiar Italian male psyche.

In post-WWII Rome unemployment is rampant and Antonio Ricci hasn't had a job for two years. the local job bureau finally throws an opportunity his way — a job plastering movie posters throughout the city — but it requires a bicycle. Antonia's wife pawns their bed sheets to get Antonio's bike out of hoc, but on his very first day, his bike is stolen. Desperate to hold onto his employment, Antonio and his son (Enzo Staiola) spend the weekend scouring Rome in the hope of reclaiming his stolen livelihood.

One of the most interesting things about Bicycle Thieves is how it presents Italian men struggling to survive the harsh post-war environment: both as individuals and as part of angry mobs, they are corrupted by desperate self-interest and scarred by the humiliations of defeat and hunger. At the end, De Sica poignantly asks what Italy's children might be learning from their examples. There is one significant moment of grace, in which one man forgives another for a bad decision, but otherwise Italian society appears to be filled with charlatans, thugs, paranoids, and cynical opportunists quick to threaten each other with injury and/or death with little provocation.

It's important, I think, that Antonio is no better than the other men depicted in the movie, and may be worse in some respects. While he seems to love his family, he's careless with them, insulting and bullying his sacrificing wife and frequently neglecting his son (when he isn't smacking him across the face); while Antonio's thrilled to finally have a job, he almost missed out on it due to inattention, he has a defeatist attitude, he's careless with his treasured bike, and, from what little we see, he shows no attention to detail or pride in his work. On this viewing, I wondered about the futility of his quest for his bicycle. There's a bit near the beginning where it's explained to Antonio that his work will be scrutinized by an inspector who will levy fines for sloppy work. It seems certain he would be fined if not fired for his lackadaisical workmanship even if he had not been victimized by criminals, casting the weekend's quest in a depressingly ironic light.

Bicycle Thieves is a profound film that somehow left me unmoved this time around, but I still found it a rich source of provocative ideas, and it whetted my appetite to watch it again sometime soon rather than waiting another 20 years. 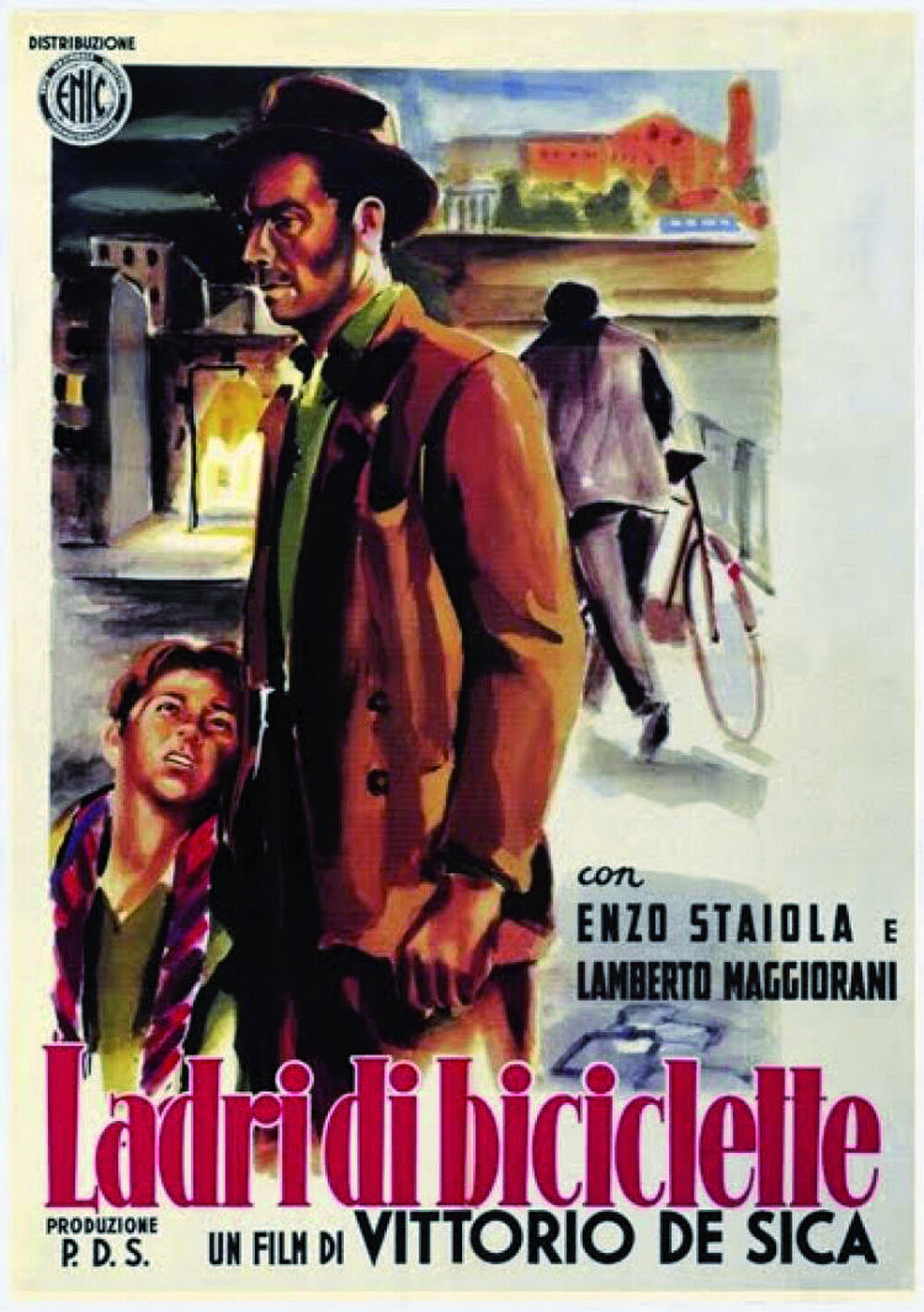