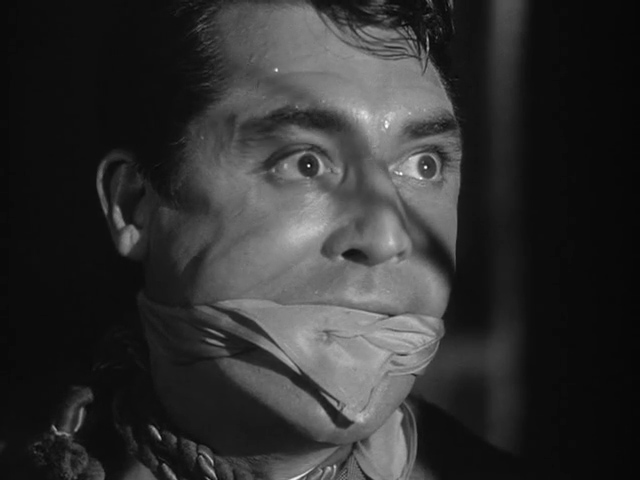 Before I go on another rant about a popular screwball comedy that is actually garbage, please remember that I just raved about My Man Godfrey here. I'm not a crank. Usually I can find something to enjoy even in the "classic" movies that I don't personally care for: a performance, a bit of witty dialog, a concept. For Frank Capra's Arsenic and Old Lace the only thing I can come up with is that it looks quite nice. the rest of it is just atrocious, however, and not just in the so-unfunny-that-its-boring way. Arsenic is boring, unfunny, badly acted, terribly written and even kind of repugnant.

Cary Grant, in a performance of which he himself was embarrassed, plays one of the greatest idiots the movie screen has ever witnessed. If Arsenic and Old Lace were specifically about a stupid person, this may have worked, but Mortimer Brewster is, allegedly, an intelligent person who makes his living as a sophisticated writer, so there is little accounting for how incredibly dimwitted he remains for the duration of the film. Brewster is a theatrical critic (so if playwright Joseph Kesselring meant the character as a slam against critics, success! But at the expense of his story) and also the author of books decrying the institution marriage, so it's hilarious that in the opening scene he is registering to get married, right? Well, no, that alone isn't funny — unless you consider Grant's dyspeptic expression of conflicted behavior funny — but it's one of a series of contrived set-ups with no real pay-off in this wretched attempt at a coherent entertainment. Mortimer and his new bride, Elaine (Priscilla Lane) — who have known each other their entire lives and yet, for some reason, decided on a spur-of-the-moment court wedding — stop at their neighboring childhood homes before embarking on their honeymoon.

The Brewster family is full of zany characters: his two sweet aunts are mass murderers, and his brother Teddy repeats the same series of "I'm Teddy Roosevelt" jokes for the entire film. When Mortimer discovers that his aunts have been poisoning completely innocent men and burying them in the basement, he becomes obsessed with having the harmless but annoying Teddy committed. Why? Shrug. On this very same night, his other brother, Jonathan (Raymond Massey), happens to stop by for the first time in years. Jonathan is also a murderer, but not as cute. He travels with a terrible plastic surgeon (Peter Lorre) so as to outwit the police, but during the last operation the drunken doctor designed his face in the image of scary Boris Karloff (because travelling with a plastic surgeon was not a big enough stretch). This is so there can be a lot of jokes about how he looks like Boris Karloff. I imagine this would have been (only) briefly amusing when Boris Karloff himself played the role on Broadway, but it's an instant dud without that mitigating metatext. Mortimer spends the rest of the movie worried that he might have inherited the family insanity, making him an unfit husband. By all the evidence presented, this point is moot; his blanket incompetence at every turn should be worry enough for the pitiable Elaine, who, in bad screwball comedy fashion, gets consistently emotionally abused by her beloved.

Capra's style in Arsenic and Old Lace is to have everyone run around with arms waving and yelling loudly. It's the epitome of "funny" without ever being witty, clever or inspired. the characters bicker obtusely; motivations are never on the table; Grant mugs poorly and incessantly, as if he's auditioning for the role of Ernest P. Worrell (he didn't get the part, he was too broad). If Grant's character displayed a single moment of clear-headed action, there would be no movie, and that's far too tenuous a thread to hold the whole mess together.

Black comedies can be fun to watch because they delve into the darkness of the human psyche and poke at pain and misery from a twisted point-of-view that we usually don't allow ourselves to indulge, but Arsenic and Old Lace has no edgy perspective on its macabre subjects: death is just a punchline, and acting crazy is a knee-slapper. While watching Grant fail to handle one easy dilemma after another is boring (there's even a scene in which he describes how dumb the scene is while it's happening to him), there's a really sick emptiness behind the entire enterprise. the crime of murder has no moral weight in Capra's movie, so it can't inform the comedy with a meaningful darkness. Watching Arsenic and Old Lace is like watching a group of precocious four-year-olds running around with bloody butcher knives singing nursery songs about death before having a snack and taking naps. It's not only not funny, it's grossly detached. 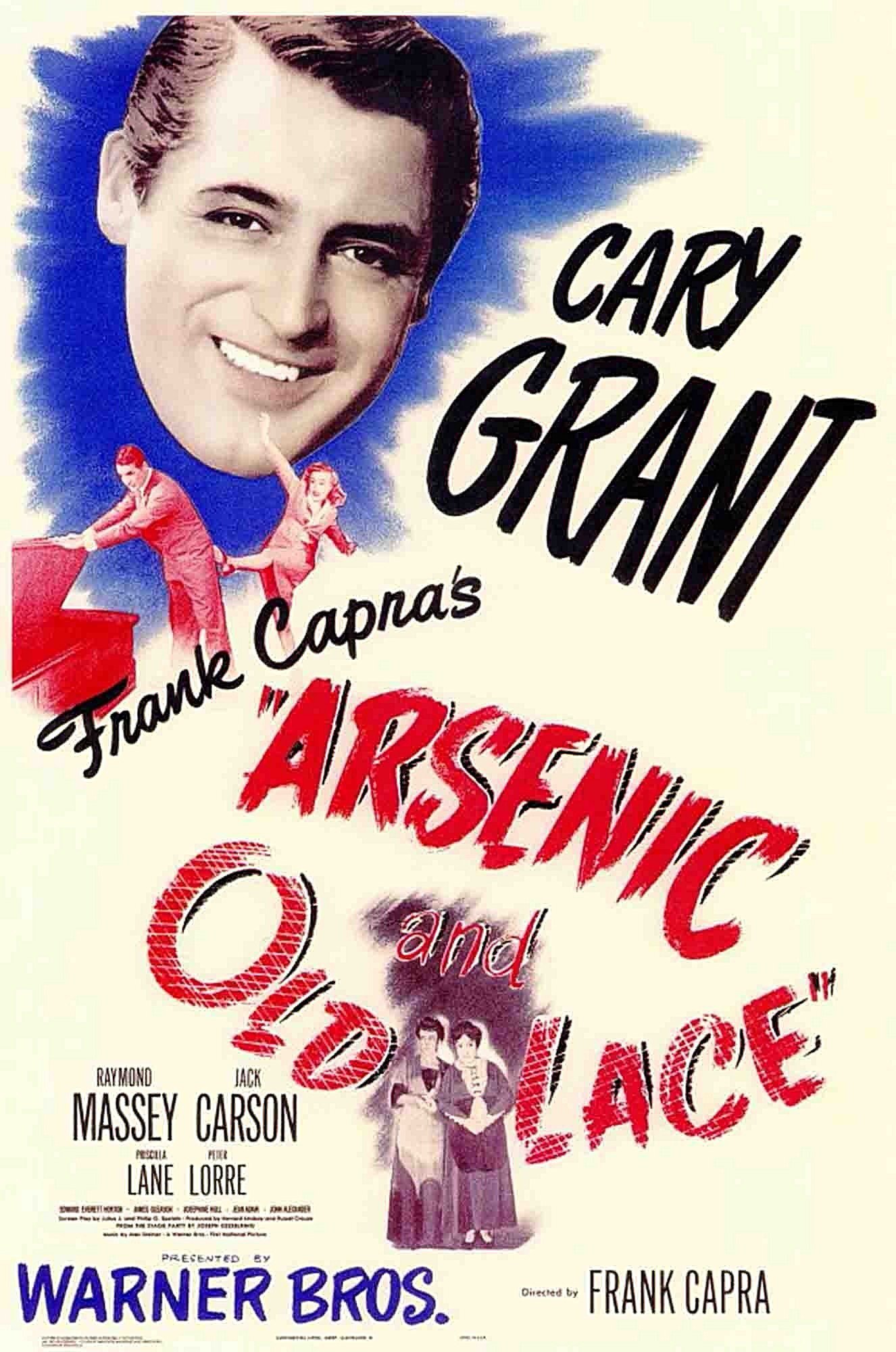