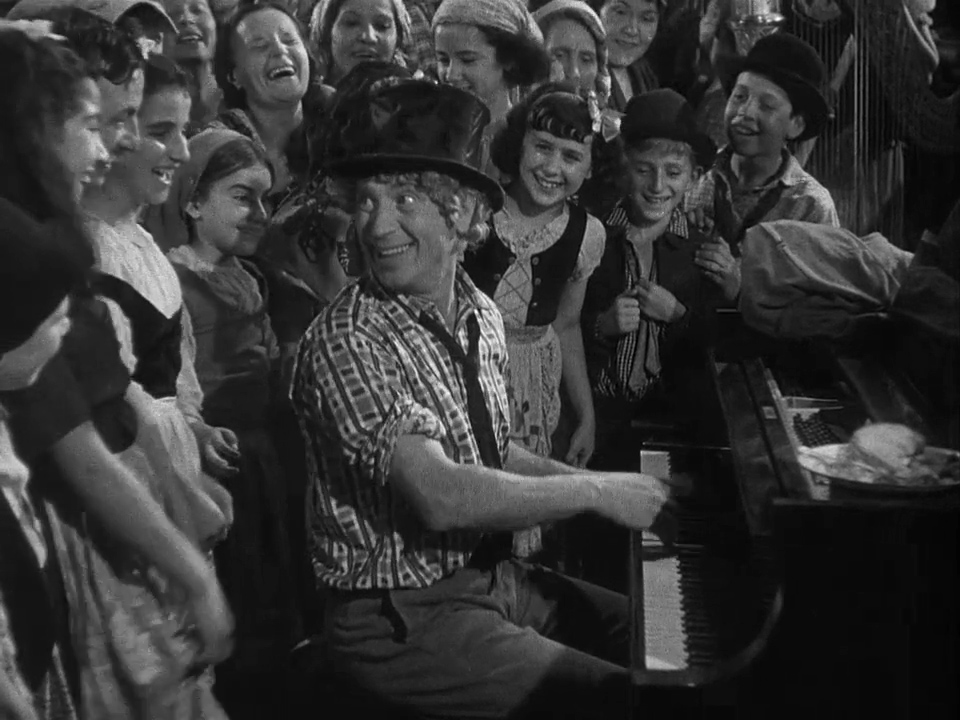 Even though I've been a big fan of Duck Soup since whenever I first saw it, I had never seen another entire Marx Brothers movie prior to this month. I've tried three or four others (half-heartedly), yet something always easily distracts me. There's a certain chemistry of plot and gags that I require of an absurd comedy to keep me engaged, even if I think the jokes are top-notch. If there's too much or too little story to drive the humor, I feel like I'm watching a sketch show, which can hold my attention for about a half-hour. Duck Soup gets that balance right. A Night of the Opera doesn't.

In A Night at the Opera's case, there's too much plot — and music — that has too little to do with the main attractions: Groucho, Harpo and Chico Marx. While that triumvirate wreaks some proper havoc on both an ocean liner and an opera house (as well as a hotel room), only a few of the gags are among their best, and there are far too many intervals devoted to the love affair between a popular soprano (Kitty Carlisle) and an aspiring singer (Alan Jones).

While A Night at the Opera starts brightly — with Groucho abusing the affections of Margaret Dumont with carefree disregard — and features some classic Marx Brothers bits — the overcrowded stateroom is a deserved hallmark of their humor — there are also a couple of duds that go on far too long — including a one-joke contract negotiation that lasts for over four minutes. By the hour mark, even though some of the gags are still funny, there is little momentum behind them. the love story is a complete waste of time, not only sucking the air out of the gags it catalyzes but also periodically resulting in dull straight musical sequences that grind the movie to a halt. When Chico and Harpo perform their own musical numbers, the movie is fun and electrically charged with their great charisma; when the others sing, you wonder who changed the channel to TCM's Mediocre Musical Marathon.

Marx Brothers fans should still find quite a bit to like in A Night at the Opera, and it's typically short at only 93 minutes. Close to half of that is well-worth watching.

Here are some lesser-known movies that I think may complement A Night at the Opera in some tangential way.

Night at the Opera (1935) Stills Gallery

Discuss A Night at the Opera @ Letterboxd 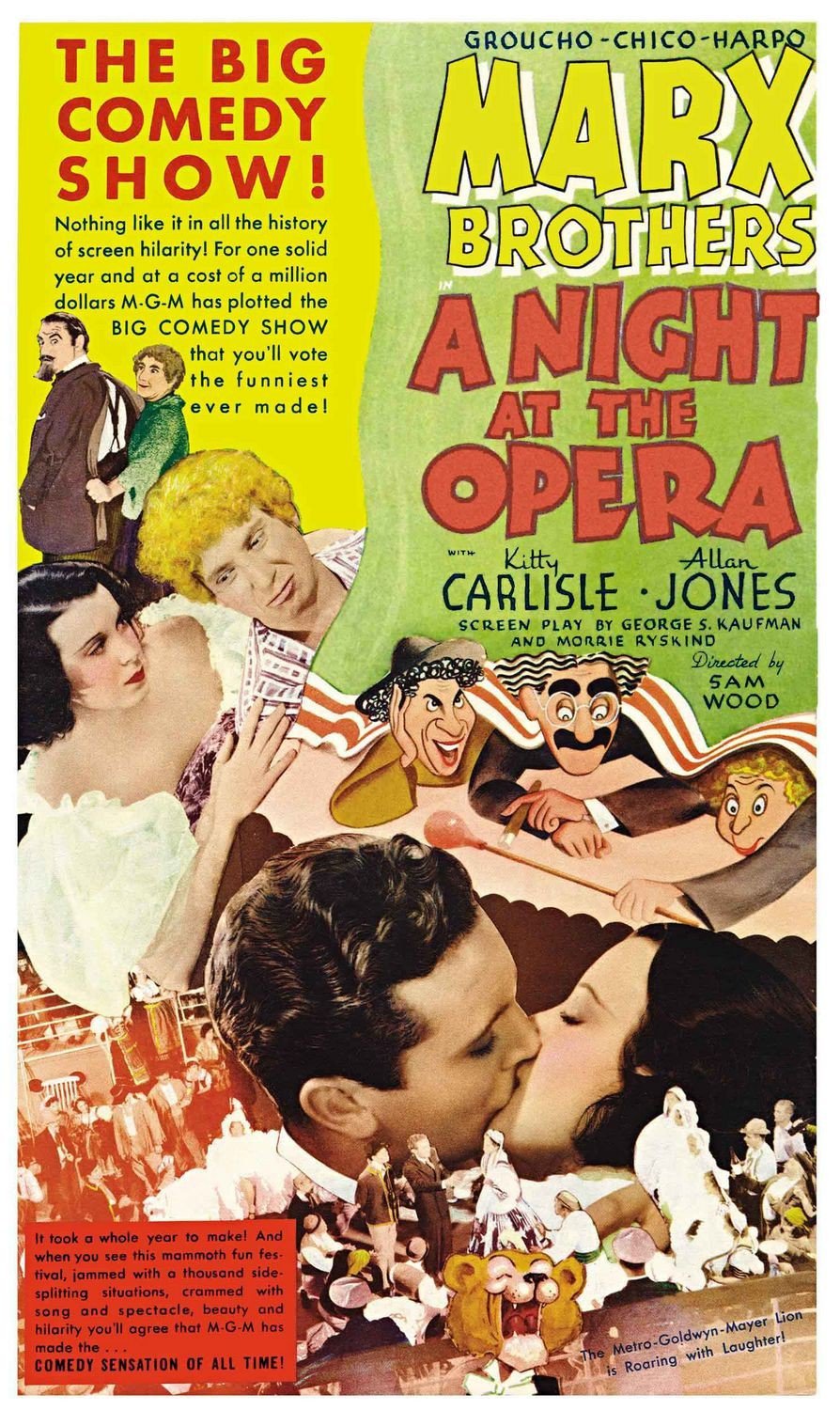