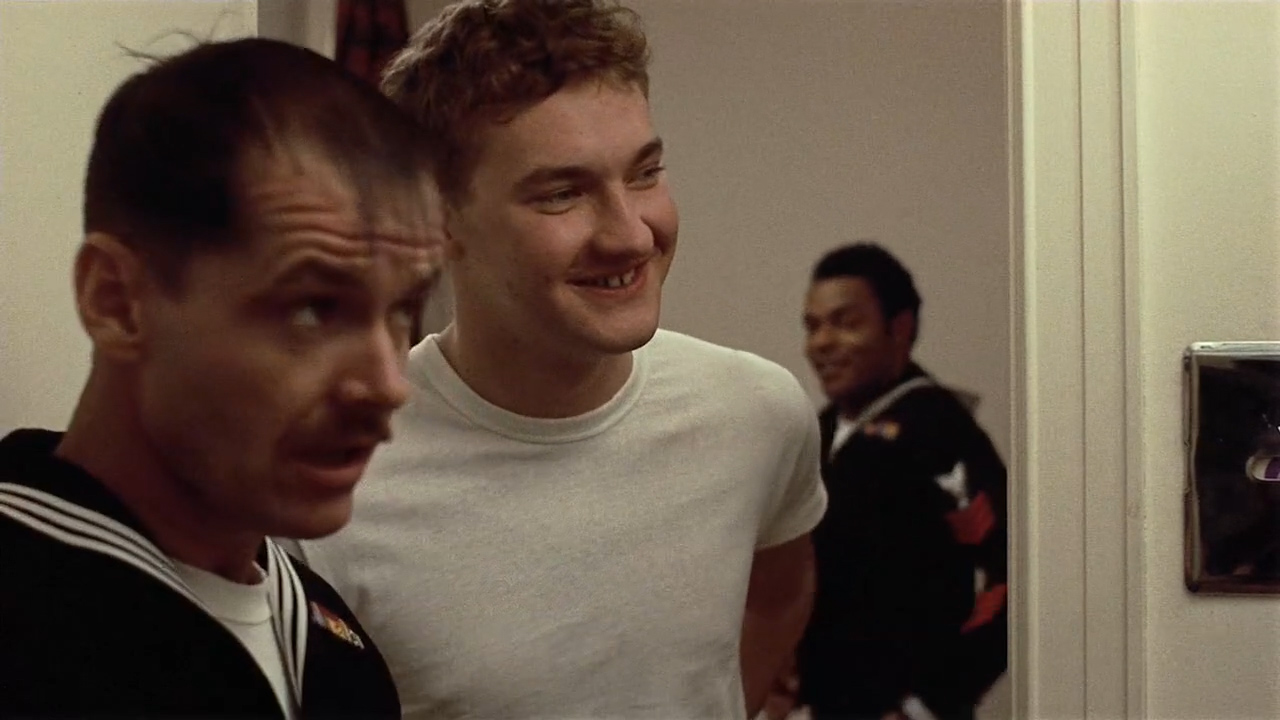 The Last Detail isn't a comedy. It's a character drama with a somewhat (barely) satirical point, engaging performances that are sometimes amusing, and an underlying current of tragedy. On that level, it's a very good but not outstanding movie from one of the most prominent counter-culture directors of the 1970s. As a comedy, there are probably many contemporary dramas with more laughs per minute. The Last Detail isn't even interested in playing at that game, and it's weird how persistently this movie is primarily assigned to the comedy genre.

Jack Nicholson and Otis Young star in The Last Detail as U.S. Navy Petty Officers who are assigned the duty of escorting an 18-year-old sailor (Randy Quaid), who has been court martialed for theft, from their base in Virginia to a Naval prison in New Hampshire. Granted a generous five days to make the trip, they stop in Washington D.C., New York City and Boston, where they treat the condemned man to all-night drinking binges, some quiet character building, and a little whoring.

The Last Detail has been interpreted by some as a critique of the U.S. military's institutional corruption, and by others as a nuanced look at the sometimes conflicted camaraderie amongst enlisted men. With Ashby's pedigree as an inconspicuous agitator, there's no doubt a whiff of anti-military sentiment in the movie's sense of reluctant rule-following and inescapable injustice, but, for the most part, Robert Towne's adaptation of Darryl Ponicsan's novel is an engaging slice-of-life look at two career Navy men, whose other options are limited, and a young prisoner days away from an 8-year sentence.

In the common cinema verite style of its era, The Last Detail goes pretty quietly about illustrating both the comforts and frustrations of its characters' assumed roles, and the at-times uneasy but essentially fraternal relationships they form woth each other. Nicholson, still not yet in his prime, is full of wry mischief, and his third Oscar-nominated performance in five years adds a needed spark to what could have otherwise been a pretty dour and depressing movie. Quaid is effectively sympathetic and does a nice job of slowly growing in confidence while never losing his unrest in the face of impending incarceration. Young makes a solid foil for Nicholson's perturbed discontent in his most prominent movie role. The Last Detail also features Michael Moriarty, Carol Kane, Luana Anders, Nancy Allen and Gilda Radner.

I'm not the biggest Ashby fan, although I do appreciate his style and the spirit of work like his from that era. The Last Detail is a pretty solid effort on his part, and well worth watching for fans of Nicholson. It's not a great comedy, and never tries to be. At its time of release, The Last Detail was notable for its extreme profanity, which is barely noticeable today. That's kind of funny. 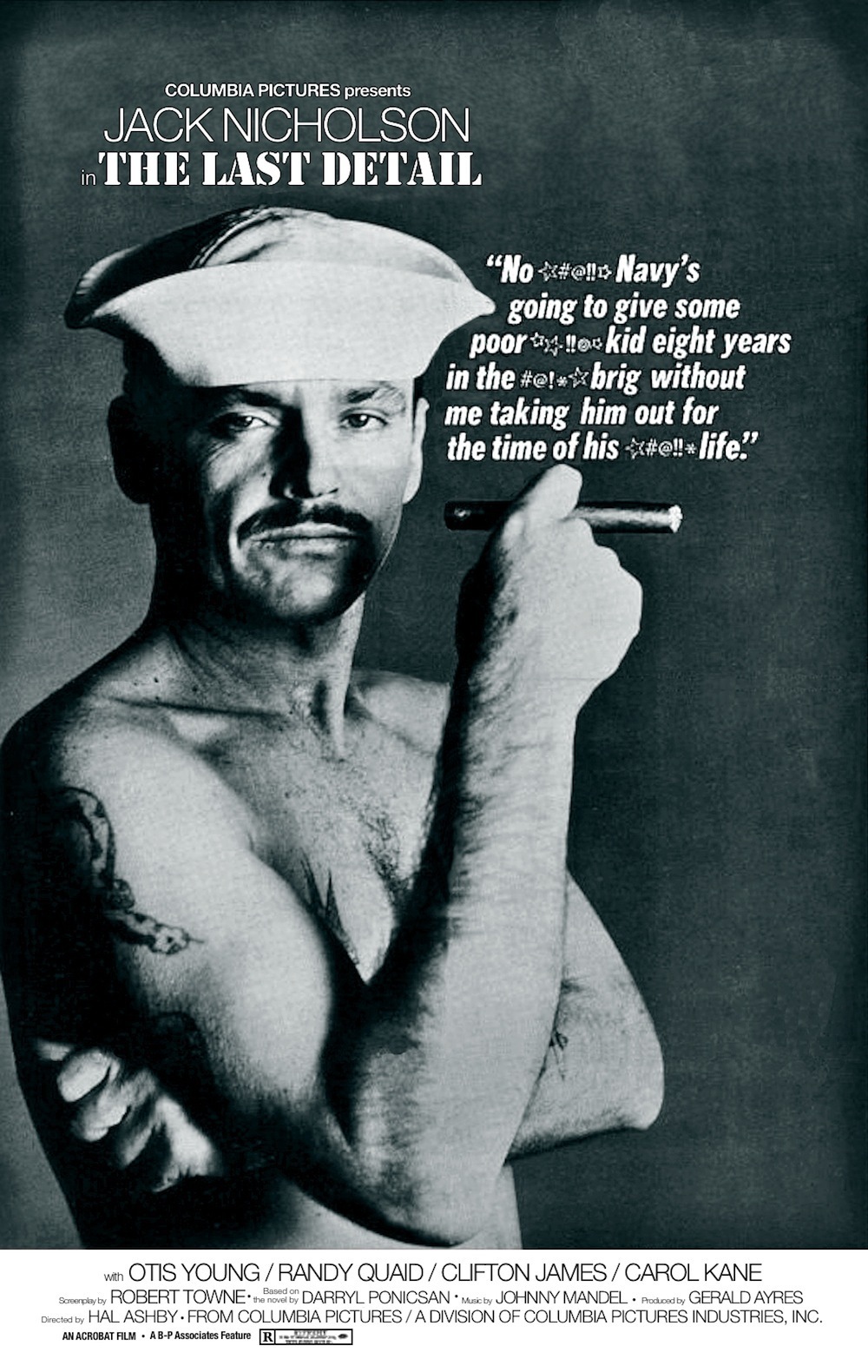