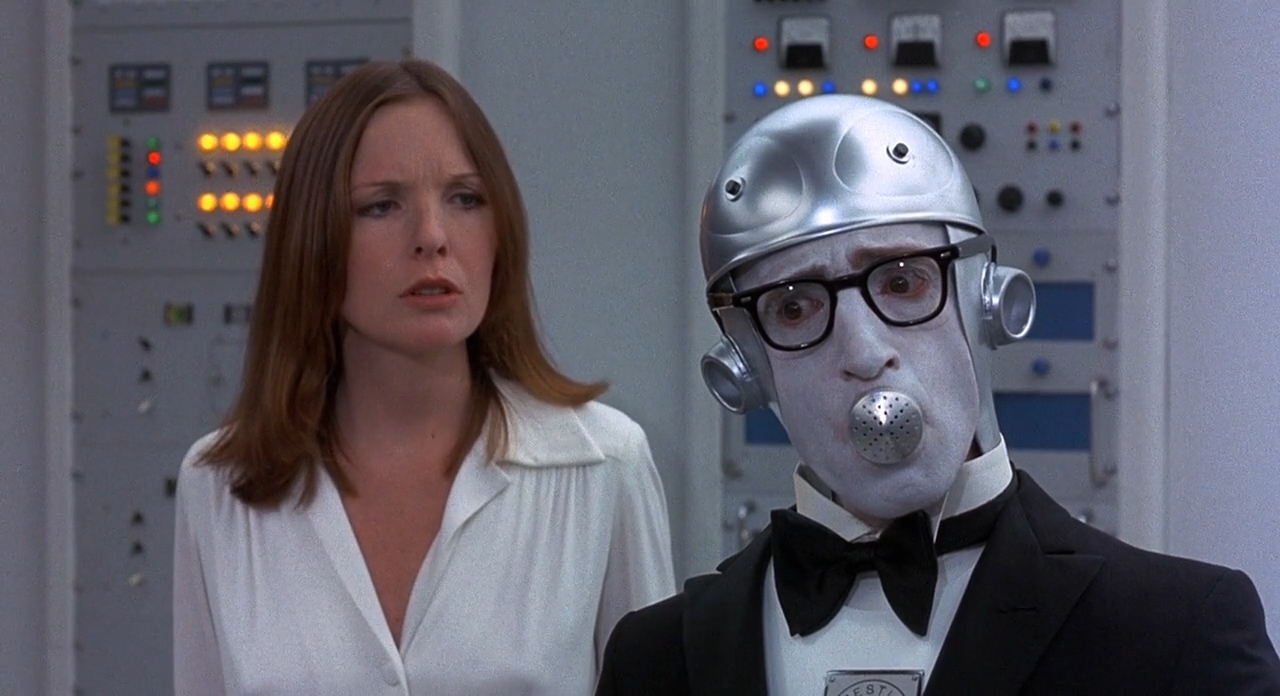 In one of Allen's second-tier movies from that prime stretch of his career, 1980's Stardust Memories (my 7th favorite Allen movie, overall, ranked #273), an alien approaches Allen — who is playing a Felliniesque caricature of himself — and tells him that he prefers the director's earlier, funny work. He's referring, by association, to the beginnings of Allen's career as a director, when he made silly and often slapsticky comedies. Sleeper (1973) is one of those "earlier, funnier" movies, and maybe my least favorite of them, but it still has a surprising quantity of good laughs for a movie that feels like it's bombing more often than it is.

Allen stars in Sleeper as Miles, a health-food store owner who is cryogenically frozen for 200 years, apparently misplaced, and thawed out in a futuristic dystopian society. Disguised as a servant-class robot, he falls in with a shallow upper-class woman (Diane Keaton) and hi-jinks ensue.

Those early, pre-1977 films of Allen's really illustrate his growth as a filmmaker, and Sleeper is the first of his movies that shows a real attempt at an aesthetic vision, with large, great-looking 1970s sci-fi sets (that owe more than a little inspiration to Kubrick's 2001: A Space Odyssey). He's clearly established by this time and working with a decent budget, and he makes good use of it, even though the content therein doesn't always click. Story-wise, Sleeper has some neat take-offs on sci-fi tropes, but swings a little too carelessly, for my taste, into super-broad physical comedy that is sometimes conceptually amusing but executed sloppily — and accompanied by a busy ragtime score that oversells the zaniness, as if Allen has no faith in his own gags. Far too often in Sleeper Allen relies on pulling goofy faces for the sole source of humor; he doesn't need to: the one-liners in Sleeper are of his usual high quality and there are a surprising number of satisfying laughs, despite long stretches dedicated purely to sophomoric mugging and uninspired sex jokes. Sleeper also has a couple of nice quiet moments between Allen and Keaton that foreshadow the more mature textures of his later work but feel incongruous in this misshapen collection of goofy gags.

This pure comedy phase was a short-lived period in Allen's career, starting with Take the Money and Run in 1969 and ending with Love and Death in 1975, which is my favorite from that span, and 6th favorite Allen movie overall (#220 on my Flickchart). In Love and Death, there's a consistently high standard of humor — including some very fun and rarely overdone slapstick — and an even tone. It also signifies a more harmonious union of his humor, his storytelling, and his growing confidence as a visual artist. Allen's films that preceded Sleeper were technically more crude, but I also count the highlights from Take the Money and Run and Bananas as more inspired and memorable than anything in Sleeper. It's not a bad film — I chalked up 50 mild-to-loud laughs throughout, which is pretty good for an 89 minute film — it just suffers in comparison to his better work, which is among the very best. 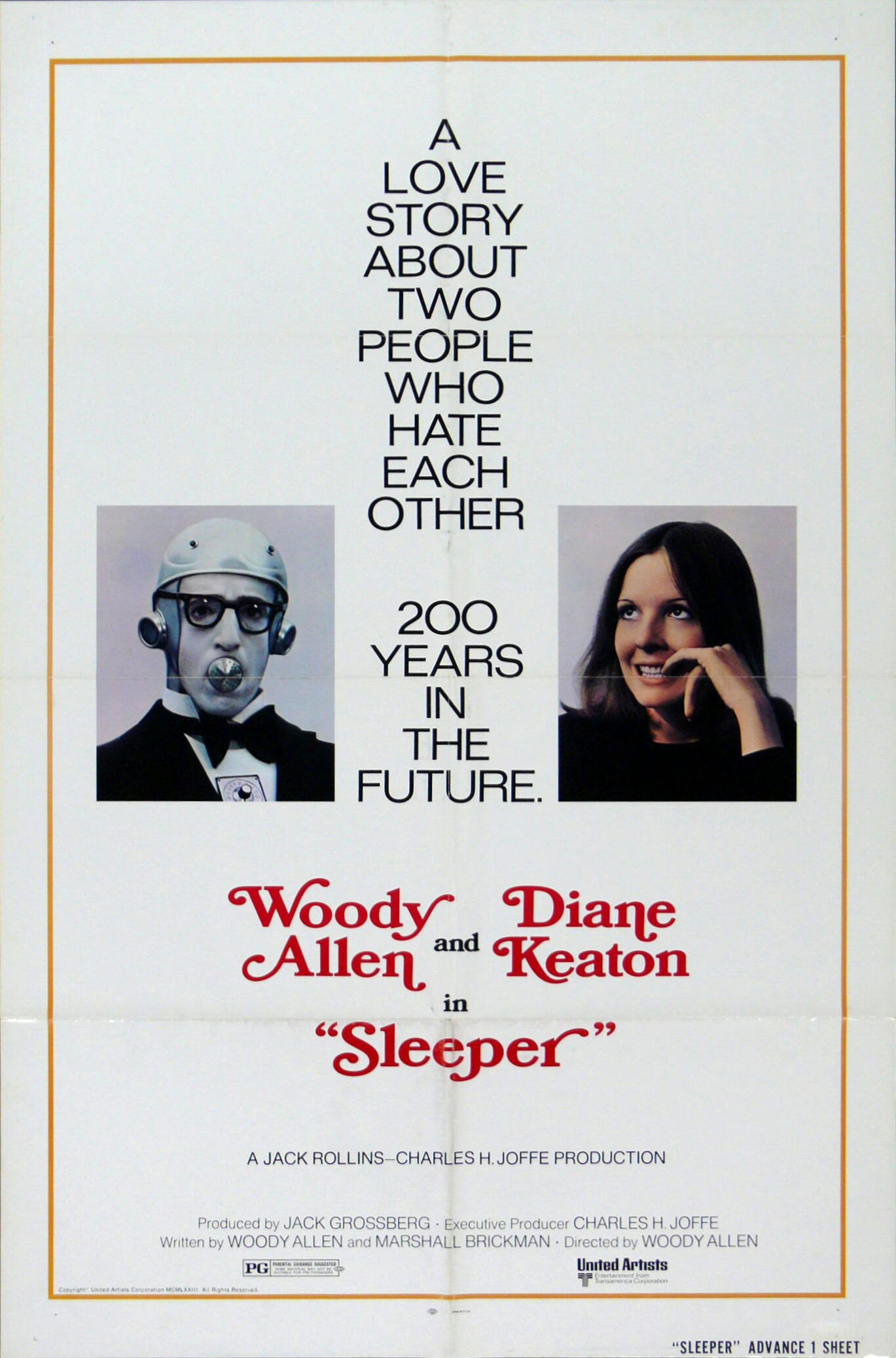