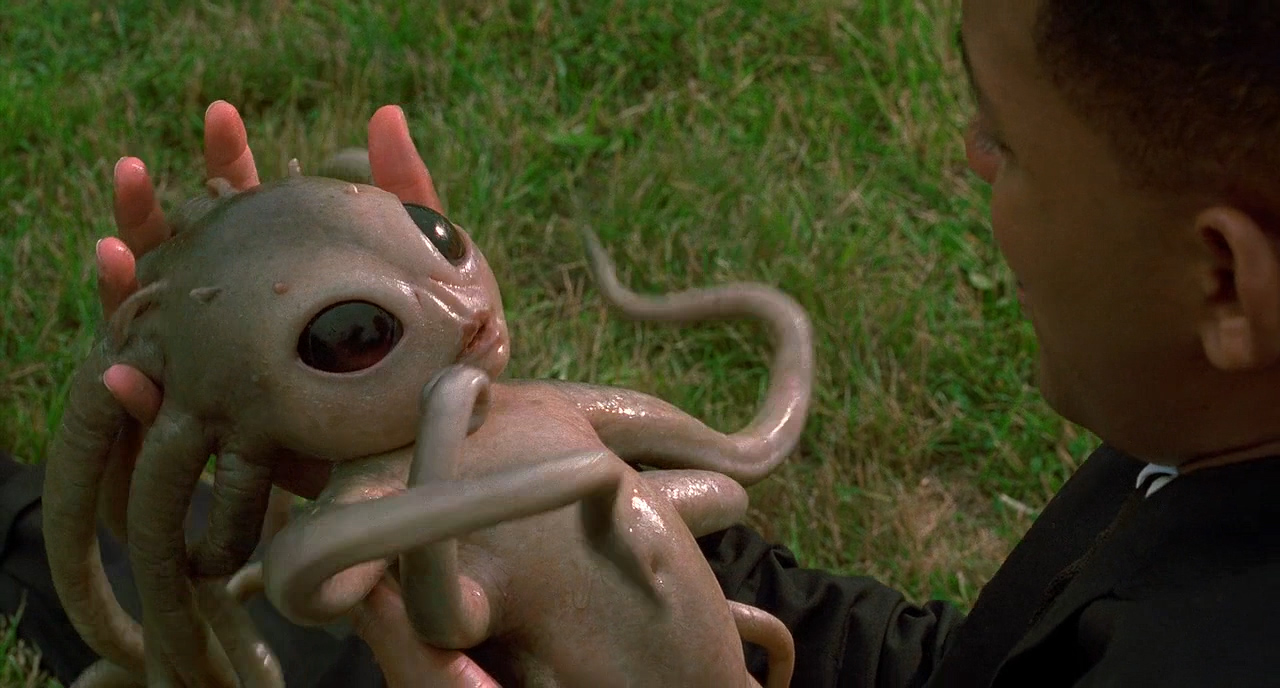 Men in Black is one of those big, crowd-pleasing action comedies that I forgot immediately after watching it on the big screen in 1997. Re-watching it this month for PopGap, I found it reasonably enjoyable to share with my 9-year-old son, and it has some neat creature effects that hold up fairly well after 18 years, but it has neither the ingenuity of concept nor execution that it needs to stand out as something special. While it's hard to imagine Men in Black as someone's favorite comedy, its widely appealing inoffensiveness is likely responsible for its generally high ratings.

Will Smith cemented his emerging status as a major movie star by following Bad Boys and Independence Day with his role as Agent J, a persisent cop recruited by a secretive private agency that regulates aliens hiding on earth in the guise of humans. Tommy Lee Jones, as gruff Agent K, trains him on the job as they hunt down a dangerous new visitor hiding in the skin of a farmer (Vincent D'Onofrio).

Director Barry Sonnenfeld had established himself as a cinematographer with a taste for daring, creative projects, working with Coen Brothers on their first three features (Blood Simple, Raising Arizona & Miller's Crossing), as well as the busy Three O'Clock High and Danny DeVito's visually broad black comedy Throw Momma from the Train. He seemed to be carrying that same taste into his directing career, starting with the darkly funny Addams Family movies. But his movies have become increasingly sterile, and Men in Black may have been the dying throes of Sonnenfeld's creative vitality. It has moments of sharp, comic weirdness — mostly in the creature design, from a tiny alien hidden inside a human head, to a talking pug — but it's all very safe and sterile, leaving a positive impression but only a vague recollection of what (if anything) actually happened.

Jones does well with a few tender moments near the end as Men in Black briefly pretends to be about something more than special effects, and D'Onofrio gets a rare chance to have some fun. Smith, while naturally charming, seems to have been instructed to act as much like a neutered Eddie Murphy as possible, almost as if the part were written for Murphy and only given to Smith after the first choice turned it down. Linda Fiorentino brings her usual jaded allure in a thankless role shortly before she slipped into career oblivion, Rip Torn is allowed to do a little of his fun barking act, and David Cross pops up for a few seconds. 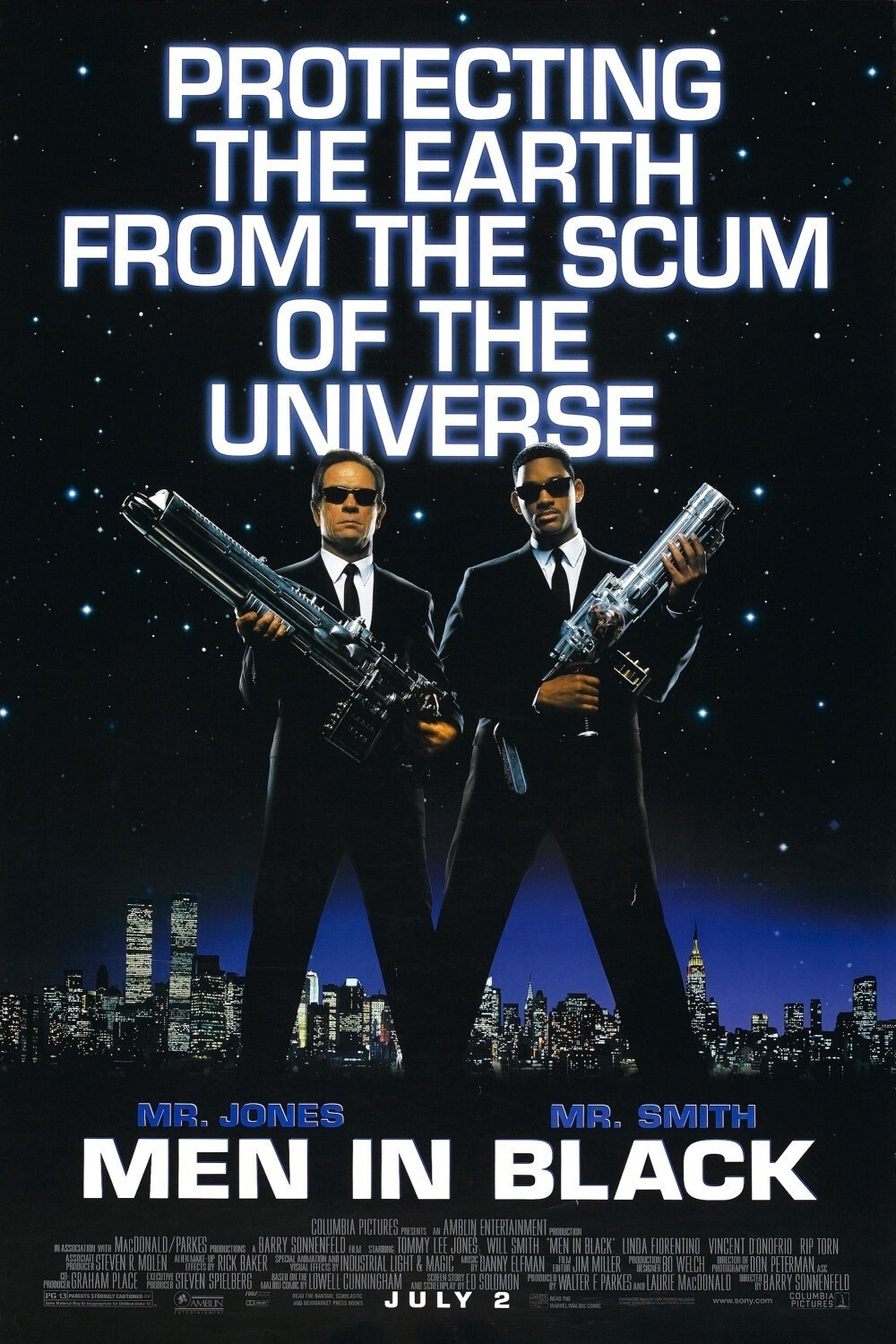