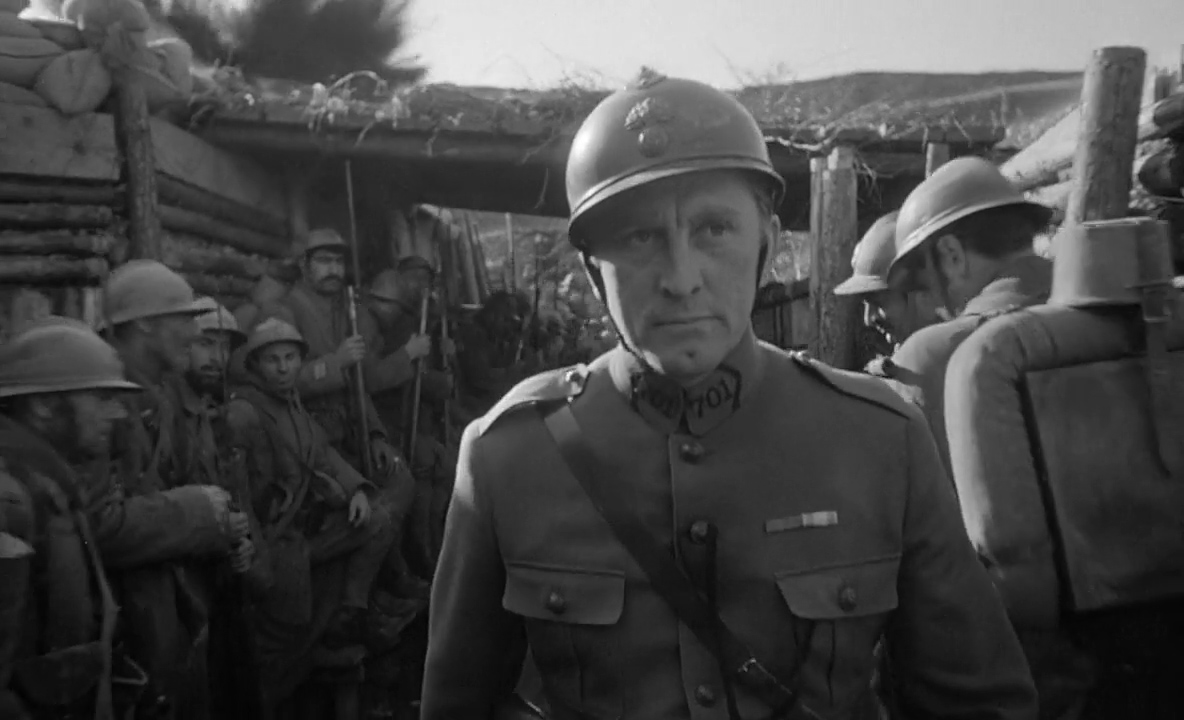 Stanley Kubrick's Paths of Glory is one of a couple of movies I'm watching this month for the second time after having first seen them in a "History of Film" class at college in the early 1990s. I was already an admirer of Kubrick's more sensational work (The Shining, A Clockwork Orange, Dr. Strangelove, and part of Full Metal Jacket), but this one didn't do much for me at the time. For one thing, watching a scratchy film print on a smallish screen in a huge lecture hall with crappy sound and hard chairs may not have worked in its favor. For another, it is "small" compared to most of Kubrick's later movies, so maybe my expectations were thwarted.

Now, I can better see the appeal of Paths of Glory and its obvious significance as the fulcrum upon which Kubrick transitioned from small genre movies to what I think of as the major Kubrick films of the next 40 years. It also rings the fashionable bell of anti-war sentiment more deeply and gracefully than most, but at the same time its strident point-of-view becomes somewhat of a crutch.

Set in France during WWI, Paths of Glory stars Kirk Douglas as Colonel Dax, who is ordered by his superior, General Mireau (George Macready), to lead his already demoralized regiment on a seemingly futile suicide mission. Although reluctant, Dax does as ordered, charging his infantry toward the enemy position known as "The Anthill," but half of the soldiers refuse to leave their trench, dooming the impossible mission to certain failure. Enraged, Mireau demands that a random handful of men from Dax's division be court-martialed and executed as a warning to all others.

There are a couple of standout sequences in Paths of Glory that get a lot of attention, the first of which is prime Kubrick: Dax walking the length of the trench, past his nervous troops, prior to leading them into battle; and the subsequent scene in which Dax and his soldiers charge toward the enemy position as mortar fire pounds the dirt around them. both are fantastic, arresting film-making. However, the more notable drama in Paths of Glory takes place in the less exciting environments of the exquisite palaces in which the generals and colonels sip tea while blithely deciding the fates of men they lead. Mireau leads with self-interest and ambition, Maj. Gen. Georges Broulard (Adolphe Menjou) approaches it like a diverting past-time, and Dax buckles at the casualness with which they determine the fates of men, giving Douglas the opportunity to launch briefly into one of his obligatory scenery-chewing tirades.

While these scenes are very strong and righteously enraging, they are also a bit myopic and the biggest weakness in Paths of Glory. Mireau emerges from these conversations as one of cinema's most detestable villains, and Macready plays him with a perfectly oozing smugness, but that also seems too easy and beneath Kubrick's sharp intellect. If "The Anthill" had been, say, a vital position that would turn the war (like Normandy in WWII) and Mireau had been motivated by strategic daring rather than personal gain, it would have added an extra layer of conflict that would have informed every scene in the movie with added complexity and emotional potency. the problem with any anti-war (or anti-anything) movie is the tendency to make its villains boring and its moral lines too clear to be useful in effectively examining a real issue.

There is, however, also a very affecting and unexpected coda at the end of Paths of Glory, in which a captured German girl is forced to sing for French soldiers — who at first jeer lewdly in her direction, but eventually are overcome by her and their own humanity. In this closing scene, it appears that Kubrick is railing not against war itself but against what becomes of men who are faced with war, and it's a point made with sufficient beauty to almost excuse and overcome the simplistic antagonism that drives the rest of the film. 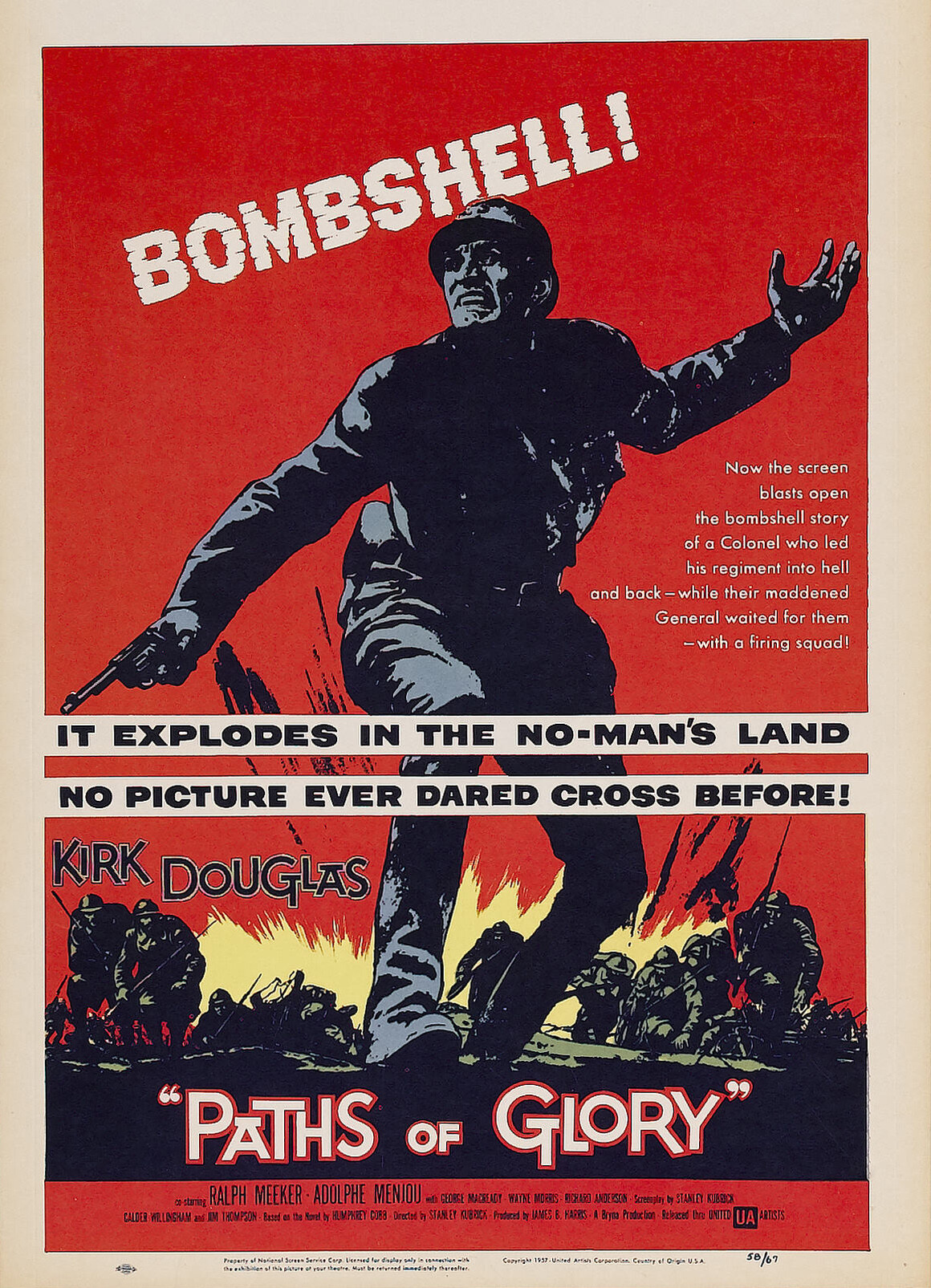