What we have here is a failure to appreciate the early career of Paul Newman. I didn't realize it until now, but I've developed a blind spot for Newman's movies of the 1960s. the few that I've seen I haven't been crazy about. When I was a teenager I tried watching Hud and it didn't click with me; I've tried The Hustler a couple of times, but I far prefer the more energetic The Color of Money; I dislike the thick, mannered melodramas of Tennessee Williams; and the one time I watched Butch Cassidy & the Sundance Kid I wasn't impressed by its anachronistic tone. All of these experiences formed a prejudice in me against this era of his career, so I never even considered watching Cool Hand Luke, despite the praise it receives. Now that I've finally seen it, it's easily my favorite Newman movie from before the 1980s.

Director Stuart Rosenberg, despite being mostly a TV director beforehand, and whose only other notable feature film is the awful 1979 version of The Amityville Horror, somehow summoned all of his arcane powers to create this beautiful, viscerally textured, and thoughtfully plotted epic about the tough life of a rural Florida prison camp inmate.

Luke (Newman) is a stubborn and wayward product of a broken home, and his anti-social tendencies — the ones that lead him to do things like get drunk and destroy parking meters — eventually land him in a grueling, low-security work crew. Although essentially good-natured, Luke's indomitable spirit and innate refusal to play by the rules eventually earn him the love of his fellow inmates, but the enmity of his captors.

Newman is at his absolute best in Cool Hand Luke: loose, charming, and spirited, but also driven by a barely suppressed pain. There are several memorable performances throughout, including George Kennedy in possibly his best (and most fit!) role as an influential convict, and Strother Martin's uniquely simpering portrayal of the warden.

For the most part Cool Hand Luke is expertly told; its editing is, at times, mesmerizing, and it looks fantastic, splaying the rough and sweaty textures of southern prison life across a wide and searingly bright canvas. Its only flaw is its tendency to veer into heavy-handedness — too much emphasis is allotted to an initially cool, ominous, silent guard in mirrored sunglasses; Kennedy gets a little too giddy about his best pal Luke; and, really, with the Christ imagery? — but Rosenberg hits most notes just about perfectly. Unfortunately his clumsiest moves pile up at the very end, which even concludes with a completely unnecessary sentimental montage, as if the audience might have forgotten the movie they just watched.

Also with a typically fantastic score from Lalo Schifrin, as well as appearances by Dennis Hopper and (Harry) Dean Stanton, Wayne Rogers and Joe Don Baker in minor roles. 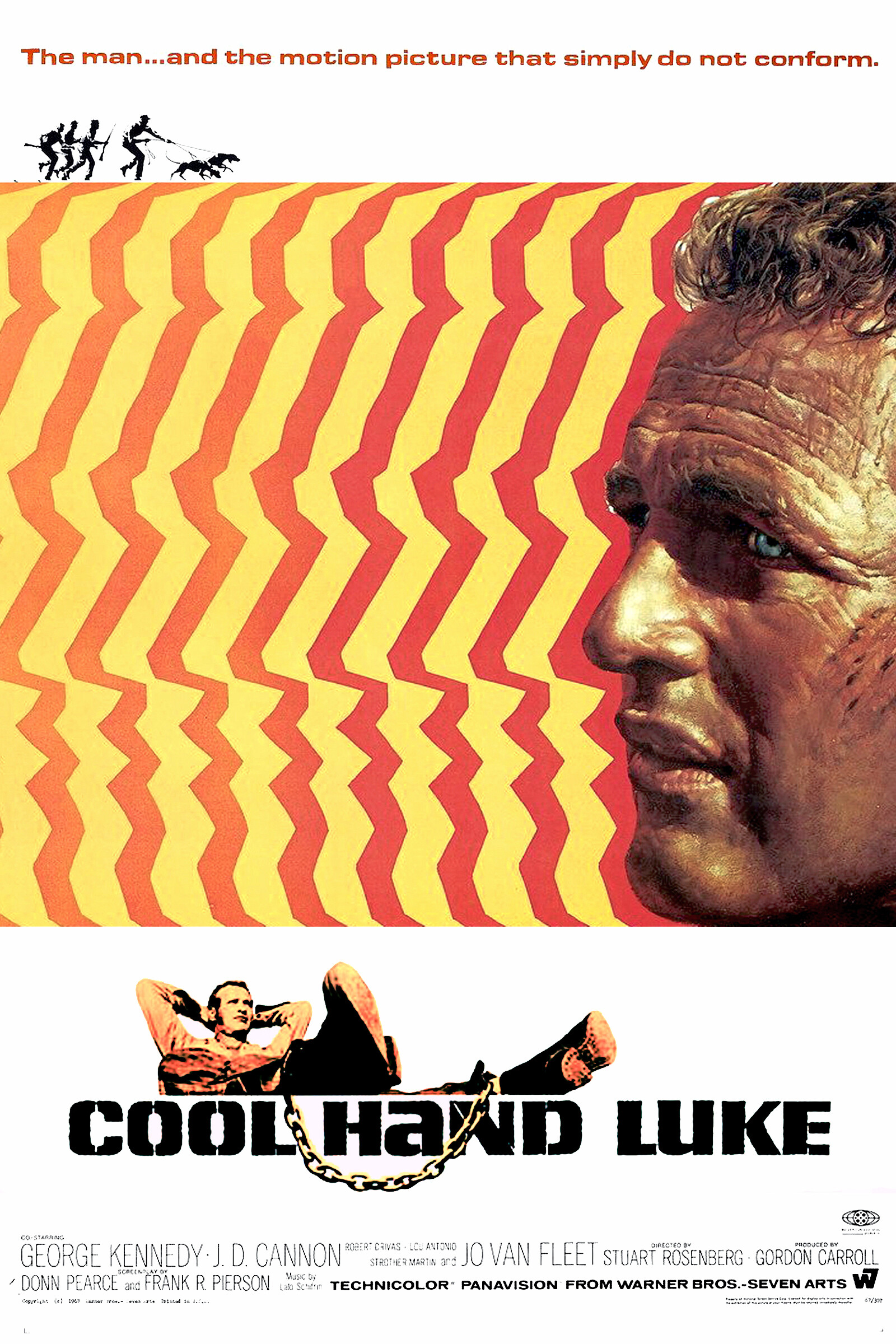