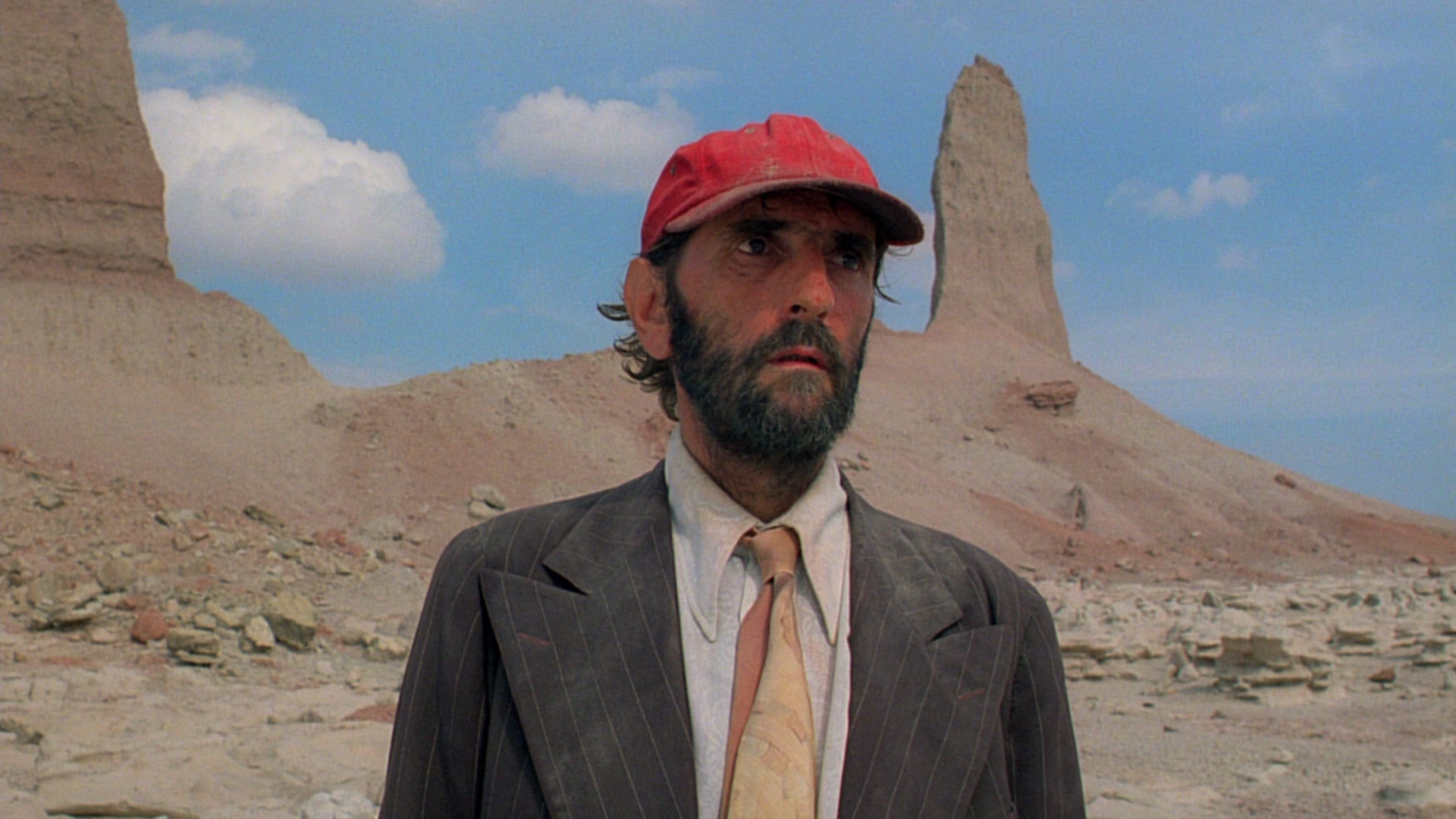 Just like The Enigma of Kaspar Hauser earlier this week, this is another movie about an unrelatable basket case of a character, also from a German director who came to prominence in the 1970s, one of my least favorite film movements. Maybe it was just the order in which I watched them, but I had even less patience for Wim Wenders' Paris, Texas than I did for Werner Herzog's disappointing film.

Harry Dean Stanton stars as Travis, a mysterious figure staggering forlornly through the desert of southern Texas. He's taken in and treated by an incompetent doctor, who assumes that the silent Travis is mute and missing his tongue because, I guess, he never bothered to look? Travis is eventually reunited with his brother, Walt (Dean Stockwell). Walt and his wife Anne assumed that Travis was dead, and have been raising Travis' son during the 4 years since his disappearance. Travis, who suddenly decides to talk, sets out to repair the relationships that were destroyed in the chaos that drove him away.

Wim Wenders is hit-or-miss with me, sometimes in the same movie. I loved Wings of Desire the first time I saw it, and hated it a few years later. the few others I've seen have ranged from dull to plodding. Paris, Texas fits comfortably within the company of that latter group for me. Although the initial premise is intriguing, the follow-through is intellectually and emotionally incomprehensible. and the execution is almost a parody of a slow-paced drama. I found Travis' behavior to be inscrutable and unsympathetic, from his sudden, arbitrary decision to talk through his ridiculously written exposition of his entire back-story that serves as this extremely long movie's flat, awkward and decisively alienating climax.

This is one of those widely beloved movies that completely missed the mark for me. I did enjoy Robby Müller's photography, but nothing else resonated. Character motivations were all over the place, the acting was a steady dribble of mildly quirky low-effort melancholy with no life behind it, and nothing was earned by the end of the movie. the parts were just re-arranged.

The only appealing characters in Paris, Texas were Anne (Aurore Clément), Walt's Wife, and Hunter (Hunter Carson), Travis' son. However, Clément gave an utterly inept performance as the only voice of reason among all the adults in the movie, and Hunter Carson was naturalistic as his character namesake, but was unlike any 7-year-old I've ever met: totally chill in the face of reuniting with his estranged crazy father & completely lacking attachment to his loving surrogate parents. Any normal kid would have been severely damaged by the weakly "redemptive" end of this movie; that this kid reacted like a robot simulating mild feelings further nullified any potential resonance to which this movie may have aspired. Nastassja Kinski is also featured, demonstrating a "how-not-to" example for Texan accents.

I constantly struggled to understand the what or why of any of the characters or their actions, until it became clear that Paris, Texas was little more than a series of empty emotional poses written by Sam Shephard for Wim Wenders' photo album, and not a story of any substance. Music unmistakably by Ry Cooder. 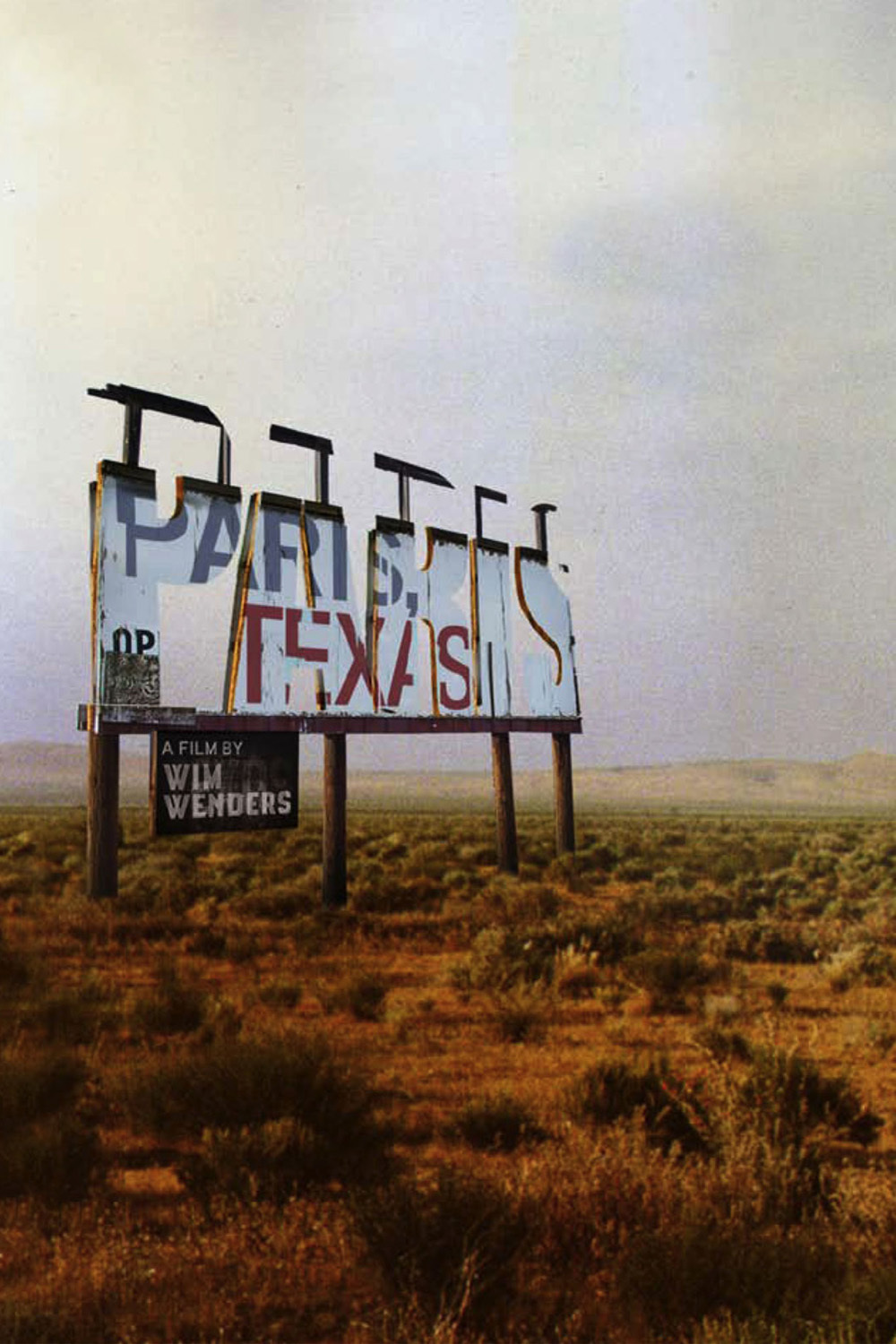