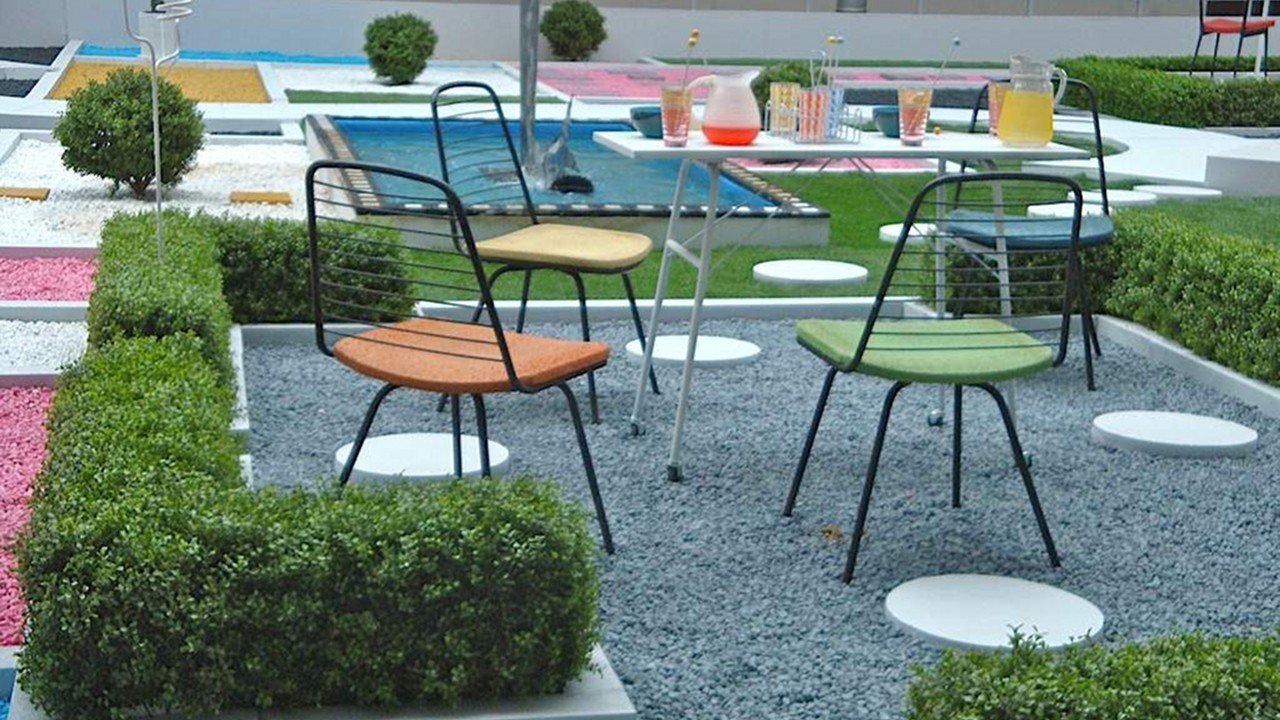 I'd never seen a full Jacques Tati movie before Mon Oncle. I tried to watch Playtime a few years ago, but found its approach to comedy far too deliberate for such low-calibre payoffs. Mon Oncle, on the other hand, did a much better job of introducing me to Tati's unique style of elaborate visual humor, which certainly has the touch of genius to it, even though I still found the overall product slight, impersonal and slapdash, and far, far too long.

Jean-Pierre Zola stars in Mon Oncle as Mr. Arpel, a wealthy business executive with a swanky modern house full of whimsically futuristic, hi-tech features. His wife, Madame Arpel (Adrienne Servantie), keeps their trophy home immaculate, making it inhospitable for their young son, Gerard (Alain Bécourt), who just wants to play. Mme. Arpel's brother, Mr. Hulot, is the complete opposite of her husband: disorganized, dishevelled, and living in a small apartment in a funky neighborhood as full of life as it is littered with garbage. After persistent pestering from his wife, Mr. Arpel reluctantly agrees to hire Hulot at his plastics factory. Hi-jinks ensue.

It's very clear from the opening scenes of Mon Oncle that Tati is a brilliant designer with a comic sensibility not far out-of-line with the great movie slapsticians: he seems to favor running people through intricate patterns and the whimsical chaos that ensues when those patterns are disrupted. It would be easy to assume, from watching this, that Chaplin's Modern Times is hugely influential on Tati's work. However, I also found Tati's humor to be too soft and unambitious, his pacing dreadful, and his narrative concept sloppy, at best.

The title Mon Oncle is a good example of how lazily conceived is Tati's film. Although Hulot is Gerard's uncle, this relationship is only explored during a single segment in the middle of the film, none of which is seen through Gerard's point-of-view. Gerard is, in fact, mostly peripheral, and Hulot himself is only a supporting character. Mon Oncle is primarily about the Arpels and their house. It's like calling Jaws "Quint's Boat," or It's a Wonderful Life "The Uncle Billy Story." While the title doesn't really matter to the substance of the movie, it's indicative of the degree to which very little thought was put into everything except for the painstaking visual details.

For the most part, Mon Oncle is concerned with the constantly fritzing technological innovations at the Arpel's house, and how badly Hulot mucks up the precision machinery at the factory. There are some well-worked bits of physical comedy in these sections, but each gag is typically belabored long past the minimal amusement they offer, and some of them require stretches of credibility to make sense even within the skewed comical world that Tati has created.

I found the comic design of Tati's world appealing: for example, cars move in rigid patterns and park in boxes painted on the ground, and the factory's primary product is long, red plastic tubing; however, I never felt like Tati knew what to do within that world of his. Parts of it are sweet, other parts incoherent. Ironically, the theme of Mon Oncle seems to be that, as people move up in the world, they become caught up in social and commercial machineries that displace them from their core humanity. Yet, this is exactly what Tati does to his characters, enslaving them to the machinery of his long-winded gags, to the point where the only remnants of humanity that survive are canned and half-hearted. It doesn't even build-up to a satisfying comic finale: this extremely long 110 minutes concludes with a downer of a plot turn followed by an unsatisfactory and cheaply sentimental callback to one of the movie's weakest gags.

Mon Oncle is the kind of movie that would be great to have on during a party: there's little dialog, individual moments are amusing, it looks fantastic, and there's no benefit to watching more than a few minutes of it at a time. 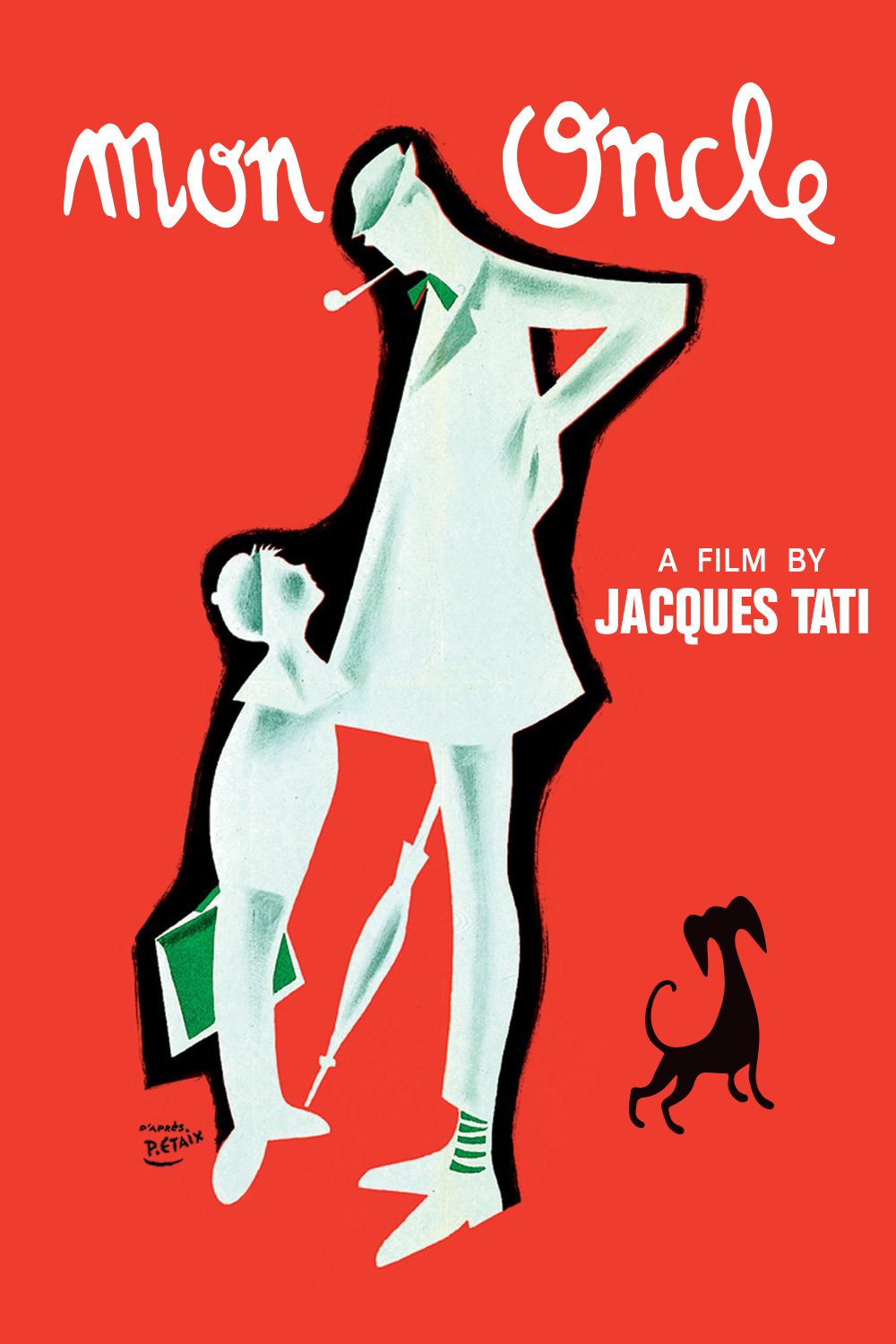