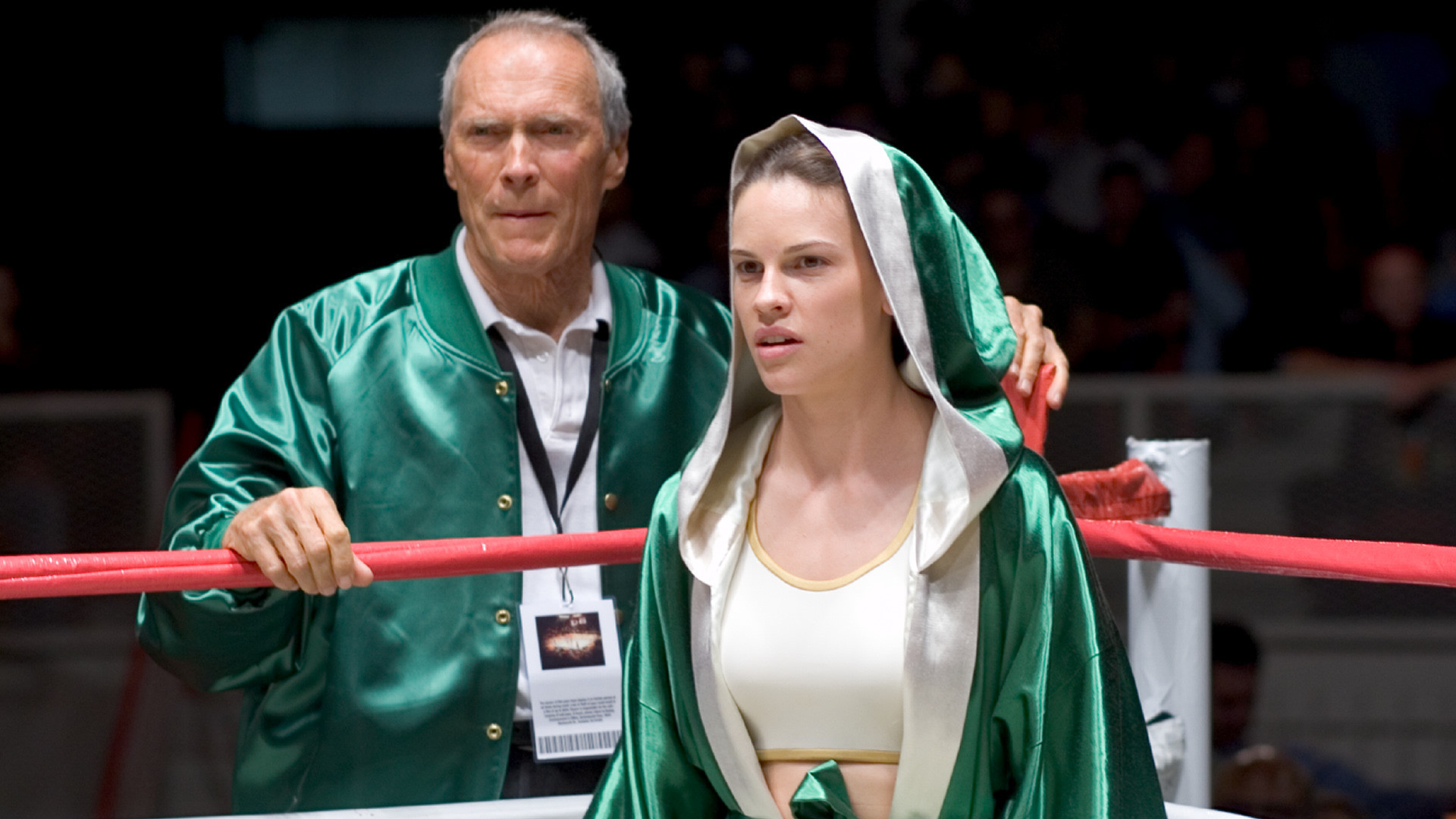 Million Dollar Baby is another one of those very mediocre, generic movies that have garnered massive praise for effectively aping the aesthetics of great movies while having none of the substance. I call it the "Darabont Syndrome."

In what feels like a dirge from the opening credits, Million Dollar Baby stars Clint Eastwood as a (you'll never believe it) grizzled boxing manager capable of only 2 facial expressions, who reluctantly takes on a determined female fighter (Hilary Swank). Morgan Freeman co-stars as a (you'll never believe it) sage-like former boxer whose flowery narration sounds like the work of a hack 1950s sports reporter sentenced to Shawshank for reckless typecasting.

There is no energy or tension to most of Million Dollar Baby because all of the characters are types rather than people, and they never extend outside a very limited scope. Even though the movie veers wildly from typical fight movie formula in the final act, the precious, dour ending is given away at the outset by the precious score and the nearly parodic umbrella of sadness hovering overhead throughout.

Swank is a very capable, direct and earnest actress, but a movie like this — with Eastwood and Freeman so rigidly encased in their beaten-down personas — needs a wildcard performer who is going to add a spark of magic to that character, and that's not her gift.

I liked parts of Million Dollar Baby (when the awful narration would let up for a few minutes), and some of the fight scenes almost drew me in, but the small slivers of goodness were capably balanced out by some cartoonish villains and a final shot that is so obviously and inelegantly telegraphed earlier in the movie that it's embarrassing.

It was because of trite, lifeless and safe movies like this (and A Beautiful Mind, and Crash, and Chicago, and...) that I tuned out most of mainstream Hollywood during the early 2000s. 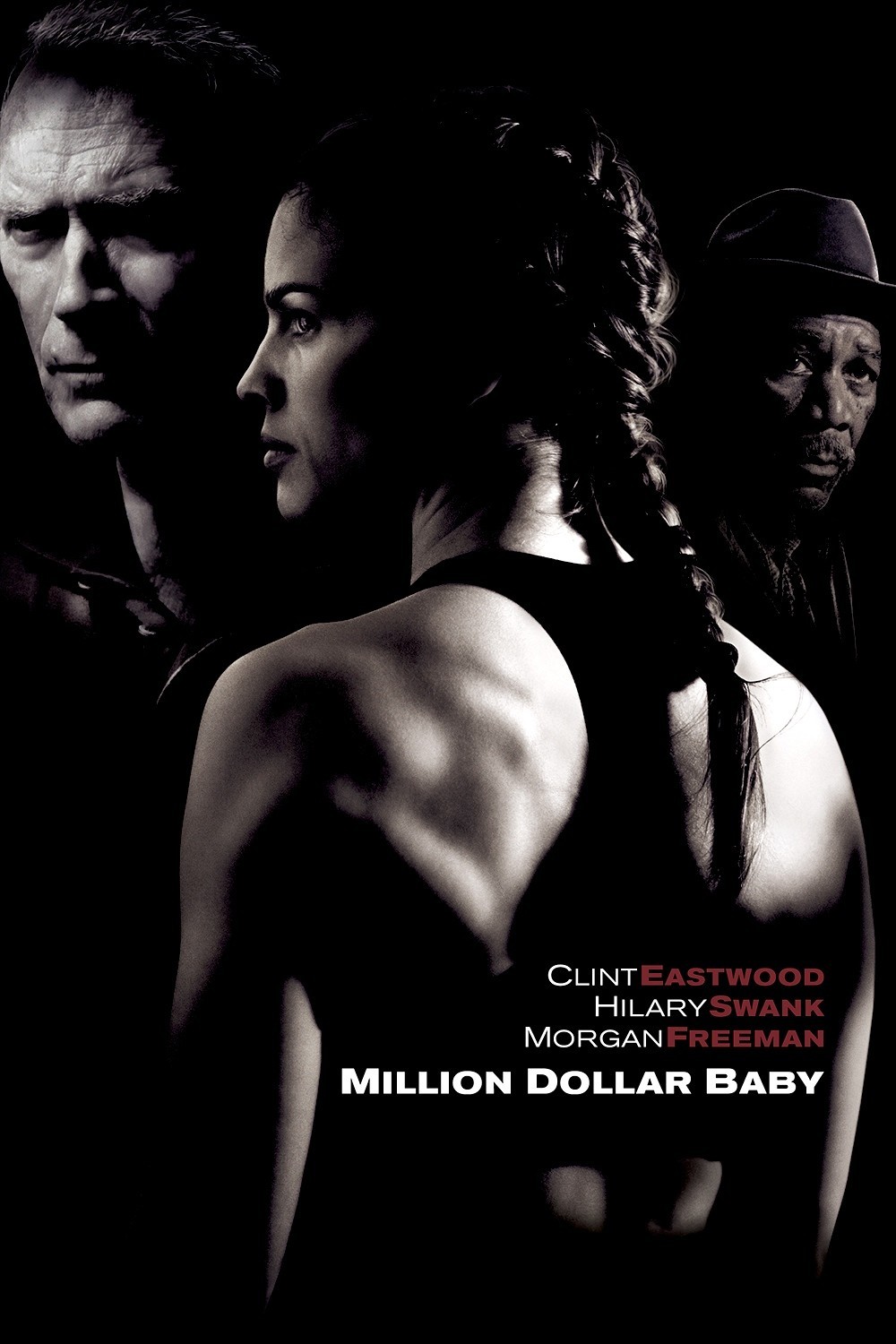