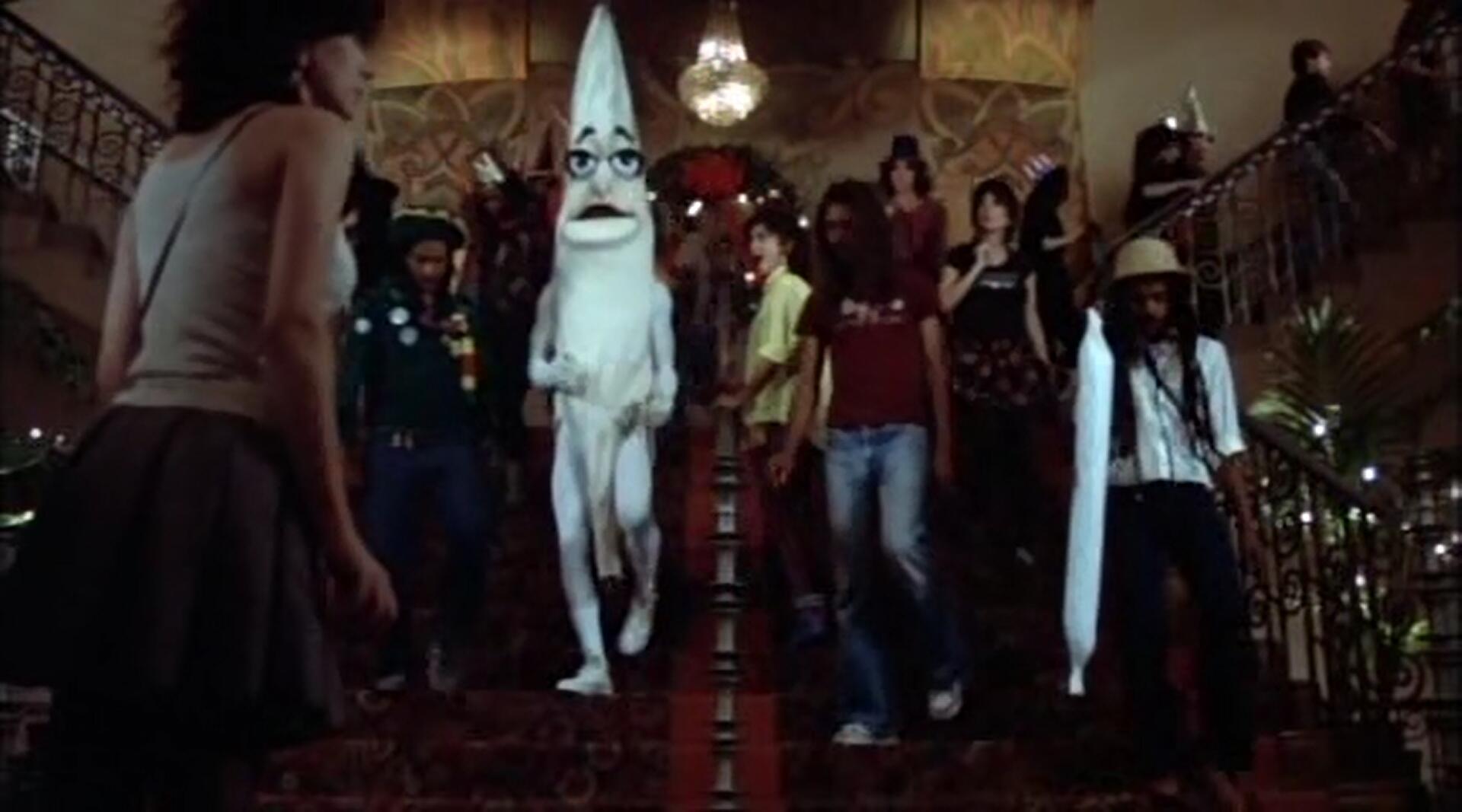 I've felt for a while that I'm not as big a fan as I should be of the 1979 comedy Rock 'n' Roll High School. I like it, but it's always felt, to me, a little too tame for its subject matter. the 1983 comedy Get Crazy, also directed by Allan Arkush, has the same wild, goofy, anarchic spirit but hits the mark better for me.

Daniel Stern stars as the stage manager of a legendary theater's 15th annual New Year's concert, featuring a range of bands from blues to punk to glam. Complicating this already difficult job, an evil real estate developer (Ed Begley, Jr.) has instructed his henchmen to destroy the building, and a mysterious (possibly inhuman?) drug dealer known as Electric Larry is distributing unusual substances to the performers and staff.

Arkush conceived Get Crazy as a love letter to his time running the stage at the Filmore East, and the movie's frenzied mix of sight gags, backstage hijinks, bit parts and cameos, and genuine love for music and it's eccentric characters combine into a R-rated, puppetless version of the Muppet Show — which is an absolute blast to watch.

Get Crazy is yet another practically "lost" 80s comedy that didn't get the cable play it deserved at the time, and is criminally underexposed now. It was another terrific movie recommended to me this month by the editors of Destroy All Movies: the Complete Guide to Punks on Film and has also been featured on the Junk Food Dinner Podcast. See the side column for links. 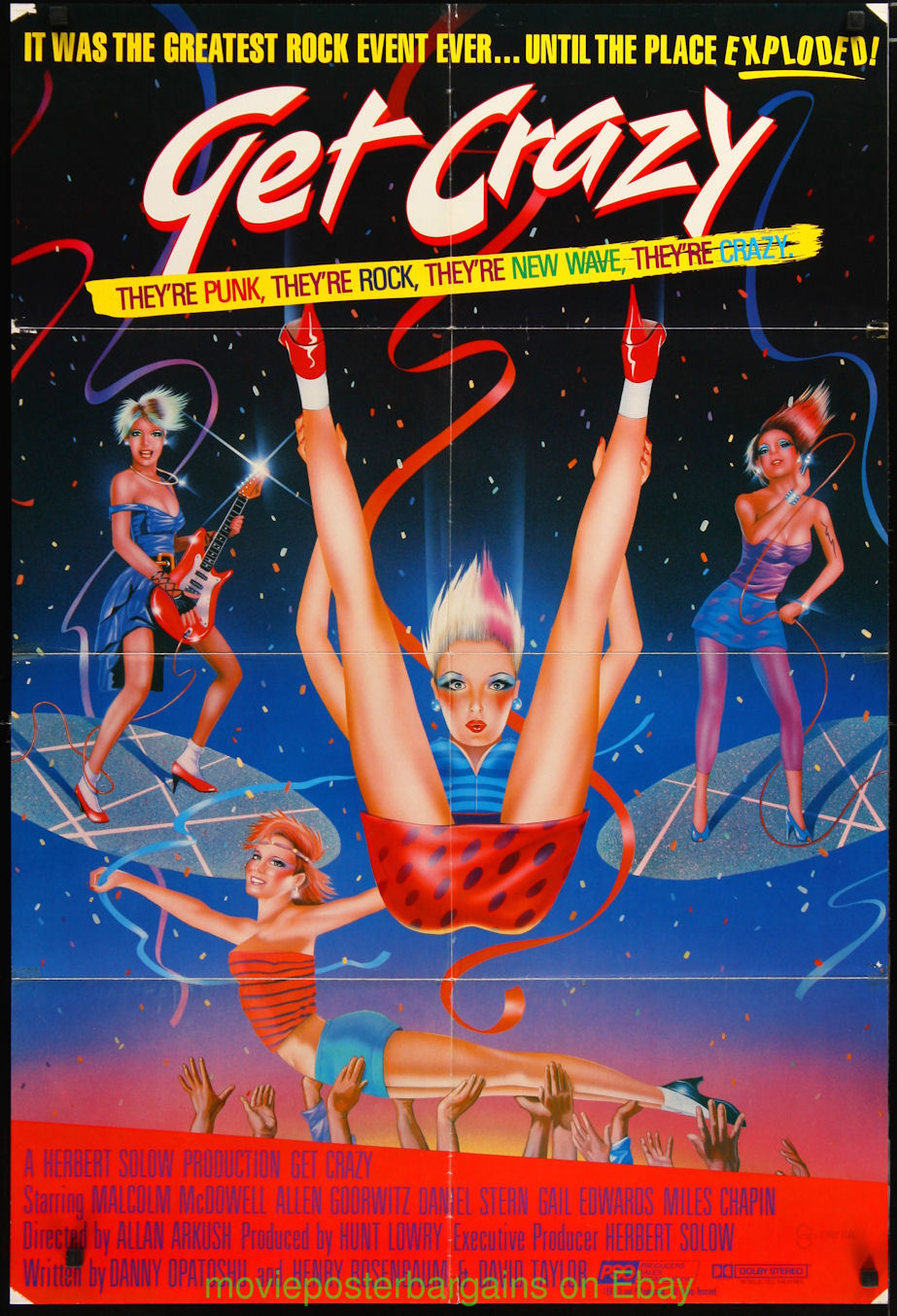