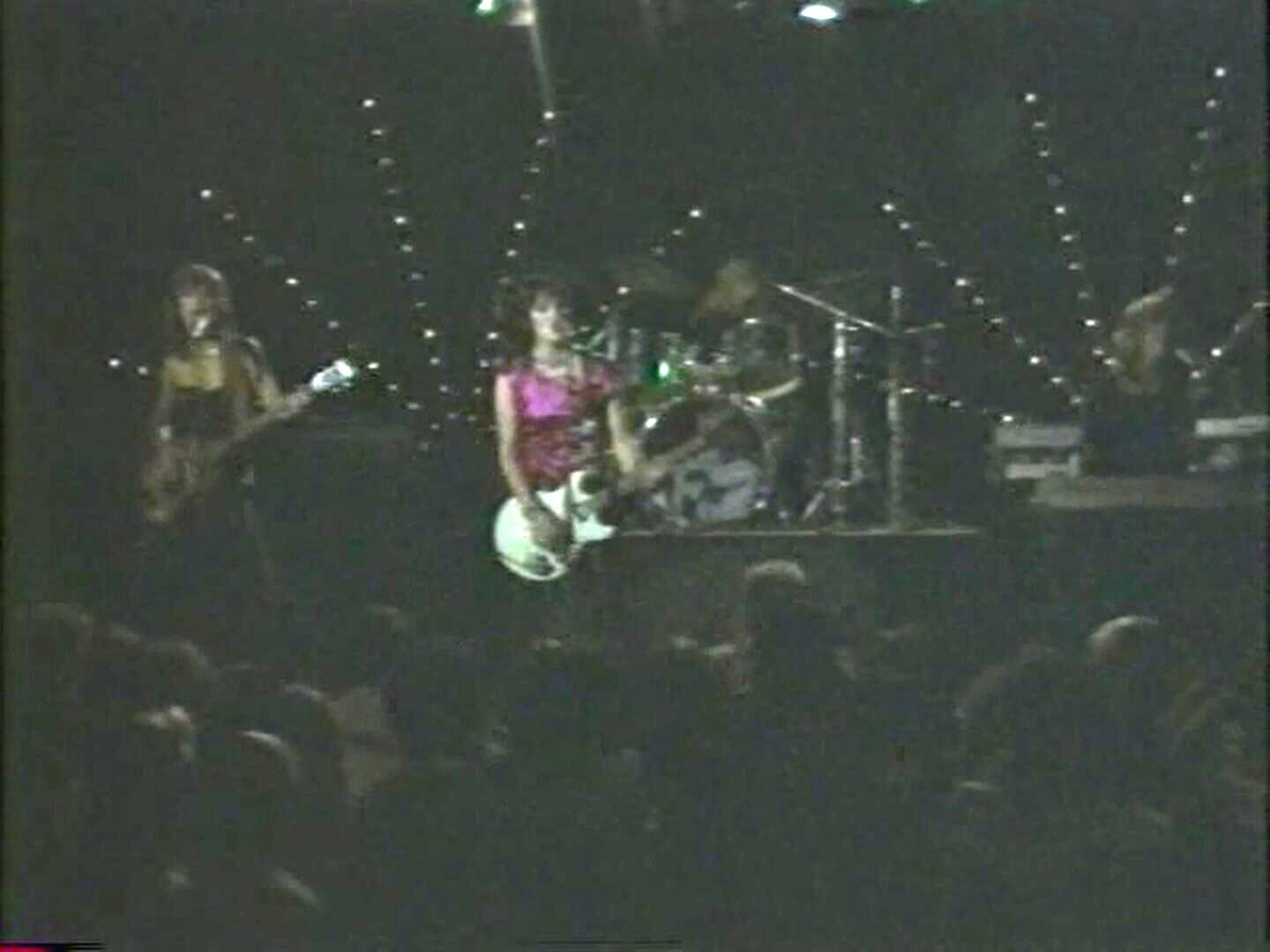 Even though no one recommended duBEAT-e-o for this month's Punk Movies theme, I couldn't resist adding this obscure artifact that hasn't seen the legitimate light of day since its VHS release. Maybe I should have resisted, but I ended up almost liking this weak excuse for a movie, despite its lack of quality in nearly every regard.

The story behind duBEAT-e-o is more interesting than the movie itself: in the late-1970s Joan Jett agreed to star in a movie about her all-girl punk band the Runaways. None of her band mates consented, so they were replaced in the movie by actresses. Only about an hour of footage was shot before the whole project, titled We're All Crazy Now, was scrapped. Six years later, TV producer Alan (Welcome Back Kotter) Sacks took that footage and built a new movie around it. However this frame story — a douchebag movie director (Ray Sharkey) is given 31 hours to deliver to finished movie from the footage or face the wrath of his mob financiers — was so slight, that Sacks brought in punk scene impresario El Duce to record a barely audible commentary track plays over an intermittent series of edgy photo montages featuring the punk bailiwicks of homelessness, graffiti and racy bondage.

The only times duBEAT-e-o approximates a watchable movie are during the all-too-brief clips of Jett and her fake band mates goofing off in the street and on a bus, and performing a couple of Jett's original songs. While the filler montages accurately evoke the punk spirit of the mid-80s, they feel shoehorned in, almost like un-commercial breaks, but are still a relief from Sharkey's dull and irritating primary plot line.

Weirdly, however, I didn't hate duBEAT-e-o as it probably deserved. Running a scant 83 minutes, it jumps around enough to avoid incurring too much wrath or boredom, and ultimately fits so comfortably within this month's theme, that I almost even appreciated it when it was over. Almost. It was still pretty bad, aside from the Jett footage. I would've liked to have seen that movie. 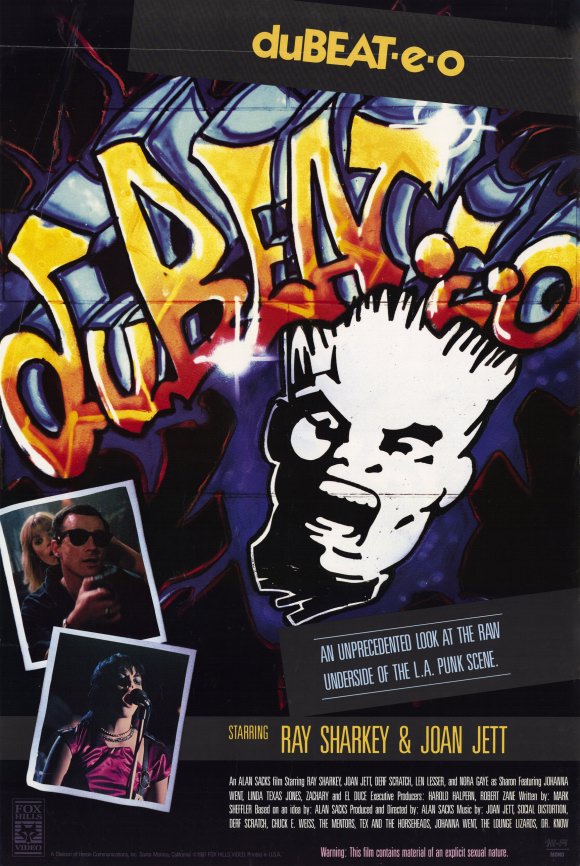