The Mad Max series is not officially on our slate of Punk Movies this month, because we try to focus on movies we haven't seen lately, if at all. However, we've been wanting to revisit George Miller's action trilogy before the release of Mad Max: Fury Road, and my binge-listen of the Junk Food Dinner podcast was nearing their Mad Max-themed episode, so it seemed a fortuitous time to get reacquainted.

I'd only seen the original Mad Max once on cable in the 1980s but the sound was so horrible it was incomprehensible. It turns out, even with good sound, the movie is a narrative mess with a confusingly half-realized concept, but with enough great scenes to make it work as a low budget grindhouse thriller.

Mel Gibson stars as Max, one of the few remaining cops in an Australia plagued by roving gangs of gas theives. After several clashes that become increasingly personal, Max eventually goes on personal revenge mission against a lunatic (and super-gay) ringleader known as Toecutter.

In Mad Max Miller establishes a couple of the series' enduring staples: crazed road gangs of savage brutes & spectacularly violent vehicle chases and stunt work. There is literally nothing else in it that makes a lick of sense, which makes its sequel even more impressive.

Mad Max 2: the Road Warrior is a rare sequel that not only fixes every serious problem with the first entry in the series, but also transforms and coheres the best ideas into a complete vision. It's a nearly perfect action movie.

Now fully post-apocalyptic, Australia is a wasteland and oil has become a rare commodity. Max comes upon a community that has been producing their own oil but are also under constant attack by outlandish villains. Max agrees to help them escape, cluminating in one of the best prolonged action sequences that's ever been devised.

In addition to making an international star out of Mel Gibson, The Road Warrior assembled the most perfectly cartoonish punk gang of the 1980s: Lord Humongous set a trend by hiding his scarred head behind a hockey mask, and his excitable sidekick Wez has perhaps the most recognizable Mohawk in film history. If you feel the need to revisit any of these movies before Fury Road comes out, this is the one.

Where The Road Warrior perfected the problems with Mad Max, the third installment, Mad Max: Beyond Thunderdome, disassembles everything good about the series and tries to build something different with the pieces. Its successes are minor.

This time around Max, now a complete nomad, is robbed of all his possessions, and tracks the thief to Bartertown, a wild trading post ruled over by a high-camp Tina Turner. She wants Max to help her deal with an agitating midget "genius" and his hulking bodyguard. This goes sideways, and Max is cast out into the desert, where he is rescued by a civilization of children. And then it ends with yet another shoehorned-in epic road chase that can never match the heights achieved in the second film.

Apparently Miller lost interest in the movie for personal reasons mid-production and handed it over to his 2nd unit director. There are compelling moments in the individual parts, and the ideas in the movie have become iconic to those of who grew up in the 1980s, but the whole film suffers from a lack of consistency and vision. If The Road Warrior is pure punk, Beyond Thunderdome is Adult Contemporary, from Turner's vamping to the atrocious music (you have to imagine it's being played by the shirtless muscleman from The Lost Boys). It's a huge let-down, and not without certain charms, but the weakest of the original three. 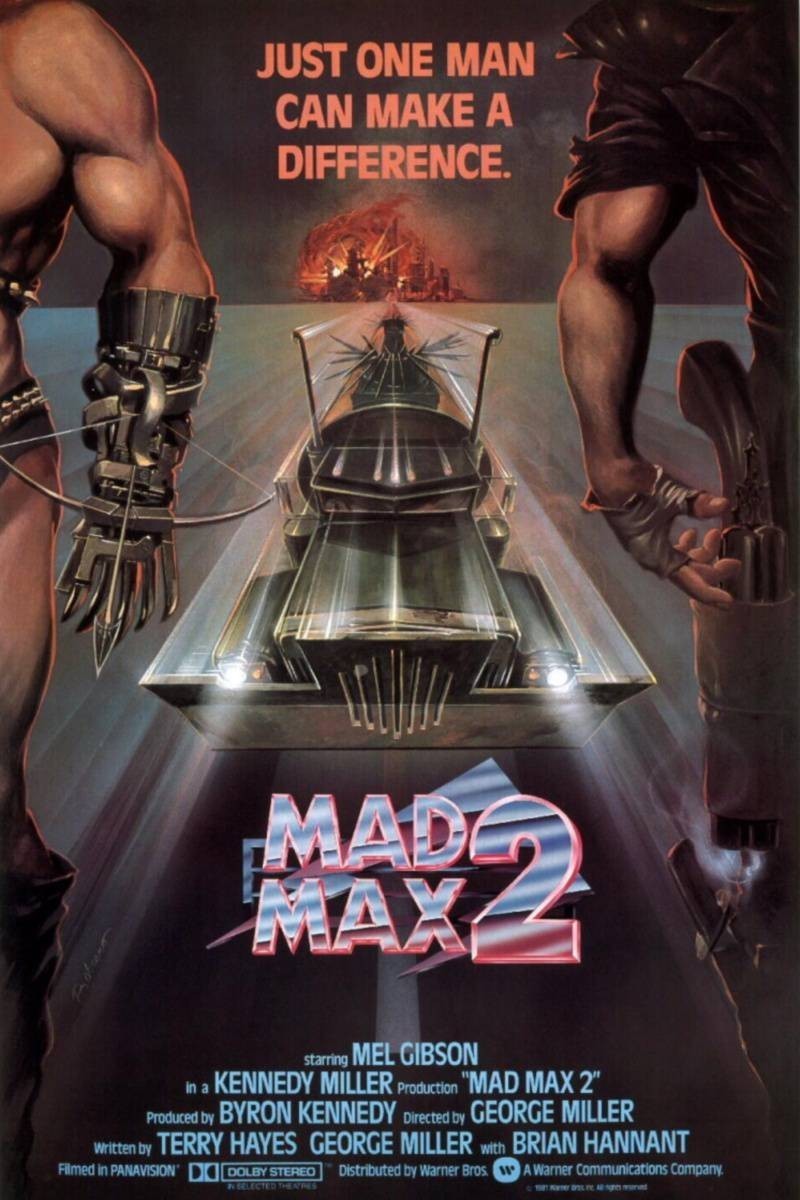