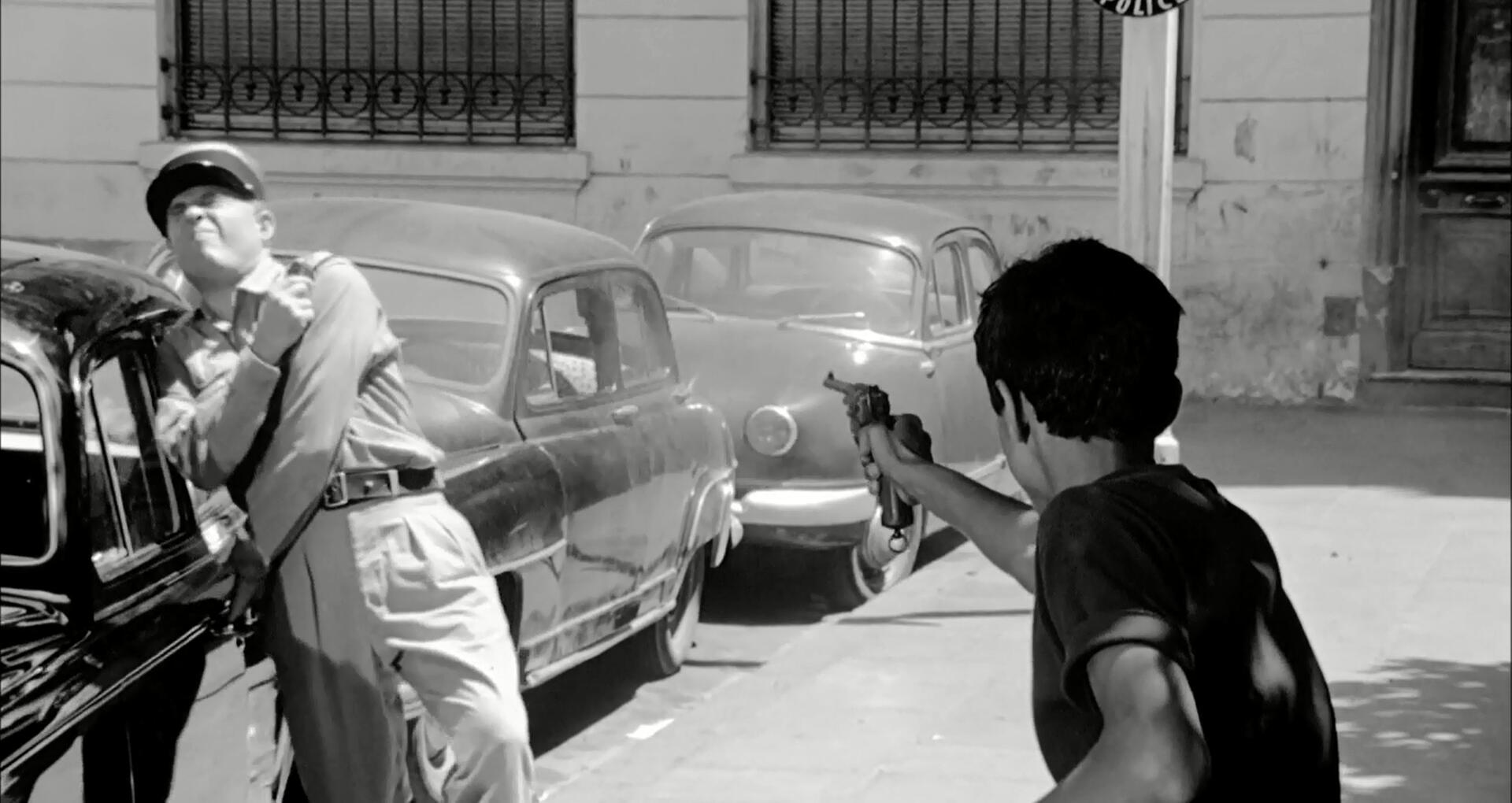 The Battle of Algiers

The Battle of Algiers: Reviewed

During a class in film editing 20 years ago we were shown a sequence from The Battle of Algiers. It was riveting, but it's taken PopGap to get me to finally sit through the whole movie. That scene — in which an Algerian rebel group executes concurrent bomb attacks against civilian targets — is still as great as I remembered, but the movie overall is one that I respect more than I enjoy.

The Battle of Algiers tells the story of the titular North African city's initial uprising against the French colonial government. In Italian neorealism style, director Gillo Pontecorvo depicts both sides of the conflict like an objective journalist simultaneously embedded with each side: the passionate, desperate rebels vs. the proud, sophisticated French military. the viewer observes like a fly-on-the-wall as each side employs vicious tactics against the other, sharing a common tactical detachment, as if they both know they are playing a necessary part in a well-worn game that must proceed accordingly toward an inevitable outcome.

While Pontecorvo clearly supports the rebel cause, he is remarkably fair to the French. the man in charge of supressing the revolution is Col. Mathieu (Jean Martin), who comes off as a super-cool S.O.B. who is unflappable and ruthless, but also full of admiration for his opponents and seemingly aware, even in victory, that his side will eventually lose to the tide of history.

Unfortunately, probably due to Pontecorvo's admiration, none of the rebels are drawn with the same level of detail. They are earnest and without nuance. While we see some glimpses of their domestic lives, the rebels are depicted as an indistinct mass of noble suffering. This makes them poor anchors for the narrative, and stretches of The Battle of Algiers can get pretty boring as a result, which is frustrating because the style and subject is otherwise gripping.

The Battle of Algiers is, at times, utterly gripping. Sadly, it's missing the human component that would engage the viewer emotionally, but it still has some very subtle statements to make about the many stages and disturbing nature of revolution.

Trailer for The Battle of Algiers (1966) 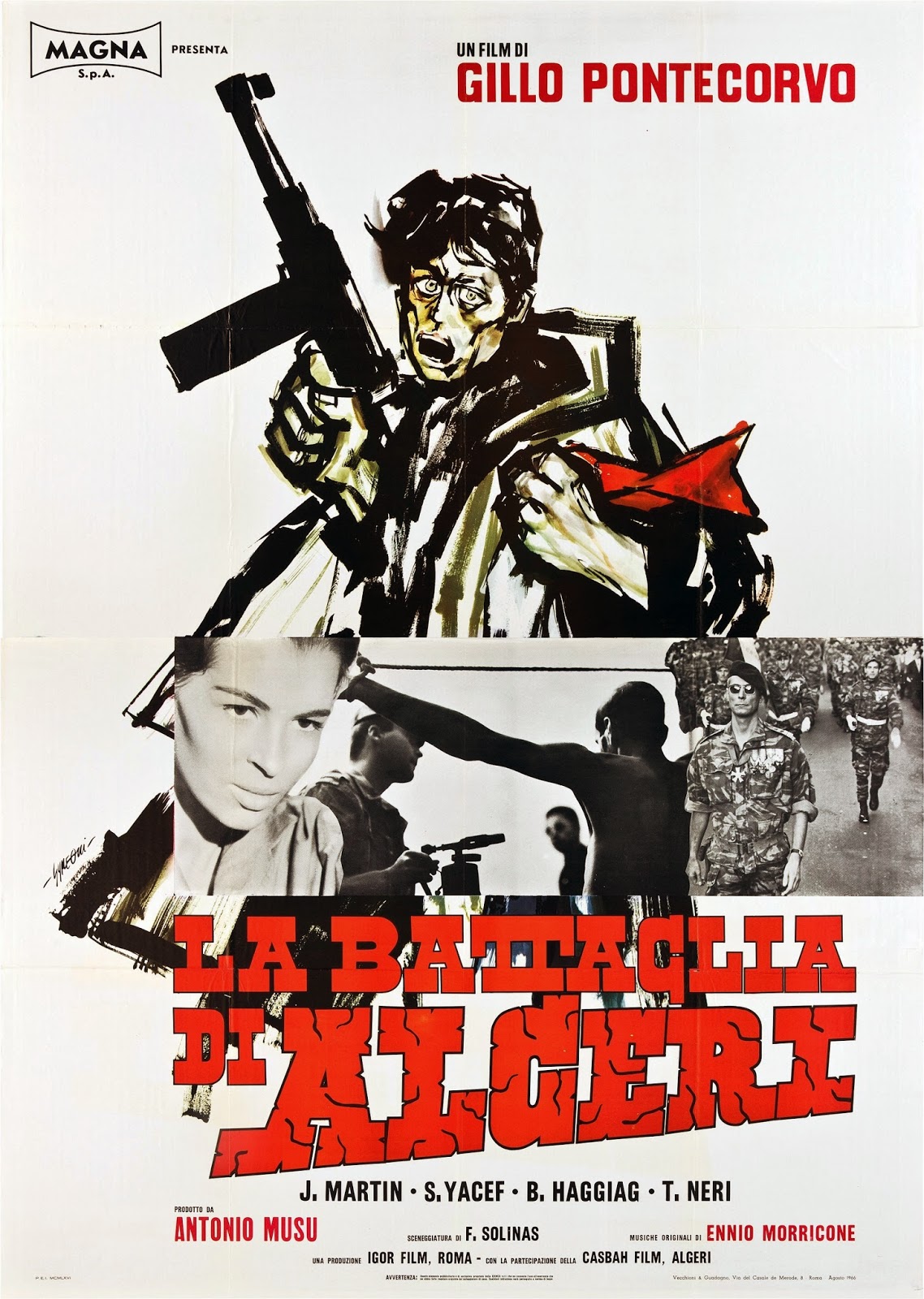