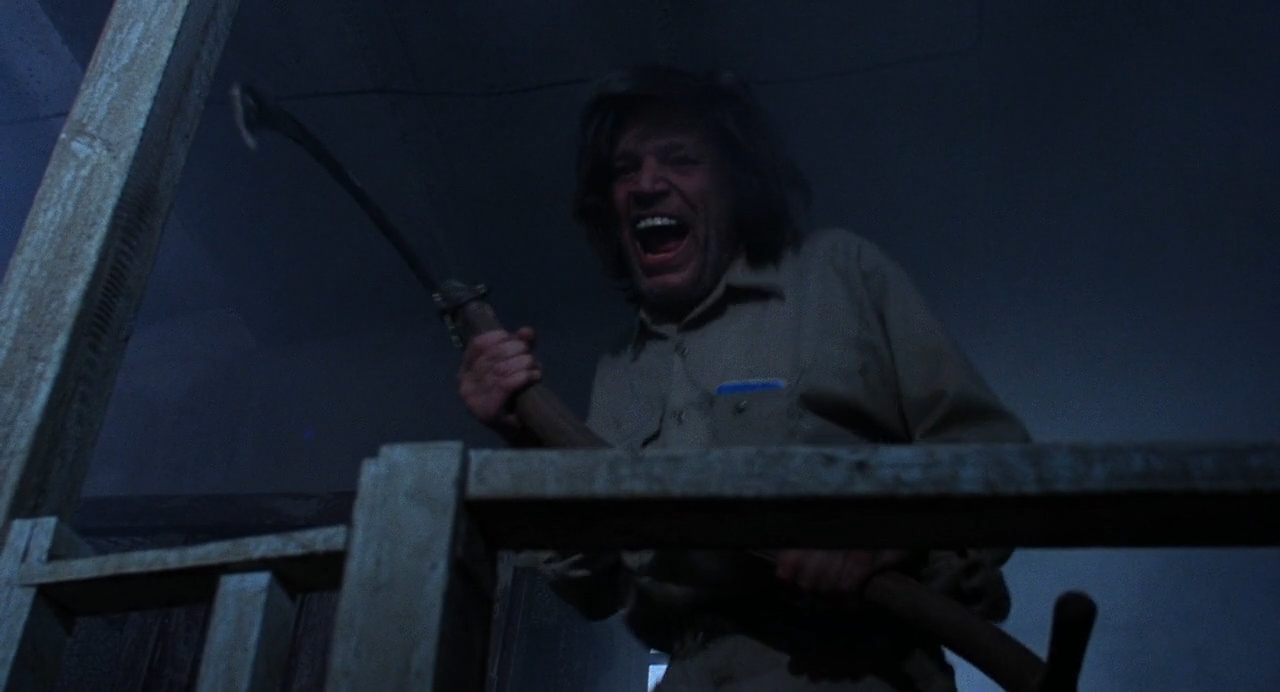 In the 12 years following The Texas Chainsaw Massacre, director Tobe Hooper turned out three more fantastic horror movies confidently covering a wide range of styles: the nightmarish slasher The Funhouse, the Spielbergian PG-rated classic Poltergeist, and The Texas Chainsaw Massacre, Part 2, which dramatically shifted the tone set by the original from earthy terror to a broadly comic exploration of 1980s madness. Before this run of success, however, he followed his 1974 his masterpiece with the less assured Eaten Alive, which is only partially successful at cannibalizing parts of its predecessor while veering off into aimless and incoherent subplots.

Neville Brand stars as the crazed owner of a rundown and obscure bayou hotel. the same night that he feeds a runaway prostitute to his giant crocodile (imported from Africa, he'll tell anyone who will listen), he gets an inexplicable rush of guests, each of whom poses a new problem for the proprietor and a potential snack for his pet.

Eaten Alive has a viscerally gripping final 10 minutes, which belatedly recalls the mastery Hooper displayed throughout The Texas Chainsaw Massacre. However, to get there, Eaten Alive first struggles through almost an hour of weird, insubstantial and pointless character development. Horror icons William Finley (Phantom of the Paradise) and Marilyn Burns (TCM) are caught up in a particularly perplexing domestic drama that involves inexplicable wig-wearing and animalistic barking. It's a shame that so little of Eaten Alive is focused on horror — a lengthy segment concerns a young woman (Crystin Sinclair) and a sheriff (Stuart Whitman) going to a rough saloon for dinner — because that's where Hooper excels. Far more telling than the laborious scenes of Martin moping around his hotel are the little moments of surprise he displays in the act of murder, as if he had no idea what a scythe or a pitchfork might do to a human body. 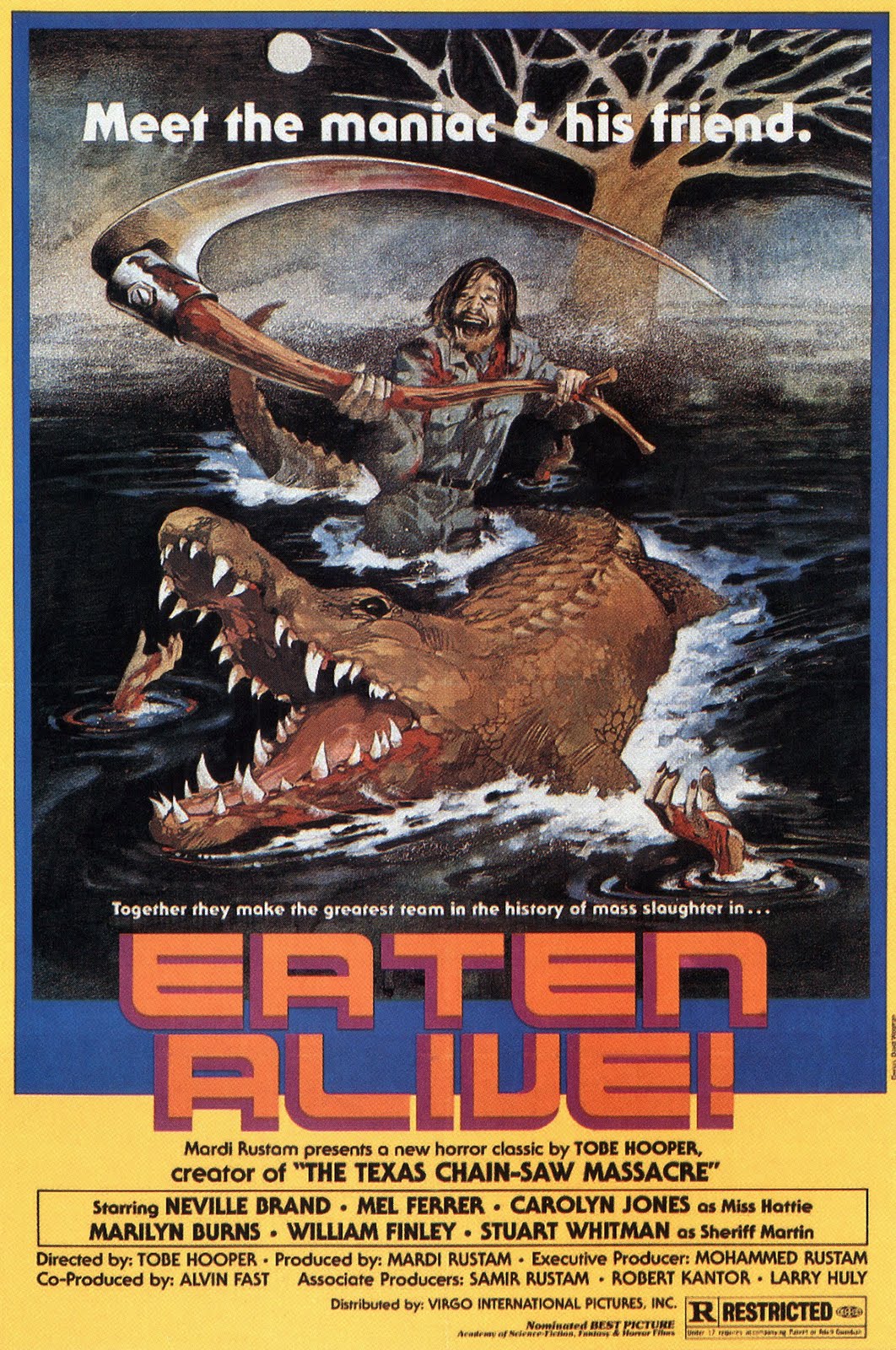