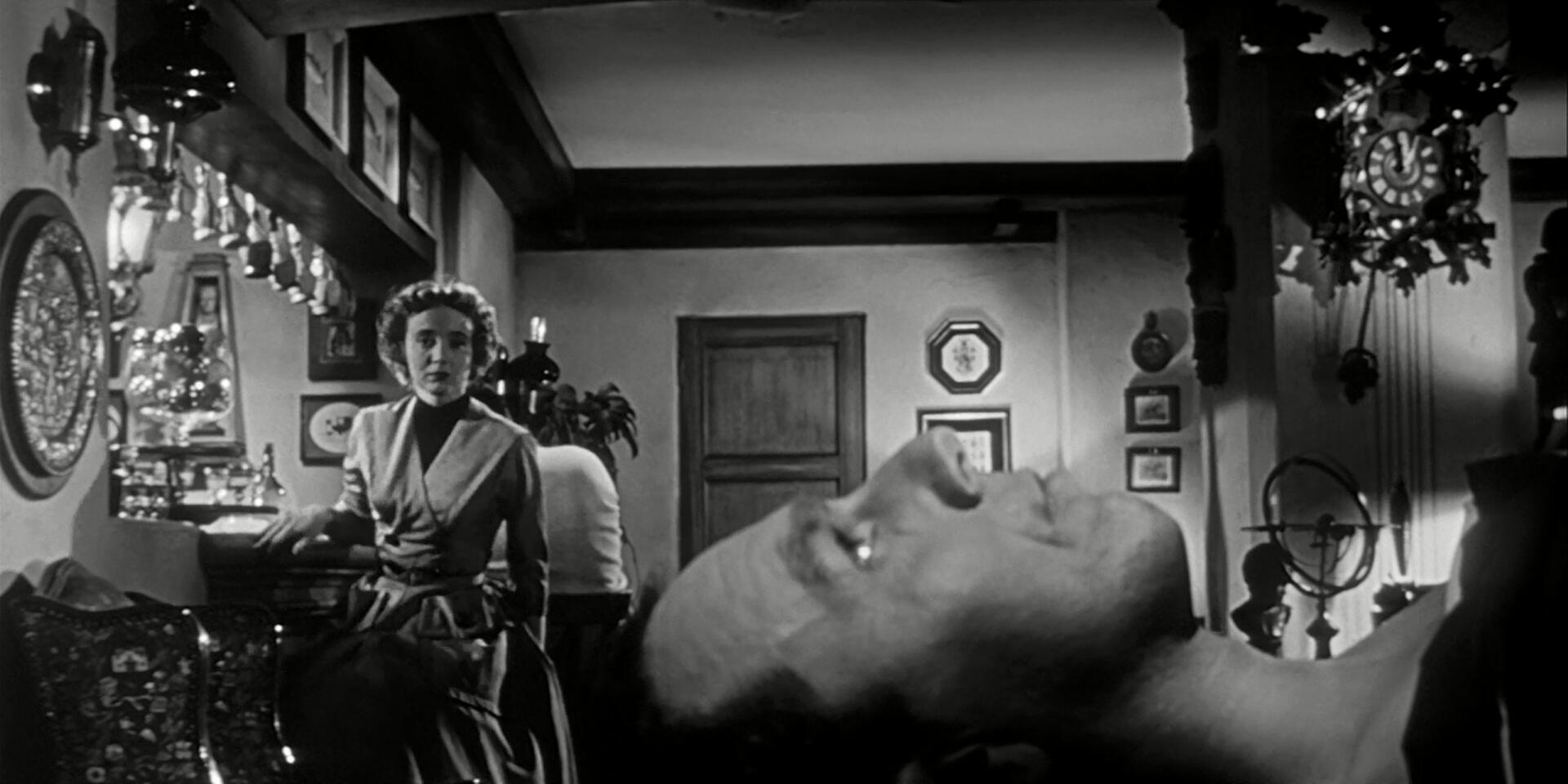 With the disadvantage of having been the first of four (so far) movie versions of this story, Don Siegel's Invasion of the Body Snatchers suffers a bit during its first hour from a tendency to over-explain concepts that have since become unspoken assumptions. While this may be unfair — perhaps audiences in 1956 did need the basics of sci-if suspense plotting spelled out in somewhat numbing detail — it shows the same inclination when it comes to subjects that the characters themselves shouldn't even know anything about, such as when Kevin McCarthy's Dr. Bennell makes claims about the quality of the organs in an alien being that he has never dissected, or guesses the entire invasion scheme mere minutes after encountering his first pod.

However, despite this initial clumsiness, Siegel builds tension very capably, leading into a final half-hour that contains one great scene after another and some of the best cinematography of the period. Before you know it, McCarthy and and Dana Wynter, as Becky, transition from glib, one-dimension performances into characters of real desperation and depth.

Philip Kaufman's 1978 remake of Invasion of the Body Snatchers remains my favorite version of this story, as it perfectly captures a sense of paranoia among the human and uncanny otherworldliness among the invaders. Siegel, working on a much smaller scale and with far less room for narrative sophistication, pays little attention to those kinds of details — you would be hard-pressed to tell an alien from a human without McCarthy drawing so much negative attention to himself — but as a work of 1950s cinematic art, it's still pretty special.

Trailer for Invasion of the Body Snatchers (1956)

Invasion of the Body Snatchers (1956) Stills 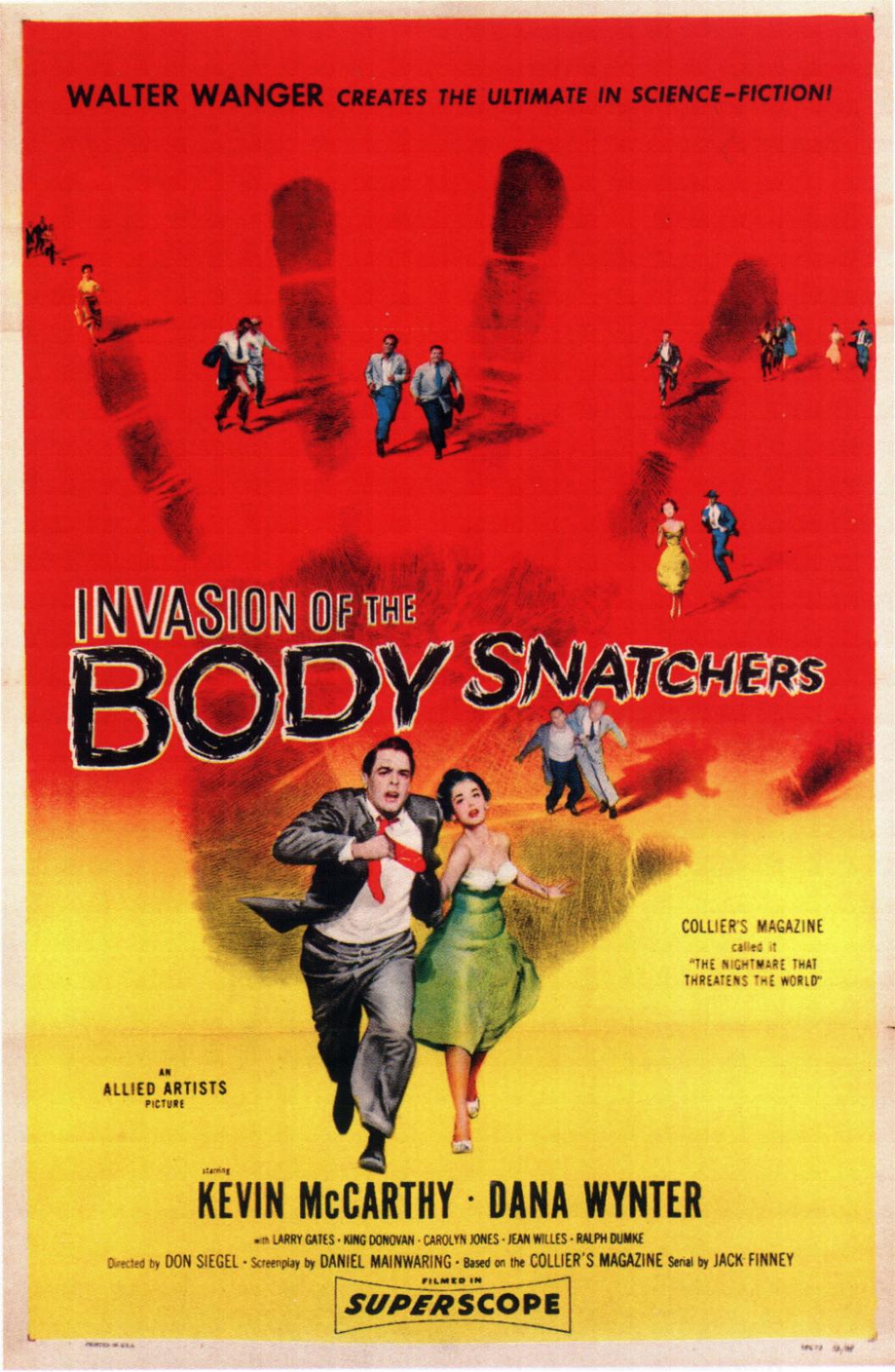