The first time I watched Nightmare City — over 10 years ago — I came away thinking of it as my favorite Italian zombie movies of its era. Now, I must accede that isn't really a zombie movie: the hoards of contagious cannibalistic attackers in Nightmare City aren't dead (even though one of the alternate titles for the movie was City of the Walking Dead) and they have more personality than zombies — they smile, they get excited, and they get really really stabby with weapons — but in every other respect they are quintessentially zombie-ish, so I still consider it "a zombie movie," even though it isn't, and one of the most fun, mainly because of those differences.

In Nightmare City, it's radiation poisoning that creates a wave of murder-crazy mutants who appear to be covered in splotches of moldy cheese. As these toxic avengers proceed to rip the shirts off of most of the women they eat before they eat them, a TV news reporter (Hugo Stiglitz) and his wife (Laura Trotter), among a few others, try to survive the world gone mad.

Director Umberto Lenzi may have thought he was making a sociopolitical statement with Nightmare City — Trotter has few anemically polemic speeches that recycle the old "who are the real monsters?" trope — and not just an almost-zombie movie, but the scenes that work are the wild and savage not-zombie attacks. More than any other zombie-like movie I've seen, Nightmare City's action scenes are a dazzle of particularly unhinged mayhem, with a raw energy that completely mitigates the absurd lack of spatial continuity and poor self-preservation instincts on the part of the victims.

While it's not a non-stop gut-munching carnival like last Octoblur's Burial Ground: Nights of Terror, Nightmare City is distinctive, visceral and as good as any Italian zombie movie of the late 1970s or early 1980s, even if it isn't one (but really is) itself. 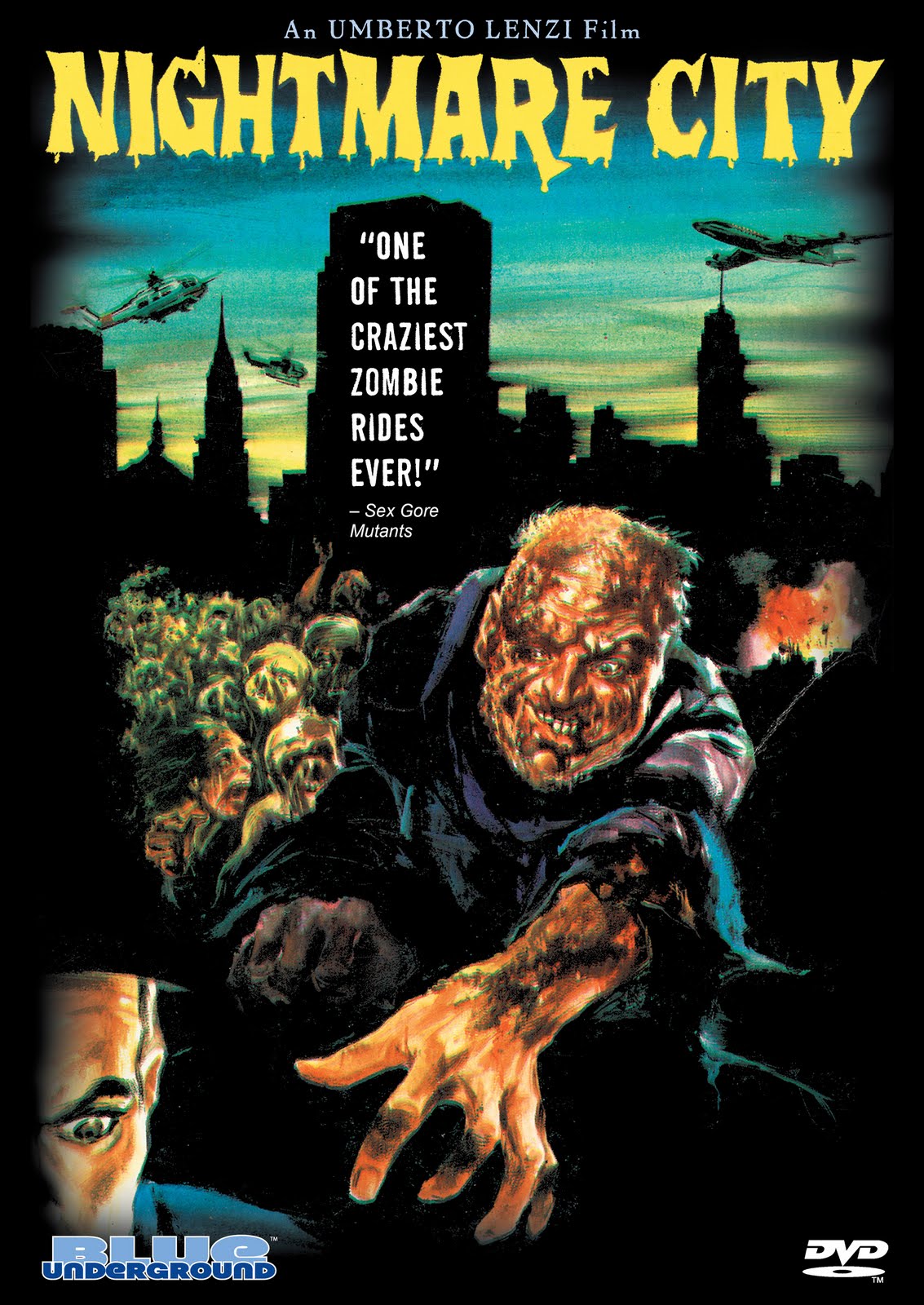 AKA: Incubo Sulla Città Contaminata
Octoblur: If the quality doesn't scare you the quantity will.
More about Nightmare City (1980) on Videopolis